Belfast is one of my favourite cities right now, so much so that I head up at least once every month or so.

A few months back a highly anticipated restaurant made its ways overseas and set up shop in the buzzing Cathedral Quarter.

Say hello to Six By Nico.

Originating in Scotland and now being one of the most popular spots to dine in Edinburgh and Glasgow, Six By Nico is a foodie haven.

Every six weeks, Nico and his team serve up a brand new menu – each one themed upon a different place or memory.

So far in Belfast there has been “Chip Shop”, “Childhood” and “Cooking Catalonia”. I was lucky enough to get a table for Childhood.

The place was absolutely rammed as soon as I arrived, it’s no wonder why getting a booking here can be so challenging and has to be done well in advance.

Inside, it’s your typical millennial-esque, “trendy” interiors. Long leather booths shape the right side of the restaurant paired with marble top tables and the unlucky chair - yeah, you know the type, when you get to your table and almost argue over who gets the comfy booth to sit on. This time around, unfortunately for me, I was on THAT chair.

The whole room is dimly lit by candlelight, those long-hanging big bulbs that every single interior designer seems to be wetting themselves over, black and white tiled floors and a splash of yellow from the cushions resting on the booth.

I was hoping for more to be honest, there was nothing inventive or new, I could have been anywhere.

The walls add a bit more life to the place with quirky pictures, graffiti and some designs from past menus. I quickly drew my attention back to the menu, that’s the most important thing after all. 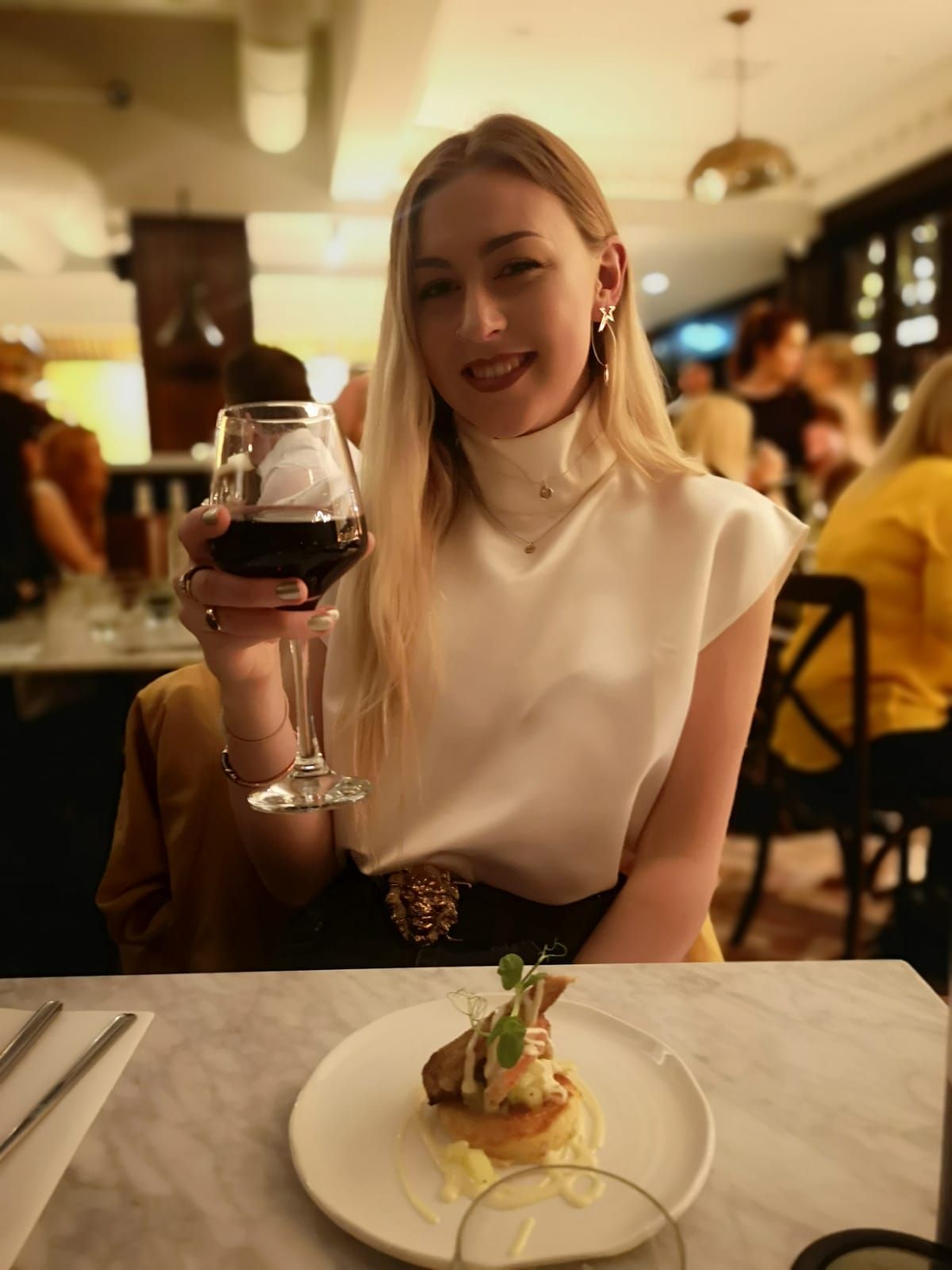 What’s On The Menu?

What I liked about this place from the first second was that your meal has already been planned for you - it’s either veggie or not, that’s your only choice.

My menu consisted of an eclectic mix of flavours and textures. My meal featured mac’n’cheese, dippy egg and soldiers, pancakes, cereal fish and meat but they were all prepared and presented in a completely unique and unusual way.

First up was Nico’s rendition of mac’n’cheese made with compressed grape, cauliflower couscous, caper and raisin. It was a great way to start things off, I mean who doesn’t like mac’n’cheese?

It was light, crispy on top and really tasty. We were off to a great start… 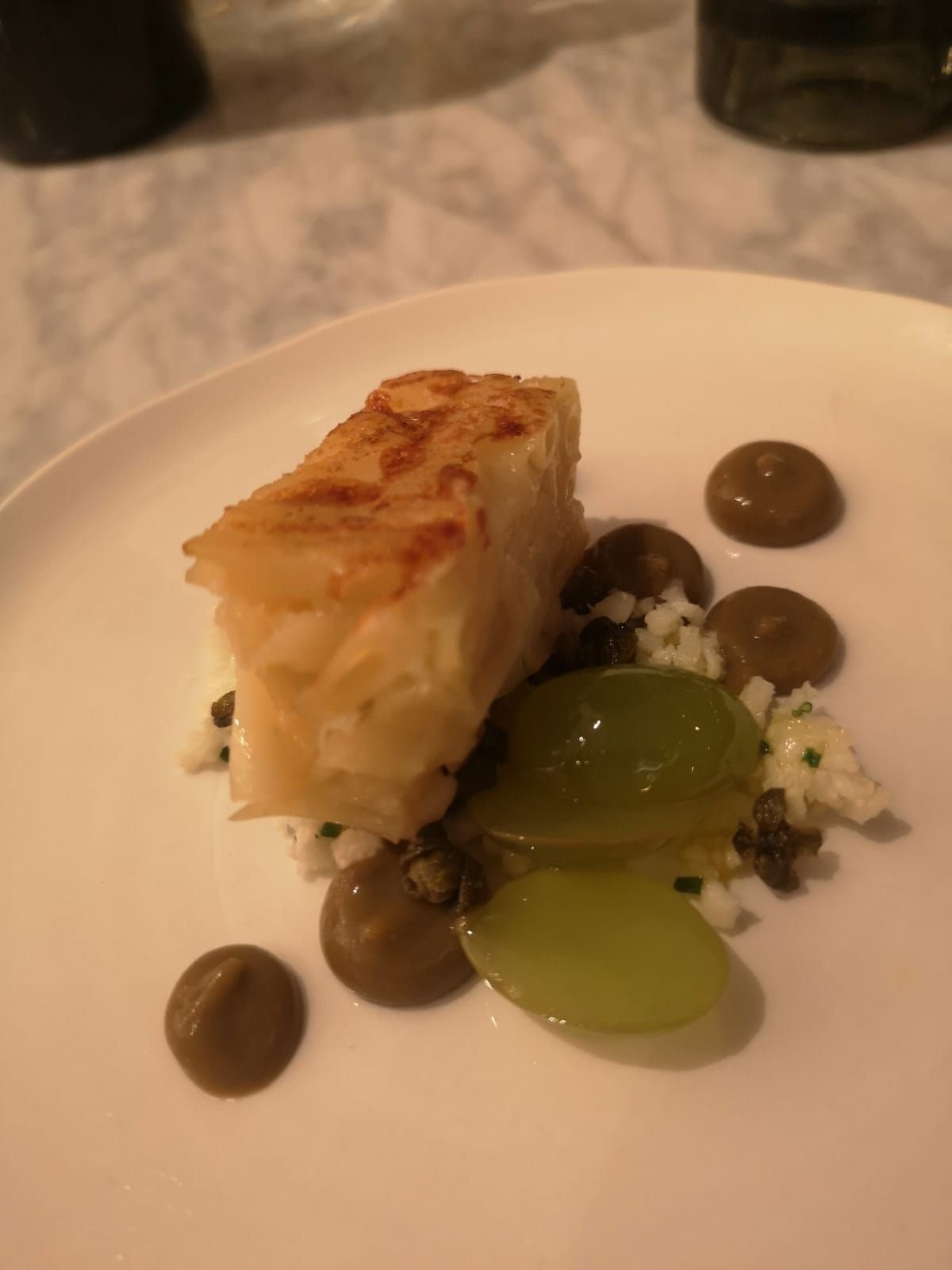 Next up was probably my favourite dish of the whole meal, egg and soldiers. This was made with a duck egg, pecorino, black garlic emulsion and asparagus salad. The flavours in this were insane, I wanted to reach over and finish off my friends plate while she left the table.

The courses really as a “taster” - you could have an entire dish eaten in a matter of seconds, especially if you’re hungry. 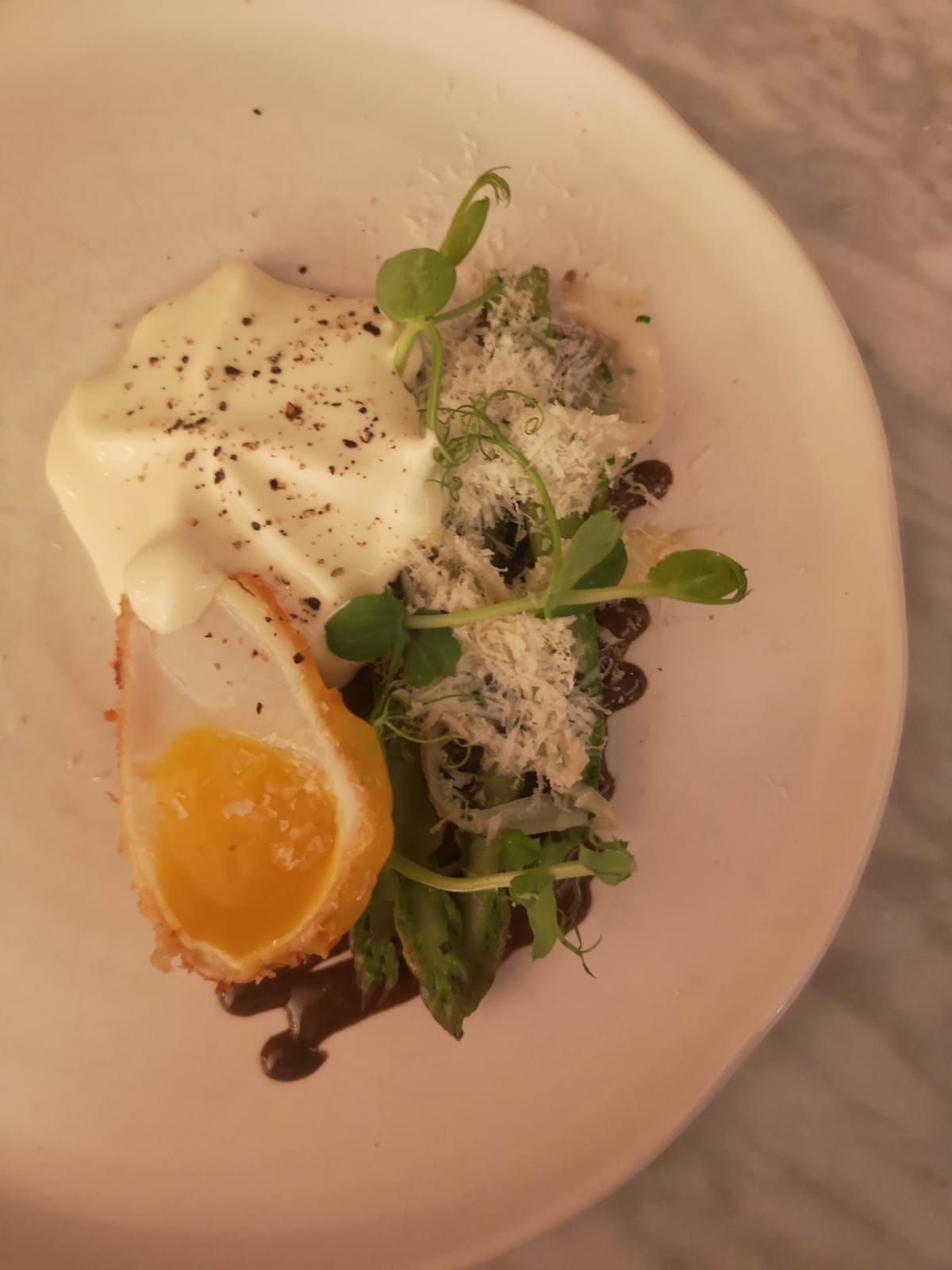 Course number three continued this lucky streak with pancakes and bacon pork belly, compressed apple and maple mayonnaise. There’s few cuts of meat as tasty as pork belly but it has to be done right or else it’s the biggest disappointment ever. Thankfully it was perfectly crunchy on the outside and bursting with flavour on the inside. 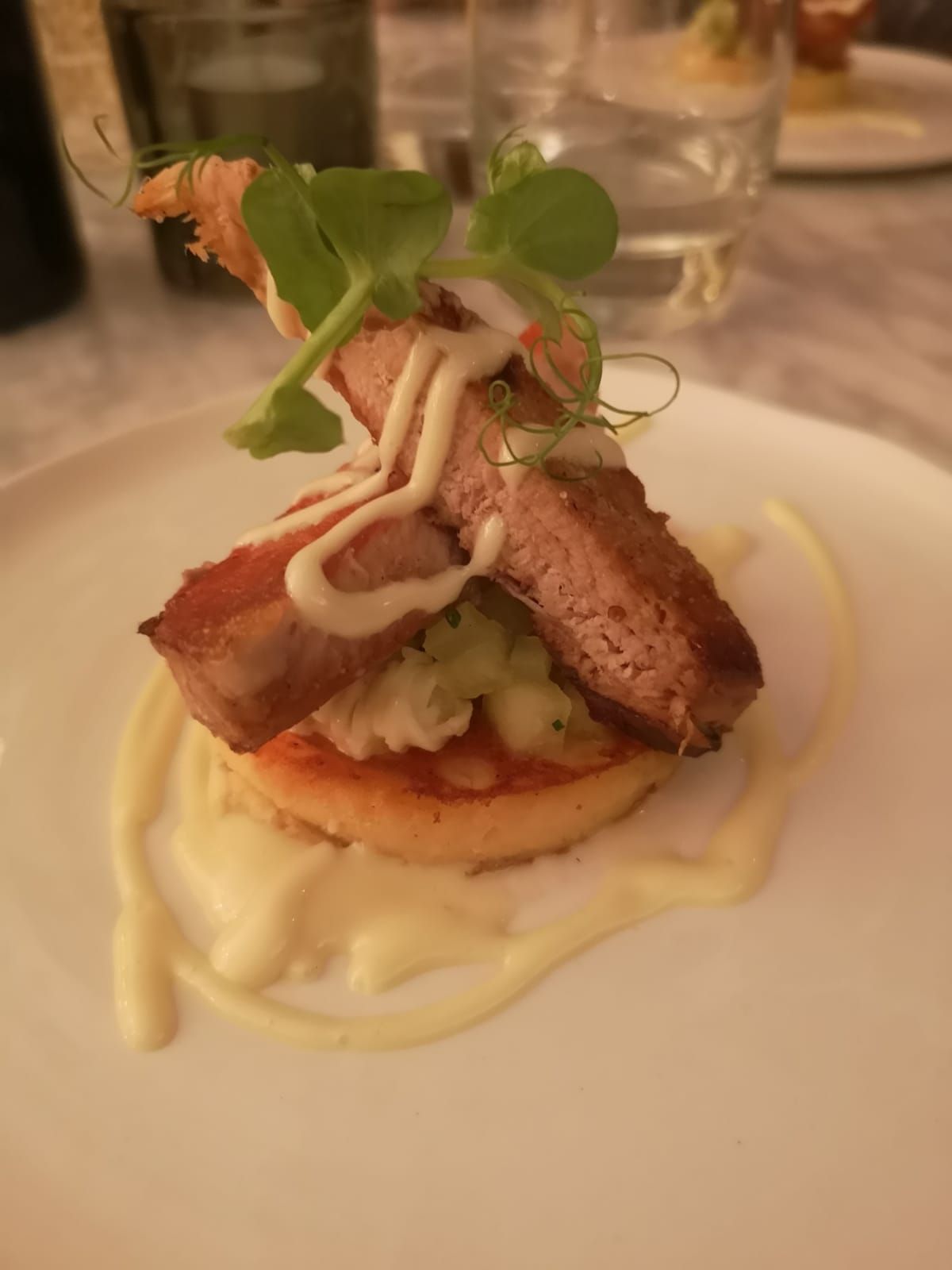 Following on from this was the fish finger

confit salmon, kohlrabi, buttermilk and dill dressing. This was probably my least favourite out fo the six courses as I felt my dish was lacking flavour a little bit. It was still really good, just not on the same level as the other courses in my opinion. 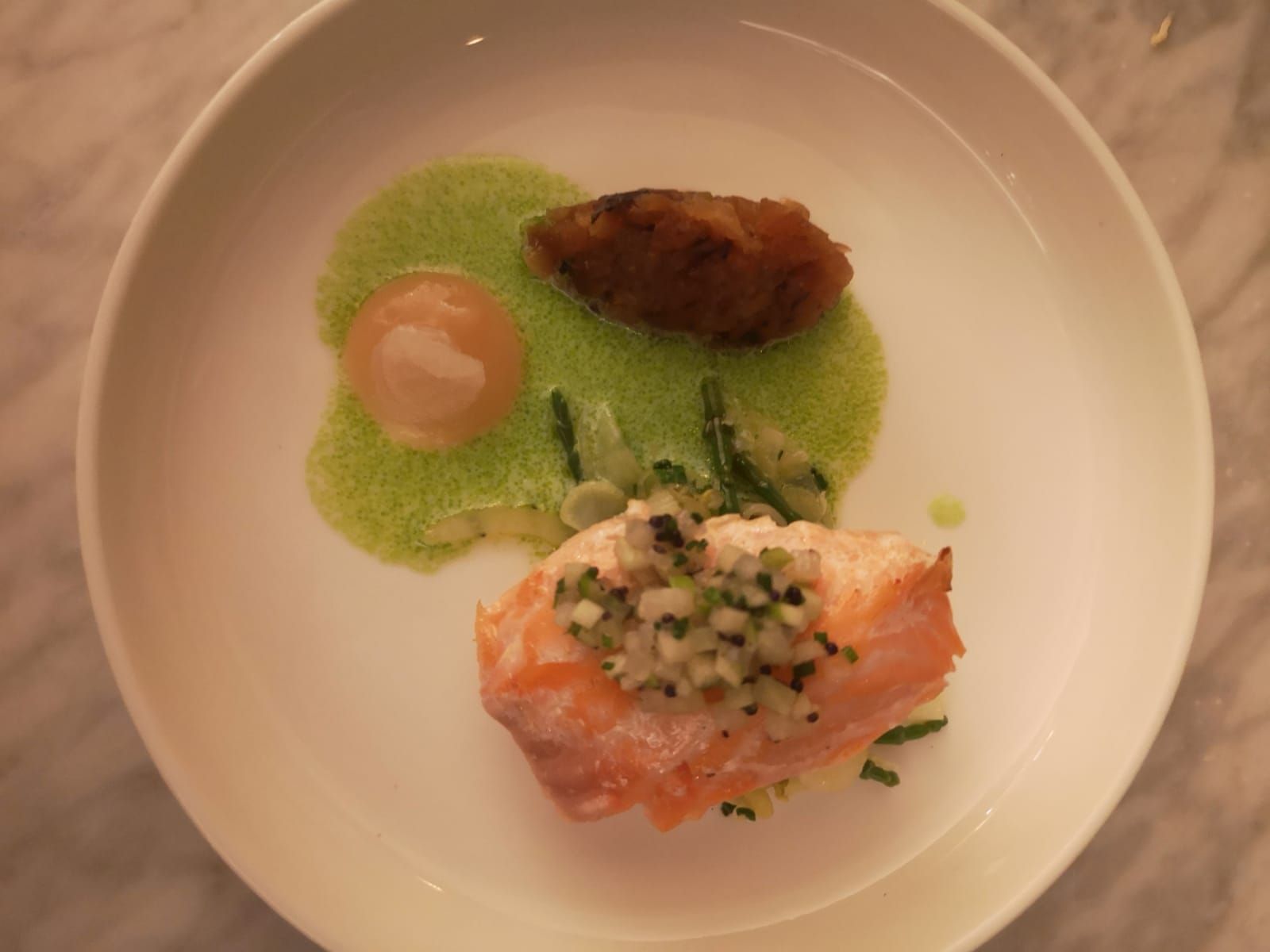 The penultimate course was like having a mini Sunday roast dinner. It was duck breast and leg bonbon, spiced date and heritage carrot. Again, I wasn’t as stunned by this course as I was the first three but it was tasty. The meat was cooked to perfection. 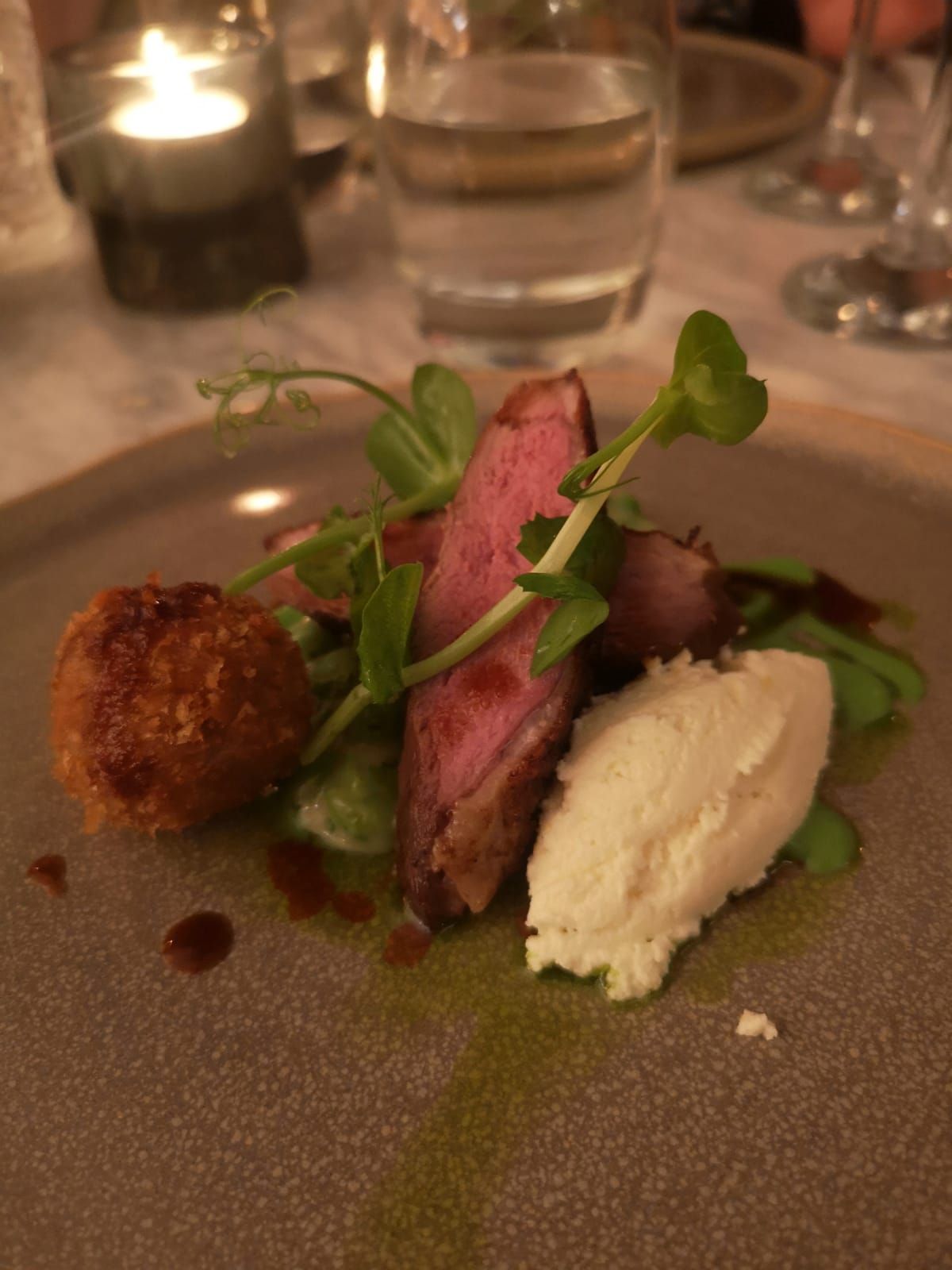 Finally Nico brought be back from Cloud 6 to Cloud 9 with his final dish - Cereal Milk Panna Cotta. This may sound bizarre and bizarre it was but my god, it was absolutely sublime and was definitely the most nostalgic dish for me. It tasted like Special K after you leave it sitting in the milk too long before school. It really fitted with the theme and even ignited a conversation about childhood memories between my friend and I. 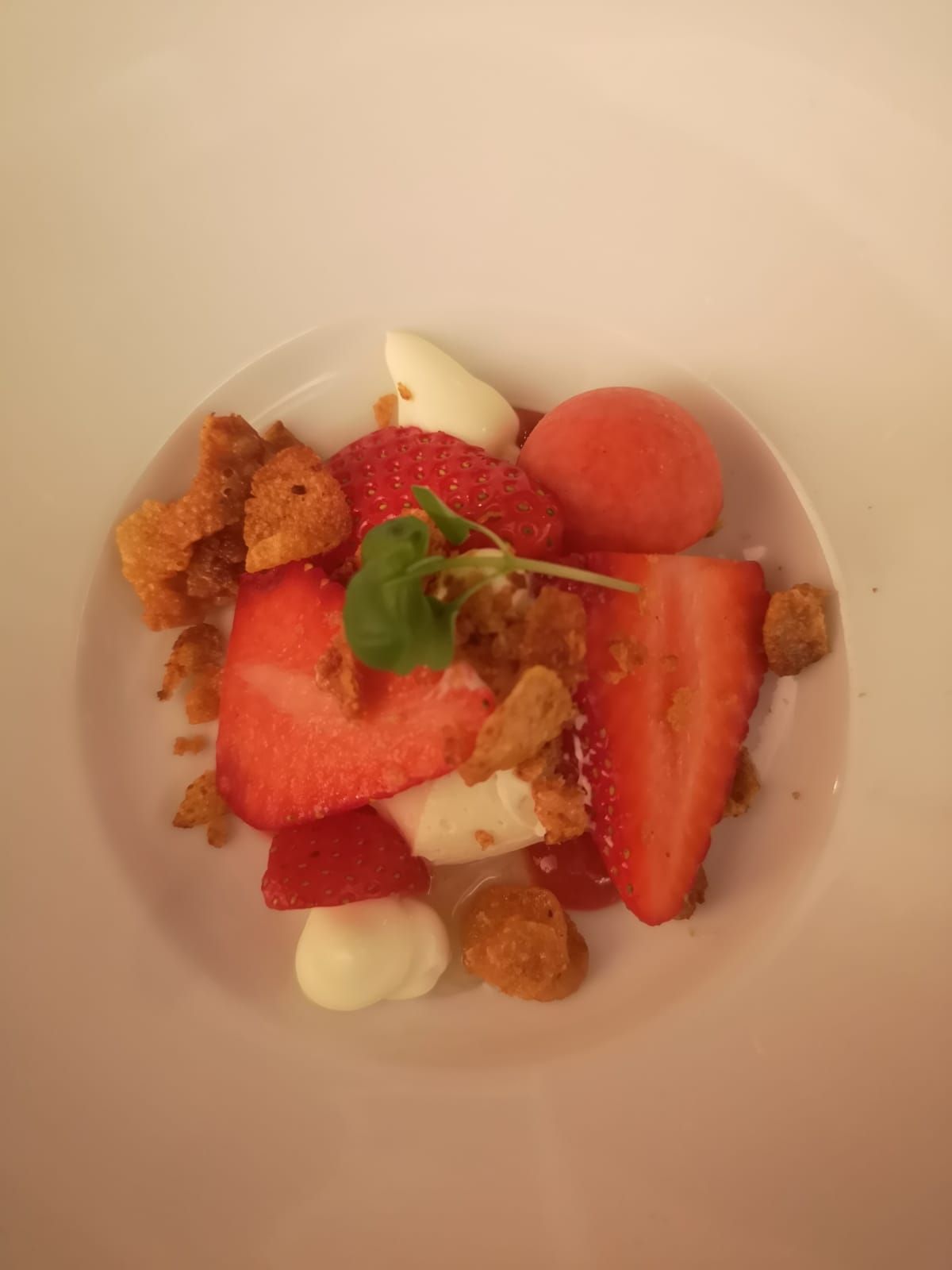 My top tips for Six By Nico would be to book well in advance as it’s near impossible to get a table.

As well as that eat lunch that day. I skipped it thinking I had a huge meal ahead of me but the plates are small and though they are super satisfying, I was still a little hungry after.

Finally, I wouldn’t go for the wine pairing option - stick to one bottle or else you’ll be rushing through glasses and finding yourself a tipsy mess unable to enjoy the food properly by the end.

The six-course taster menu comes in at a very reasonable £28 per person - I’d definitely be back again for that price.

Overall, I was delighted with my meal here.

The staff were brilliant and explained each meal and every little detail on the plate as they served it to us, which really added to the experience.

The food was inventive and I tried flavours I had never experienced before. The presentation was an Instagrammers dream.

Though the interior was unexciting, the food did the talking and I guess that’s what you really want from such a venue.

It’s a really unique food experience and it would be ideal for date night as well as a special occasion.

Thumbs up from me!

This is Venice’s coolest bookshop

This ‘Friends’ brunch in Belfast will make your day, your month and even your year