Consider this your February bucket list for all things Galway.

People tend to think that bucket lists are for the "big" things - the down the line travel plans, the career goals you want to accomplish before you're a certain age, etc.

Well, to those people I say pish-posh...the first time I've ever said that might I add. While having a bucket list for the big things is great, oftentimes they're filled with things that we would love to achieve in an ideal world, but that we have no real expectation of ever doing.

Maybe that's pessimistic of me but unless I wake up and win the lotto tomorrow, it's highly unlikely that I'll manage to tick off all the things on my own bucket list.

Which is why smaller, monthly bucket lists are my new thing. Far more achievable, they also help you to plan out your month with fun events to keep you going.

I've done the groundwork and rounded up a few of the best things to do out west next month.

So, here you are - your February bucket list for the City of Tribes.

The reasons to buy second-hand are endless - cheaper, more sustainable, one of a kind finds...I could go on but you get the picture. Kilogarm is bringing five tonnes of clothes to Gtown for you to browse through.

Everything is weighed by the kilo and you can pick and mix as you like. Taking place February 2nd at the Harbour Hotel.

American football fans are in for a treat with Ireland's biggest super bowl party at the Galmont. One of the world's biggest sporting events, things kick off from 9pm to late. There will be drinks deals, games, cheerleaders and even a kick simulator. Along with a big screen of course. 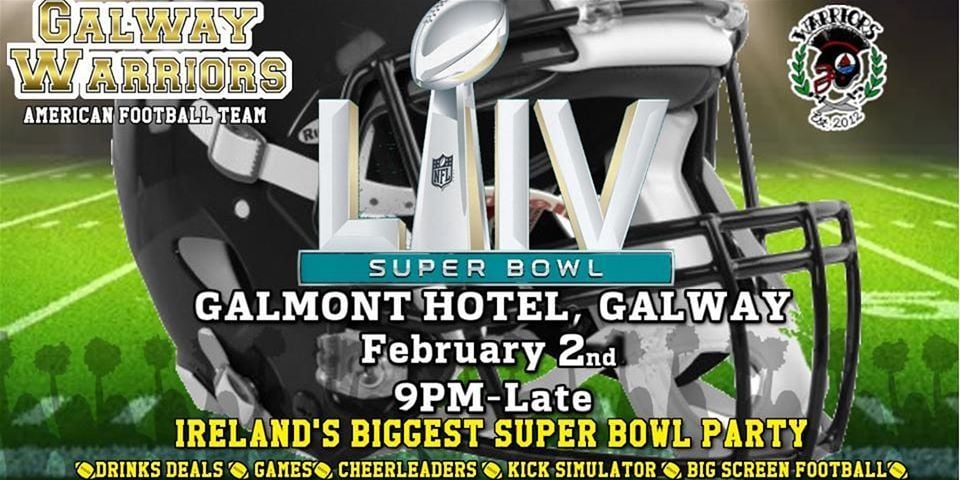 Vegan and gluten-free? Sounds fake. But I can assure you it's not. Organised by Maureen's Vegan Guide, the tour lasts three hours and takes in six stops along the way. Aimed at travellers and locals alike, it's a great way to meet like-minded people who love to eat.

Did someone say vegan sub? We got you covered.. #vegan sub marinara on les petit delices baguette.

Part of Galway's Valentine's Festival, McGettigan's is hosting a games night featuring the likes of Cards Against Humanity and What do you Meme? Fun guaranteed. Everyone will get a pen and paper to mark who they'd like to meet again and matches will be sent out the following day. No likey...no paper? Doesn't quite have the same ring to it, does it?

Laughter is the best medicine as they say. Taking place on Thursday, February 6th, amongst the performers, there will be Brian Gallagher of the TRY Channel, Dominic Goland and Josh Brauders. Early booking advised as they shows usually sell out. There's even pizza and finger food served at the break.

Go to a swing class

Reckon you were born in the wrong time? Head back to the roaring '20s with a swing class at St Patrick's Band Hall. No prior dance experience necessary - and it doubles as a fun way to keep fit. Nail the moves and it will give you an excuse to throw a Gatsby-esque party to celebrate.

This is not to be missed, so if you only attend one event this month - make it this one. Galway city will be transformed by firelight as town casts from communities across the country unite for a spectacle you won't forget in a hurry.

We were so proud to join @anpostofficial at this morning’s official unveiling of commemorative stamps marking Galway and Rijeka as 2020 European Capitals of Culture. To be recognised by the Stamp Programme is a huge honour and made even more special as it was a joint issue with An Post and Croatia Post, @hrvatskaposta. Unveiled by Ambassador for the Republic of Croatia in Ireland, Mr. Davor Vidiš, Galway 2020 CEO Patricia Philbin, Cllr. Donal Lyons and An Post CEO David McRedmond, the stamp, designed by @stevesimpson, will be will be available all year at all Galway Post Offices. #TheGalwayStamp #Galway2020 #Rijeka2020 📷 @declancolohanphotography

President Higgins will be on hand to officially inaugurate Galway 2020 on February 8th and the event is set to be one of the most spectacular the country has ever seen.

Dry January is almost over my good friends, which means that wine with dinner is no longer off the table. The Kasbah Wine Bar is hosting its second wine pairing event of the year at Tigh Neachtain.

Guests will be treated to a four-course meal - each paired with a different selected wine. Honing in on vegetarian cuisine, tickets cost €50 and you can get yours in both the Kasbah or Tigh Neachtain's.

Say what now? Pedal Power Galway is hosting a speed dating event like you've never experienced before. The world's first-ever speed dating bike, it takes six guys and six gals on 10 minute dates around the city. Sounds like a hoot.

Maybe 2020 is the year you promised yourself you'd learn how to cook. Like really cook...as in more than pasta. Well, Neven Maguire is sure to teach you a thing or two in that department. Hosted as part of the Cregmore Claregalway Football Club fundraiser, you can find out more info about tickets here.

A super fun activity to do with pals, drink and draw will help you get the creative juices flowing. The Valentine's special will see you create a painting inspired by Van Gogh's Starry Night...with a Galway twist. 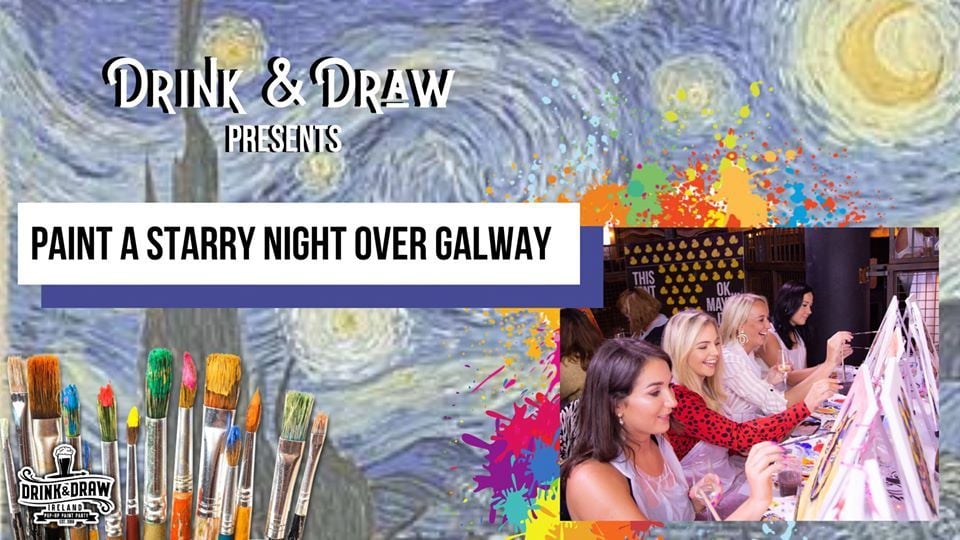 Tickets include all painting materials, expert guidance from an instructor and a free drink token.

Anyone looking to really step up their game should make sure that a pole dancing class is on their February bucket list. The Pole Garage in Galway is hosting a workshop to teach people the basics of pole dancing. Not only that, but they'll also give you tips on how to improve your confidence and poses too.  I won't lie - it looks like quite the workout.

Hosted by none other than Father Damo and Eoin McLove, all questions will, of course, be related to the iconic TV series. Continue the party with their Italia '90 disco afterwards. Definitely worth heading west for I think. 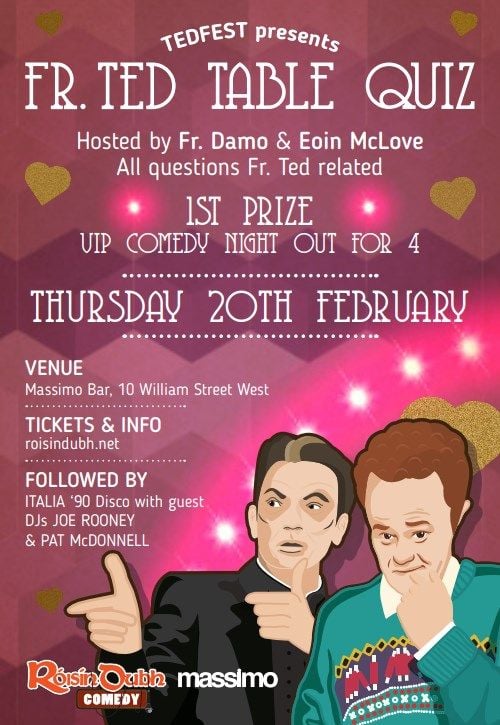 A celebration of Queen

Back due to phenomenal public demand, Flash Harry will take to the stage at the Town Hall Theatre for a show oozing with talent, energy, passion and of course all the characteristic showmanship one would expect from Freddie Mercury. 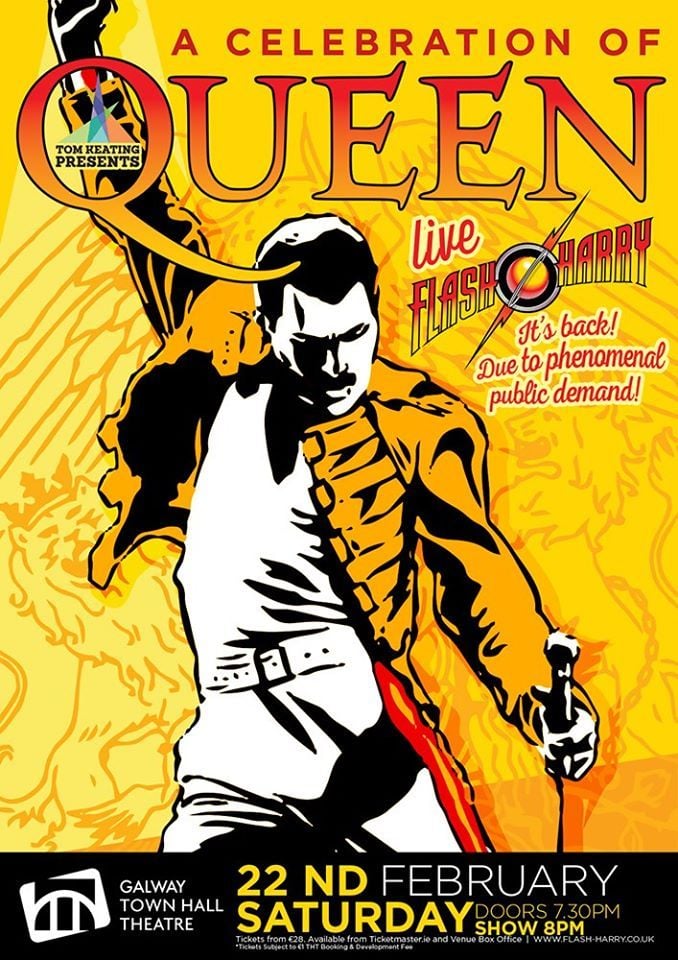 Another one for the quiz nuts, this one will appeal to all the movie buffs. Trivia will cover everything from cult classics to modern favourites and old Hollywood so make sure you have someone to cover each genre on your team. All proceeds go charity too.

And there you have it - your February bucket list of things to keep you busy. Congrats on making it through January, the longest month of the year.

READ NEXT: Three Days In Lisbon – A Shabby-Chic Foodie Paradise

PICS: These photos show the extent of the flooding in Galway