It's exactly two years since Dolores O'Riordan passed away and Ireland lost one of its musical icons.

On Monday, January 15 2018, the news was announced that The Cranberries singer had died in London at the age of 46, leading to countless tributes from fans and peers here in Ireland and around the world.

Hailing from Limerick, Dolores O'Riordan will be honoured in the city today to mark the second anniversary of her death when a singalong takes place at Bowes Ryan at Arthur's Quay shopping centre. Presented by Piani Luimní, a group that brings public pianos to Limerick city, attendees will be able to listen to The Cranberries' Grammy-nominated album In The End, which was released last year and features Dolores O'Riordan's vocals posthumously. 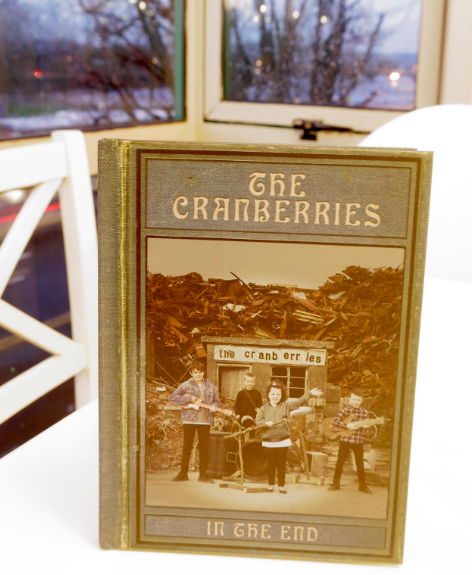 There will also be a singalong taking place from 5pm until 7pm and according to the Facebook event page 'The Bowes Ryan café will be open for nibbles and dribbles and the Shannon will be in the window looking noble and glorious as usual.' It all sounds like the perfect tribute to one of Ireland's most loved singers.

Dolores O'Riordan shot to fame in the mid-90s when The Cranberries achieved worldwide success with timeless classics such as Linger, Dreams and Zombie. The singers' unique vocal style along with talents of her bandmates saw the group sell millions of records but surprisingly, they only received their first Grammy nomination this year for In The End. The ceremony is due to take place on January 26 in Los Angeles.

Today's event kicks off at 4.30pm and you can find out more about it here.

REVIEW: A real taste of the Middle East in the wild west at The Olive Tree in Mayo

McDonald's soon to be available on Just Eat

Liam Gallagher has been heaping praise on Christy Dignam and Aslan