Gay Byrne's daughter, Crona, insists she took no offence from the now-deleted Mr. Tayto tweet about her father's passing.

Former Late Late Show presenter Gay Byrne passed away on Monday following a long illness and tributes continue to flood in for the broadcasting legend.

One of the tributes which was viewed as distasteful by some on social media was one from the Mr. Tayto Twitter account.

Alongside an image of a visibly upset Mr. Tayto was the caption: "It's a sad day for the Nation. Rest in peace Gay."

The online backlash regarding the tweet resulted in the account removing it shortly after it was posted but the tribute was not without its defenders. 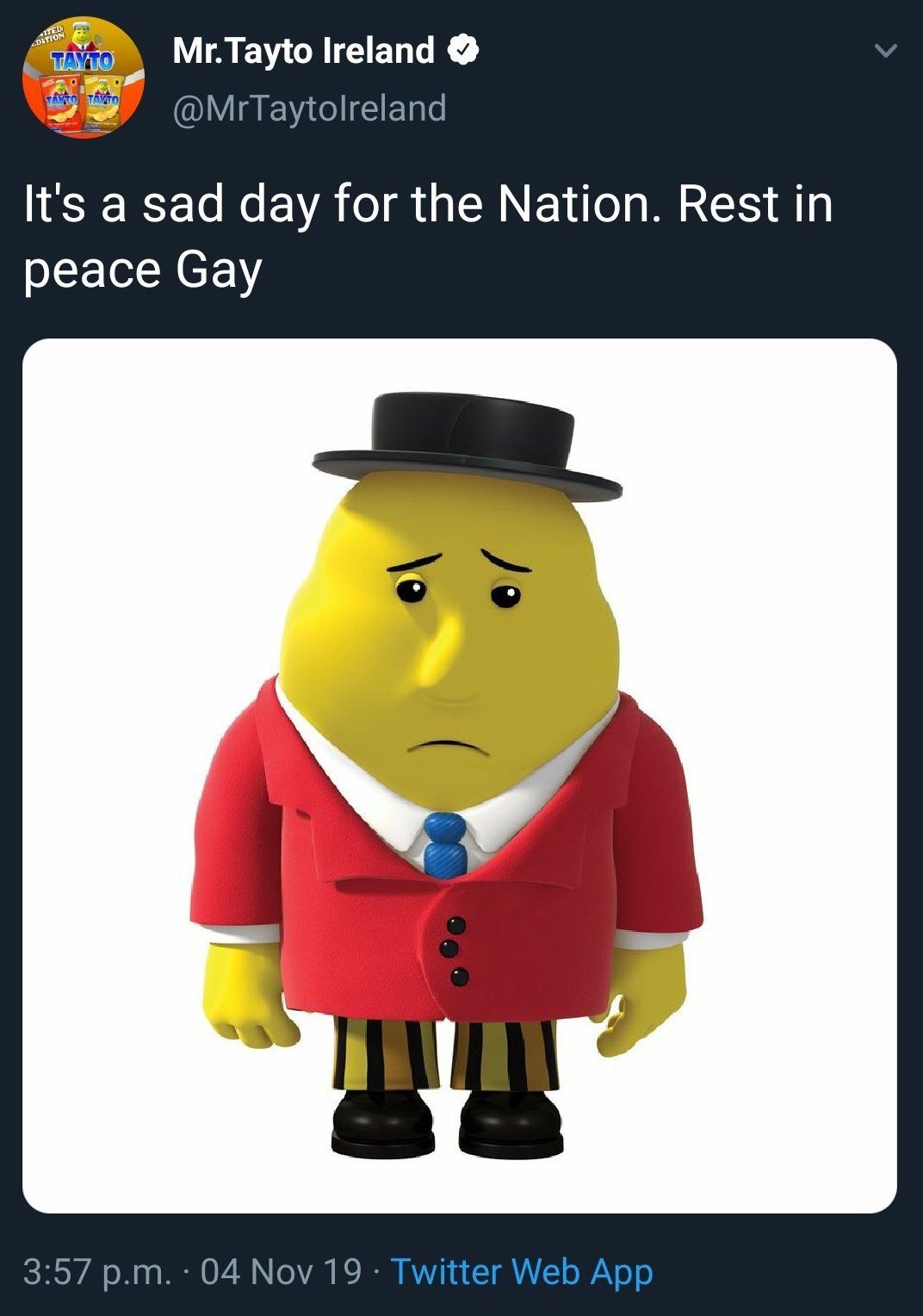 Former RTE and 4FM radio presenter Gareth O'Callaghan insisted that Byrne would have enjoyed the Tayto tribute in a lengthy Facebook post on the subject.

He wrote: "Take a look at it. It's the character Mr. Tayto looking very sad. His little short message says it all. I personally thought it was so poignant and cute in a harmless heartfelt way."

O'Callaghan's post has since been liked over 2,500 times and one person who agreed with him was Gay Byrne's daughter, Crona.

WATCH: Limerick siblings wow The Voice Kids judges with ''I Will Wait' by Mumford & Sons