JK Rowling has delighted Harry Potter fans by announcing that she will be releasing four new books this summer, more than 20 years after the original novel was published.

The new stories will be published in eBook form starting from next month, so fans won’t have to wait long to jump back into the world of Hogwarts.

Each of them will be themed around the lessons Harry, Ron, Hermione and co were taught at Hogwarts, from Defence Against the Dark Arts to Potions. 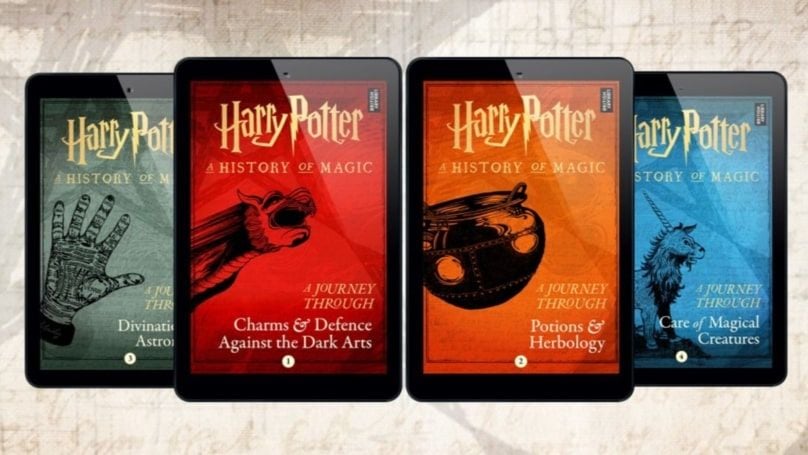 An announcement on the Pottermore site read, ‘Prepare to delve deeper into the rich history of magic with this new series of eBook shorts, inspired by the British Library exhibition and its companion books, Harry Potter: A History of Magic.

‘The series features four bitesize reads, each themed by Hogwarts lessons, and will take you back in time once again to learn about the traditional folklore and magic at the heart of the Harry Potter stories, accompanied by some new, gorgeous line drawings from London-based artist Rohan Daniel Eason.

‘These eBook shorts are adapted from the audiobook and are a chance to absorb the colourful characters and curious incidents of the real history of magic in a more compact form – perfect for the train or whatever Muggle transport you prefer.

‘In addition to exploring the origins of magic through history and folklore, the eBook shorts will also feature notes, manuscript pages and charming sketches as previously seen in Harry Potter: A History of Magic.’

You can pre-order yours via Amazon here.