Rory McIlroy is a man used to high-profile sporting occasions but he got to enjoy one without the pressure of competing by taking in Conor McGregor v Donald Cerrone last night.

The golfer was in attendance at the T-Mobile Arena in Las Vegas and looking at footage that he posted to his Instagram Stories, there weren't many people in the house with a better seat.

When hitting record just a few seconds into the bout McIlroy could never have guessed that the fight would be over by the time he put his phone back in his pocket. McGregor secured a TKO victory within 40 seconds and you'll have to be quick to catch Rory's stories before they expire. If you do miss out, you can get a taste of how good his view was in the pic below... 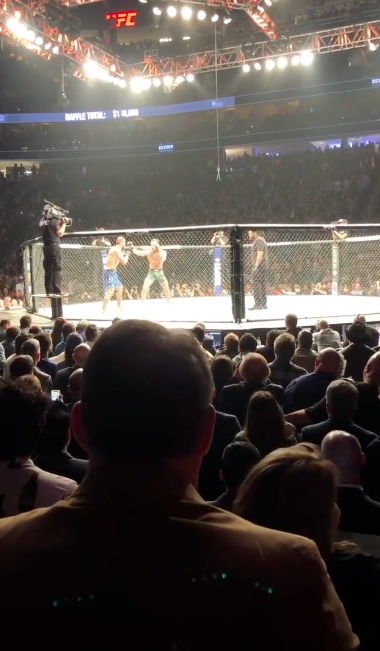 A memorable experience for Rory McIlroy who, like Conor McGregor, will be hoping for plenty of success throughout 2020. The four-time major winner wasn't the only famous face in attendance, with the likes of Tom Brady and Tyson Fury also present to observe McGregor's quickfire victory.

After the fight, Conor paid tribute to Cerrone, as well as his grandmother Jerry, and spoke about getting back into the gym to work on the next stage of his comeback.

If the rest of the year goes anything like last night, he'll be doing well.

Changes to Folkster bridesmaid appointments due to continued no-shows