Organisers have announced the next wave of acts for Sea Sessions.

Fresh off the back of their win for "Best Festival Tech Team" at the 2020 IMRO Awards, Sea Sessions organisers have just revealed the day-by-day line-up for the festival.

Firmly established as Ireland's number one rap act, Versatile will take to the stage on Friday, June 19th followed by a performance from festival favourite Gavin James on Saturday 20th and Norweigan songstress Sigrid on Sunday 21st.

Known for hits such as Don't Kill My Vibe, Strangers and Don't Feel Like Crying, her set is sure to be one of the highlights of the weekend.

Set to take place in Donegal this June, festival organisers have also named more headline acts with the likes of Hannah Wants, Ejeca, The 2 Johnnies, Aimee,  Isaac Butler, Bedlam DJs and Madison Front all added to the line-up. 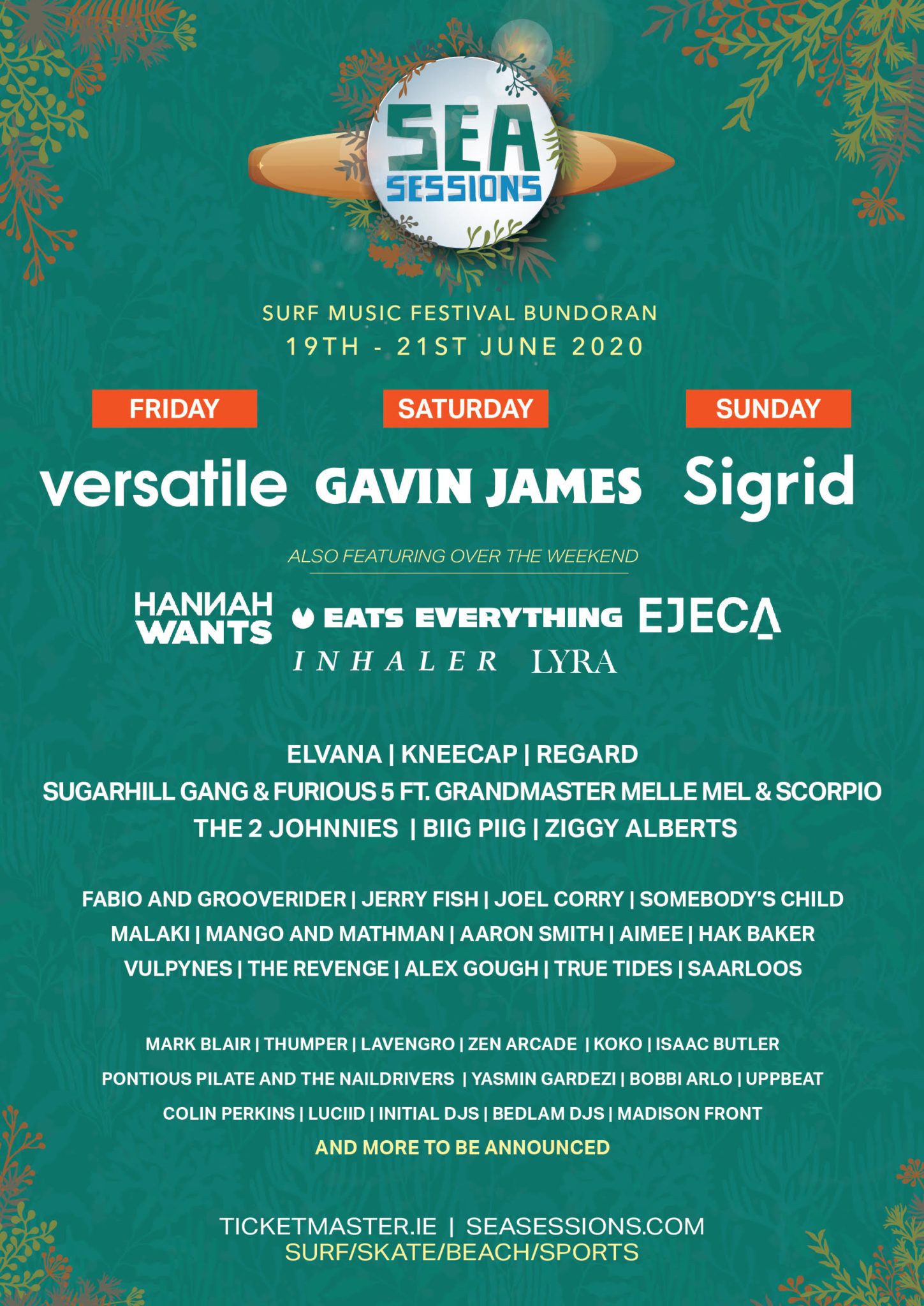 Other big names confirmed for an appearance include Eats Everything, Inhaler, KNEECAP, Ziggy Alberts, Lyra, Thumper, Joel Corry, Mark Blair, The Revenge and Koko with many more still to be announced.

“We’re thrilled to announce so many more amazing acts and some really great up and coming acts too.

There are so many good Irish acts that even picking the ones we’ve booked was a difficult task. The future is very bright indeed!”

Starting off from humble beginnings back in 2008, Sea Sessions has quickly grown into one of the country's top music festivals - already having welcomed some of the biggest names in the music biz onto the stage.

The only festival in the country to bring together music, surfing, skateboarding, BMX and graffiti, this year is not to be missed.

A limited number of single-day tickets are also still available, priced from €59.90.

READ NEXT: Colin Farrell and Brendan Gleeson are reuniting for new movie set on a remote Irish island