This app has been on the market for only a number of hours, but is already starting to generate a lot of buzz around it. Whether that be due to it's creator, who is famous director and vlogger Casey Neistat, or whether it be due to the sheer coolness and ease of use to the app we can't say for sure. But one thing we can say is that the app is very very interesting.

Neistat, who has more than 800,000 people subscribe to his YouTube channel, which he updates with videos every morning at 8, and he has hundreds of thousands of avid followers on Snapchat and his team of about a dozen or so people have set out on a mission to bring authenticity to social. How? By stripping away the identities people make with the perfect Instagram filter or the drawings on a Snapchat photo. 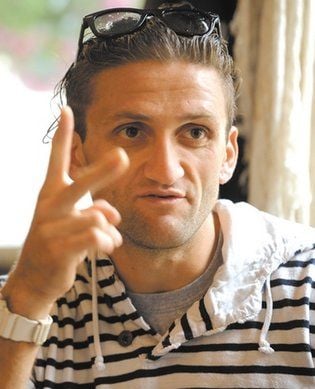 BeMe allows users to to capture four-second bursts of video by covering the proximity sensor on your smartphone, which is placed just above the earpiece on an iPhone. It's simple and quick to use. Here is a video of Neistat himself going into more detail about the app.