The Last Dance soundtrack is just one reason that Netflix's basketball documentary has proven so popular with audiences around the world in recent weeks.

Each episode of the series featured musical throwbacks to the 80s and 90s and if you loved The Last Dance soundtrack, it's now available in full on Spotify. The playlist is just one of the reasons that people gravitated to the 10-part story of Michael Jordan and the Chicago Bulls and we've listed some more here.

The soundtrack features the soul-stirring Sirius by The Alan Parsons Project, which served as entrance music for the Bulls when they enter their home arena, as well as contributions from the likes of Run DMC, Coolio, Outkast, Pearl Jam to name but a few.

With nearly four hours of material, it's more than enough to get you through an afternoon lazing in the sun or shooting a few hoops. Be like Mike and get those headphones on... 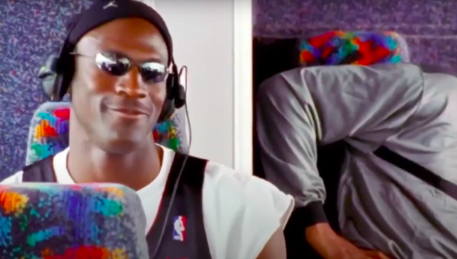 Episodes of The Last Dance were released in pairs over the past five weeks and are all available to stream now. The series tells the story of Michael Jordan's rise to become the most famous basketball player in the world and how his Chicago Bulls team dominated 1990s NBA.

The Last Dance soundtrack in full can be found here.

READ NEXT: The Last Dance - Where are they now?