Disney is hands down our absolute favourite, most magical movie company in the entire world, and they recently announced that 10 new blockbusters will be created for release in 2018.

Which means 10 magical trips to the cinema for us!

Here's what we can all look forward to seeing this year...

The newest Marvel film will be out on February 16 with a cast that includes Forest Whitaker, Angela Bassett, Andy Serkis, Lupita Nyong'o, Michael B. Jordan.

2. A Wrinkle In Time

A girl goes on a quest for her father with the help of three celestial guides played by Oprah Winfrey, Reese Witherspoon, and Mindy Kaling, based on a best-selling book.

The third movie in the Avengers franchise is tipped to be the biggest blockbuster yet as the group teams up with Spider-Man, the Guardians of the Galaxy, and more. 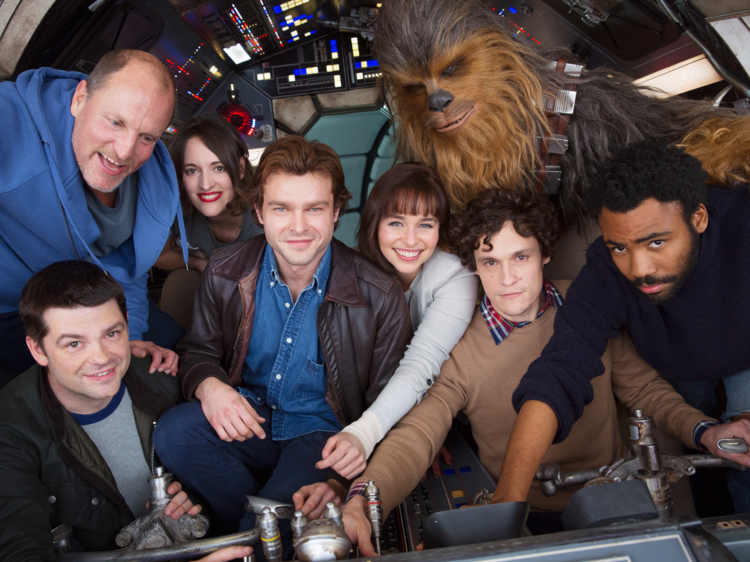 A young Han Solo gets his very own movie that follows his adventures with Chewbacca.

Set for release on June 18, this follows the Incredible family as they try to adjust to normal life. Mr. Incredible) is left to care for Jack-Jack while Helen (Elastigirl) is out saving the world.

Another superhero film, Ant-Man joins forces with the Wasp on an urgent new mission to uncover secrets from the past. Insider reports that while not much is known about this movie, a grown-up Christopher Robin return to the Hundred Acre Woods to reunite with his childhood friends including Winnie the Pooh.

8. The Nutcracker and the Four Realms

All Clara (Mackenzie Foy) wants is a key – a one-of-a-kind key that will unlock a box that holds a priceless gift from her late mother. This is an eery version of The Nutcracker that stars Morgan Freeman and Keira Knightly. The family favourite returns for a sequel five years after the first Wreck It came out.

Mary Poppins fans will once again feel supercalifragilisticexpialidocious in this long-awaited sequel that will be released in December.

Looks like 2018 is gonna be a pretty great year!