If a group of people are asked on the spot to name a famous family from the 20th century, chances are the name Kennedy will crop up quite a lot.

The children of Joseph Kennedy and Rose Fitzgerald were pretty much all prominent in American life, none more so than JFK himself who was President of the United States from 1961 until his assassination in 1963.

While the lives and deaths of most of the Kennedys have been well-documented, the fate of one sibling remains shrouded in mystery. Born with intellectual disabilities, Rosemary Kennedy was brought by her father for a lobotomy at the age of 23.

After the procedure, she disappeared from public life with her family explaining away her absence by claiming she was reclusive. Tonight's documentary will outline Rosemary's life before the operation as well as attempt to get to the bottom of how she lived out her later years.

Whatever Happened To Rosemary Kennedy? looks a fascinating watch at you can catch it on TG4 at 10.30pm tonight. 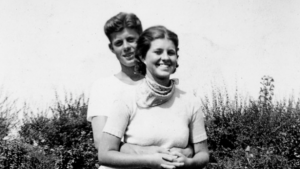 Comedy: A new series of Mock The Week gets underway on BBC Two at 10pm