We need something to fill the Doctor Foster-shaped hole in our lives.

For those who have not watched Doctor Foster, we would urge you to stop reading this article right this second and binge your way through both series of the BBC One drama.

Few shows have been able to perfectly capture tension, suspicion and revenge in the same way that Doctor Foster did and the good news for fans of the show, which can also be found on Netflix, are in for some good news.

Apparently, a spin-off show is in the works which will focus on the lives of one of the most intriguing characters from the original series.

Life, from creator Mike Bartlett, will follow the character of Anna Baker, who was Gemma Foster’s neighbour in the show. 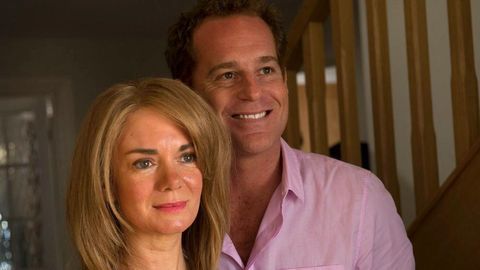 It's unknown how much of a role, if any, the likes of Suranne Jones or Jodie Comer will play in the spin-off due to their hectic schedules, although Bartlett has insisted that Life will "share a universe with Doctor Foster."

Speaking to The Sun, Bartlett revealed: "In the last series of Doctor Foster Anna split up with Neil and moved away. But I loved her as a character and suspected that was really the start of her story, rather than the end.

"In Life we find her living alone, under a different name, in a new city.

"It’s one of four story strands that make up the series, the other three being new, completely different interconnected stories that explore the epic and extraordinary in our everyday lives."

Contestants wanted for RTE show and there's €5k up for grabs