Maura Higgins' Ann Summers swimwear launch has been postponed out of respect for Caroline Flack.

Caroline Flack's funeral is set to take place today and Maura was eager to avoid launching her new range of swimwear on the same day.

Ann Summers confirmed the rescheduling of the launch on social media, having consulted with the Longford woman.

A statement on the lingerie giant's Instagram stories reads: "Dear customers, we were looking forward to welcoming you to the Brunswick store today to launch Maura's swimwear collection.

"However, having been in close contact with Maura, and out of respect to the funeral also taking place later today, we have decided to postpone the even to tomorrow at 5pm. 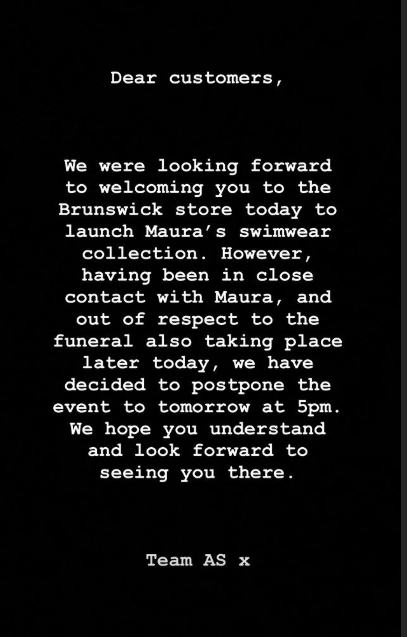 "We hope you understand and look forward to seeing you there. Team AS x."

It was reported late last year that Maura, who rose to fame on last summer's Love Island series, had signed a six-figure deal with Ann Summers.

Maura recently broke up with boyfriend Curtis Pritchard, who she met in the Love Island villa.

The pair have since posted veiled messages to the other on social media after agreeing to go their separate ways.

WATCH: The Office cast recreated Jim and Pam's wedding dance over Zoom and it's pure gold