Handsome Burger in Galway has launched DIY burger-making kits for anyone missing the great tastes of one of the city's premier food joints.

It's been so long since any of us have darkened the door of a restaurant and nobody really knows when we'll get to do so again. With that in mind, the team at Handsome Burger has come up with a great idea to continue serving the people of Galway throughout the Covid-19 crisis.

The Dominick Street restaurant has launched DIY burger-making kits that include six burgers, pickles, a tub of Handsome sauce and six brioche buns, complete with cooking instructions for all the amateur chefs who are missing the taste of the 20th best burger in Europe.

The news was revealed on the restaurant's Instagram story today and you can have a glimpse for yourself in the pictures below... 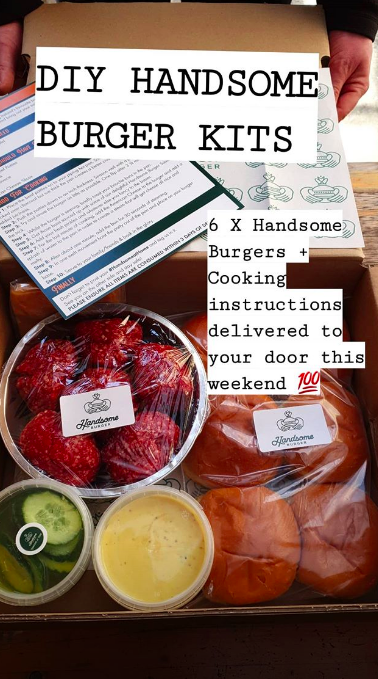 The kits will be available for delivery throughout Galway city and county and will be launching this weekend. Just in time for the end of your Lenten vows, says you.

Handsome Burger has stated that further details on delivery and payment will be announced in due course.

When is Father's Day and what phase of the roadmap will Ireland be in?

McDonald's announce measures that will see customers continue to be served