Are you and your mates mad about musicals? Well, there's a table quiz you might actually have a chance of winning taking place in Galway next week.

The Black Gate on Francis Street will be holding the Musicals Quiz on Tuesday and it will suit anyone with any knowledge about the biggest musicals from stage and screen. It will be the first ever quiz of its kind at the Black Gate and according to the Facebook event 'there will be questions from Broadway to Hollywood, from Rodgers & Hammerstein to Parker & Stone, from letting it go (Disney style) to doing time warps (again).' 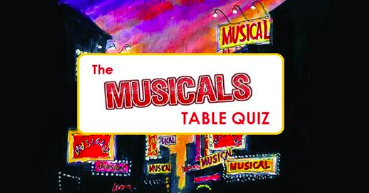 Intriguingly, the post adds that questions will be based on everything from the 'incredibly popular to the (slightly) more obscure' and fittingly there will be more than one audio round with participation encouraged.

This is the perfect excuse to spend the weekend getting up to speed on Les Mis, watching Grease on repeat and reacquainting yourself with P.T. Barnum and the rest of the Greatest Showman gang.

If you want to get involved you'll need to book yourself and you can do so via The Black Gate event page here. It all kicks off at 8pm on Tuesday, November 26 and tickets cost €20 for a table of four.

A lot cheaper than flying over to Broadway, says you. Best of luck!

Face coverings must be worn on public transport from today