Much to my mother's dismay, I was ignoring the red weather warning and hightailing it down to Kerry to get to my destination... the five-star Muckross Park Hotel and Spa.

Storm Hannah was terrorising the Killarney countryside by the time I arrived in The Kingdom, but there was no stopping me.

Dreams of a fluffy hotel bathrobe and a glass of something bubbly were swirling around my head as the dim glow of Muckross appeared in front of me like the Northern Star.

I was home and dry.

In the heart of Killarney’s National Park, just 4km from Killarney town centre, the five-star Muckross Park Hotel & Spa is a landmark on the Ring of Kerry, close to the Wild Atlantic Way, and the perfect pamper staycation.

As soon as I walked into the massive lobby, my eyes were drawn towards the swirly deep greens, blues and reds of the spa entrance to my right. You can tell immediately that the spa is not a second thought at Muckross, but a prized feature, and I was dying to get to my room and flip through the treatments menu.

No sooner had I slipped into my dressing gown than I got a very unwelcome phone call - my other half was stranded at the train station with no taxis in operation.

A bundle of Organic Pharmacy cosmetics were staring at me from the marble sink but I hoofed myself back into my jeans to go and collect him.

Thankfully, the train station is only a five-minute drive from the hotel, and the whole ordeal only made the next few days even more precious by contrast.

The first night was spent rolling around in the bathtub with the Organic Pharmacy products used exclusively in the spa, listening to the wind batter the windows.

Luckily, we got a taste of Muckross in all seasons because when we woke the next morning and peeped out on to the balcony, the sun was shining again and we were ready for a day outdoors in Killarney National Park.

First up on our itinerary was a jaunt through the Gap of Dunloe.

I have been to Killarney countless times but had never actually taken the journey, and as we travelled our driver regaled us with stories of how many times the Healy-Raes had helped his family personally.

Separating the #MacgillycuddyReeks & #PurpleMountains is the Gap of Dunloe. A vision any season of the year. #naturalbeauty #thisiskerry #parklife #nature #hiking #cycling #walking #jaunting

We passed remote schools with only six students, and heard about how a rift between the only two teachers had almost caused the school to close.

These guys seriously have all the gossip.

We were dropped off at Lord Brandon's cottage where we had a delicious picnic before setting off in a boat ride across the lakes of Killarney.

The water was a little murky on this particular day because of the storms the night before, but we were told that on any other day the waters are crystal clear.

The boat ride finishes up at Ross Castle - a recently restored 15th century stronghold that is one of Killarney's main tourist attraction during the summer months.

Feeling like we'd earned it, we headed straight for the spa when we arrived back at the hotel.

With the Autumn mornings getting crispier every day, our outdoor hot tub is a great way to start your morning..... #spaatmuckross #spalife #hottub #relaxation #MuckrossMoments #iNuaCollection

The Couples Ritual is the perfect bonding exercise, and includes a 60-minute de-stressing massage, a 30-minute "The Organic Pharmacy" Discovery Facial, followed by Prosecco and handmade chocolates.

I opted for the 'De-stressing and Relaxation' signature massage using all of The Organic Pharmacy products, while my other half made good use of the Thermal Suite.

Escape from the Winter chills and take time off to relax with a warming and soothing spa treatment in the award winning Spa at Muckross. #spaatmuckross #5star #luxuryspa

There are a couple of dining options in Muckross. The Monk's Lounge offers light lunch or afternoon tea during the day, before drinks in the evening.

For fine dining, head straight for The Yew Tree - an award-winning restaurant which uses ingredients from the West Coast with menus that change each season according to the best available produce.

Under the watchful eye of Executive Head Chef Alan McArdle and Restaurant Manager Zsolt Zidek, ingredients from all along the Ring of Kerry route are transformed into delicious dishes including an Atlantic Coast Seafood Selection, a Kerry Beef Fillet, and an artisan cheese board with a recommended glass of 10 year old Tawny Port to accompany it. 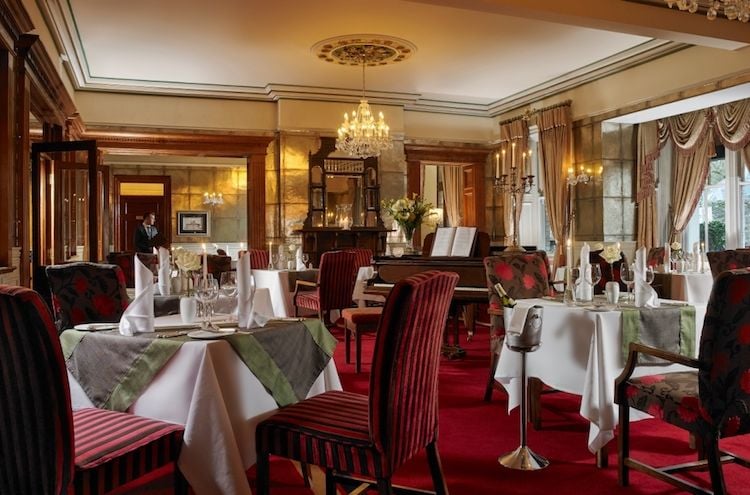 A two-night Summer by the Lakes package is available for €499 per room in June and September or €577 per room in July and August, based on two people sharing.

It's pricey, but worth every cent when you consider you'll be getting breakfast each morning, dinner on one evening in the award-winning Yew Tree restaurant, summer cocktails for two in Monk’s Bar and complimentary use of the vitality suite in The Spa at Muckross.

For more info, check out  www.muckrosspark.com

Beer, burgers, brilliant tunes - find all three at this Galway eatery this weekend

Locals respond to 'crazy irresponsible' scenes in Killarney over the weekend

PICS: Extreme flash flooding overnight down in the Kingdom