Pulling on our heartstrings.

16-year-old Molli Meaghan-Tresson has set the bar quite high; showing us the importance of paying it forward.

A regular busker around the Dun Laoghaire area, she entertained locals with her musical medleys over the festive period. 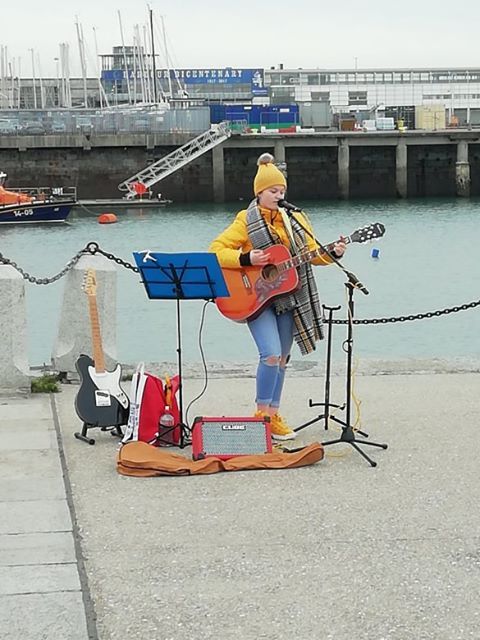 And proving to be quite a popular addition to the East Pier, she managed to rack up an impressive €750 for her troubles.

More impressive still however is the fact that she donated all the money she made to charity - for the second year running.

Last year saw the teen donate €1,230 to the Wexford Homeless Action Group, a charity where every cent goes directly to helping the county’s homeless community. This year she supported a different organisation, giving her takings to Dun Laoghaire Helping The Homeless.

Thanking Molli for her generous donation, the small community-based group took to Facebook to say:

“Thanks to Molli’s donations we’ll be topping up on sleeping bags, tents and supplies that’ll help make rough sleepers’ lives a bit more comfortable. Well done Molli, you are an incredible young girl and a credit to your parents.”

According to her father, Sean, Molli wanted to do what she could after coming into contact with a local homeless man who would often stop to listen to her play.

"A young man would always pass and encouraged her in her music. We found out he was homeless and Molli said that she would like to see her money go directly to the people who needed it.

We didn't see the lad around after he'd been beaten up but when we approached a local group, Wexford Helping The Homeless, they knew the young man and had actually helped him relocate and gave us an update on him. Molli decided there and then that that's where her money was going.

That was Christmas 2018 and this Christmas she decided she wanted to do the same."

A combination of bad weather and a bout of tonsilitis meant that Molli couldn't busk every evening as planned, but she still managed to make just over €700 (which she rounded off to €750 with her own pocket money).

We love a feelgood Friday moment to end the week on a high.

READ NEXT: Wolfe Tones to donate proceeds from ‘Come Out Ye Black And Tans’ to Peter McVerry Trust

One of our favourite Galway pubs is back open

This week's Wednesday night movie on RTE is a good one

Antrim restaurant's menu leaves much to the imagination