There's actually nothing better than a hotel break.

You can escape reality, switch of and completely chill while being treated like royalty.

Last weekend marked my one-year anniversary with my boyfriend and I wanted to do something nice to mark the occasion. Problem is, he's literally the busiest person living so it's nearly impossible to head anywhere right now.

It had to be close to home, affordable yet boujee, have good food and be out from the hustle and bustle so that we could chill.

Well, it seemed my prayers were answered when I looked up a hotel that my sister and her husband had visited for their anniversary a year or two ago.

Bellinter House ticked all the boxes.

Located just a 30-minute drive from Dublin, this stunning 4-star Georgian building in the heart of the Boyne Valley is a wonderfully unique place of enchantment and relaxation.

We drove down a long, dramatic country lane entrance that soon led to the large house with darling stables tucked behind it. Walking up to the main entrance I couldn't contain my excitement. 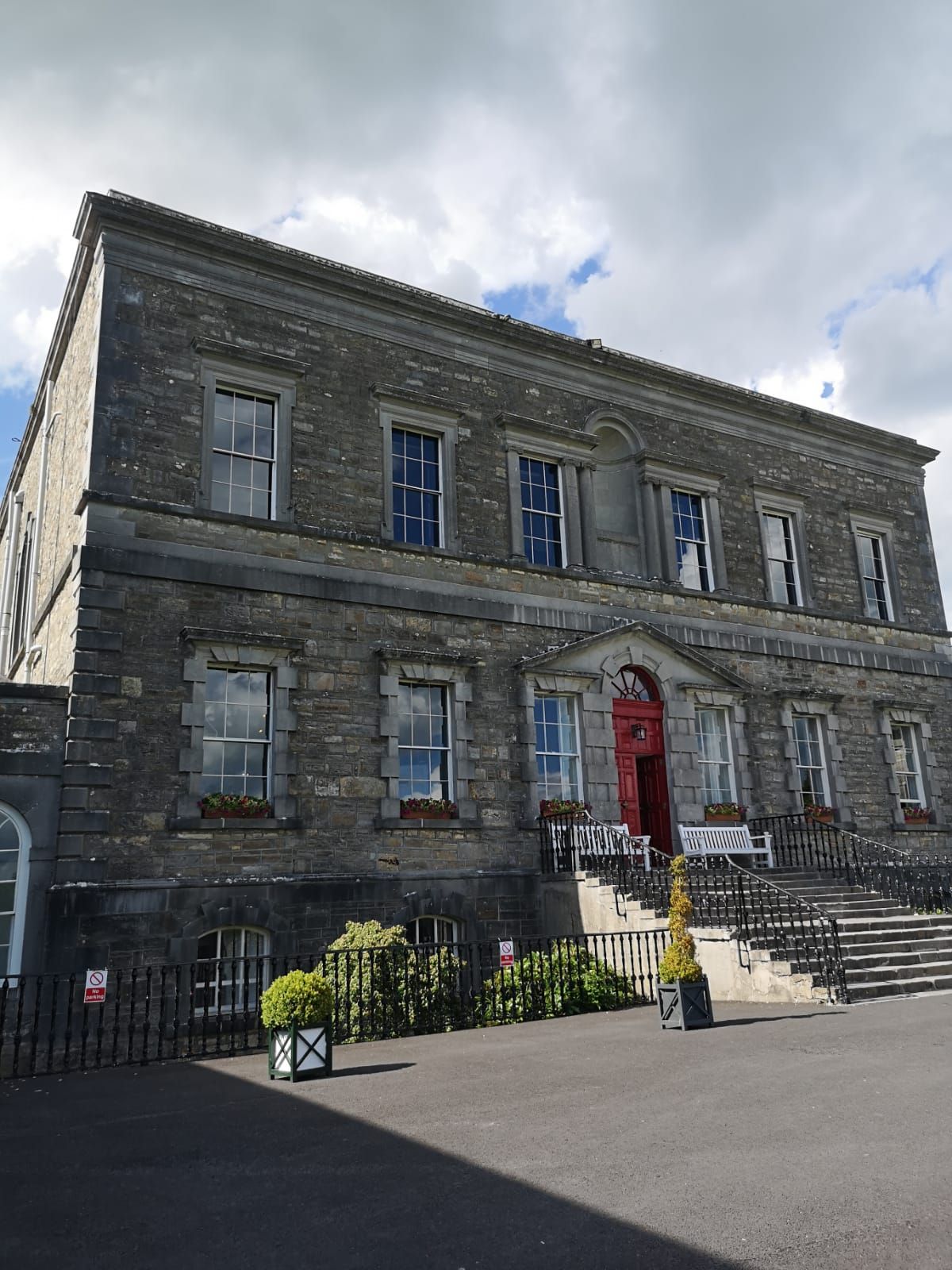 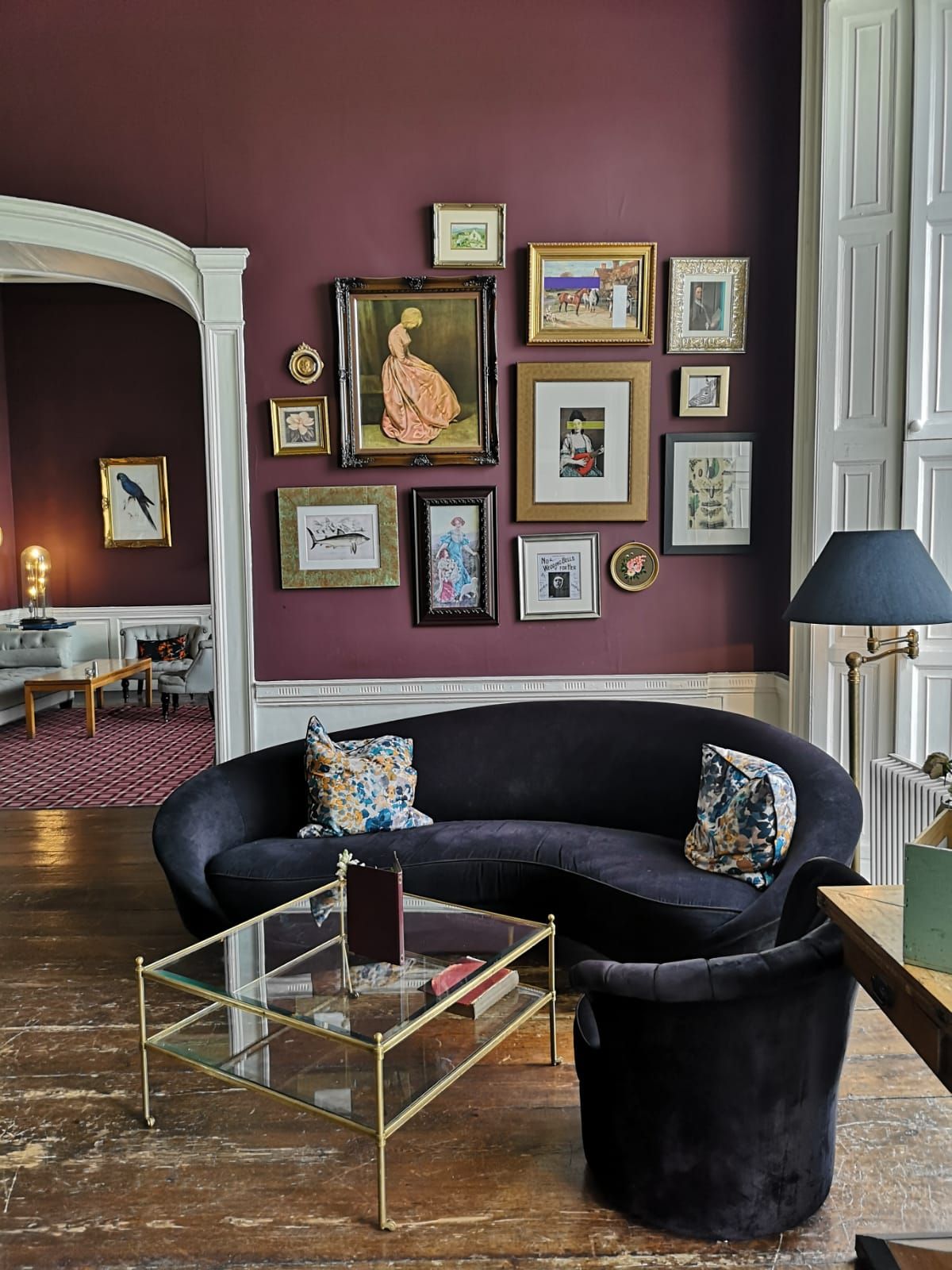 We entered the main reception; there was a drawing room filled with chatter over afternoon tea happening to my left, vintage statues with quirky fascinators on them and a smiling receptionist waiting to greet us to my right.

She gave us our key and we entered a room with an old-fashioned grand piano covered in thank you cards from the multitude of weddings that had their special day there - a lovely touch.

We made our way up red-carpeted stairs until we got to our room which nearly blew me away. Inside, it was super quirky. Purple walls, a printed bed frame, green velour couches with a butterfly coffee table and the most beautiful view to the field across from us.

🎉 We are so delighted to have been named ✨Venue of the Month✨ for June by @confettimagazine! Thank you to all of our Bellinter Brides & Grooms 🥰 we are always honoured to be a part of your special memories! https://www.confetti.ie/news-events/venue-month-june-2019-bellinter-house-co-meath-44229?preview=1 #bellinterhouse #bellinterhousewedding #love #wedding #irelandwedding #destinationwedding #irishwedding #weddingphotography #summer #summerwedding #confetti

Of course, my initial instinct was to jump on the huge bed that had its very own furry throw at the end of it - that feeling of pure bliss is like no other.

As much as I was dying to stay on this luxurious bed and have a little nap, my boyfriend and I dragged ourselves out to the spa area - oh what a hard life we have!

Bellinter has an outdoor wooden hot tub, steam room and sauna, as well as a spa. We got into the hot tub and chilled in the sun, it was sttuuuuunnnn. 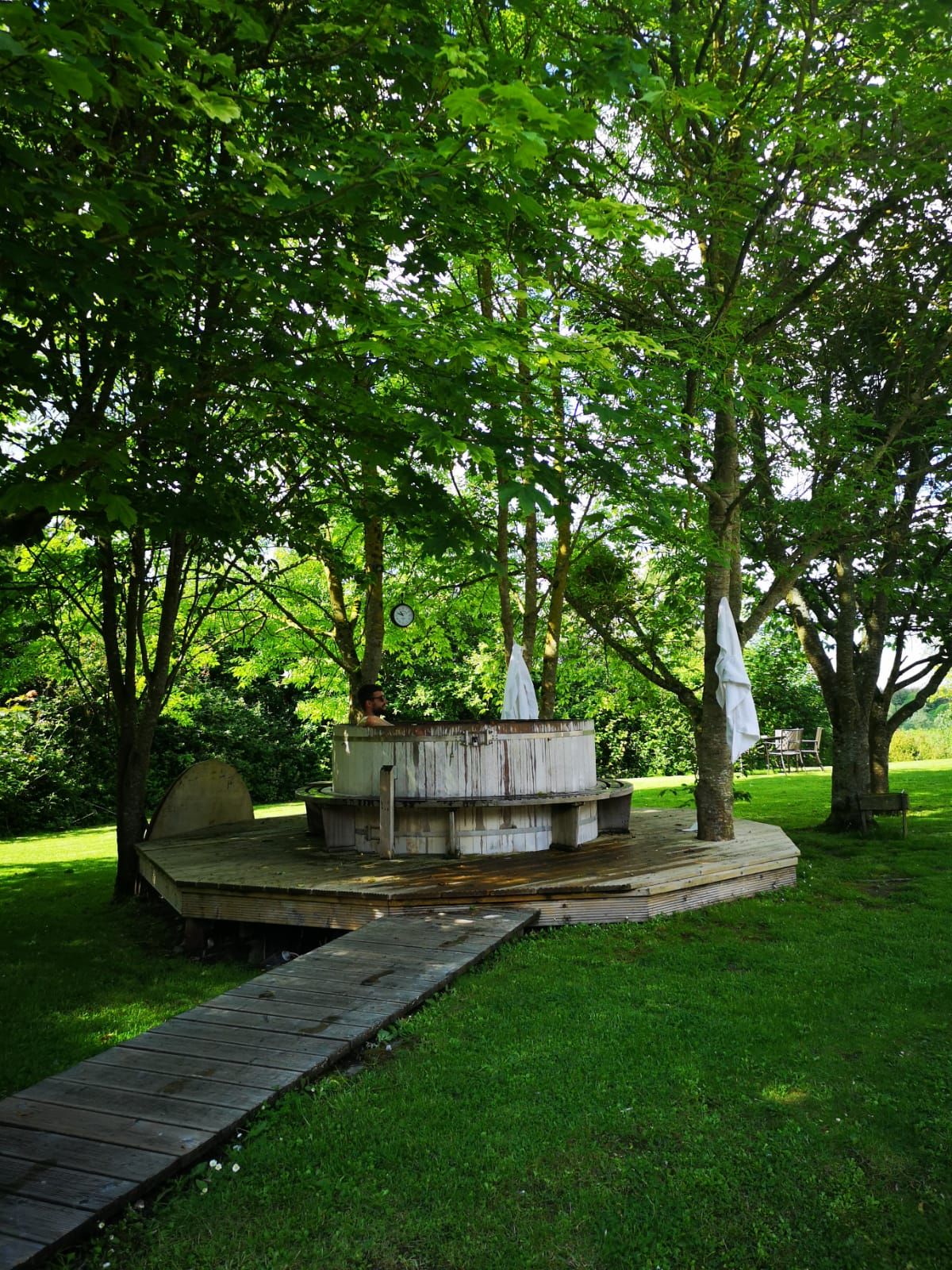 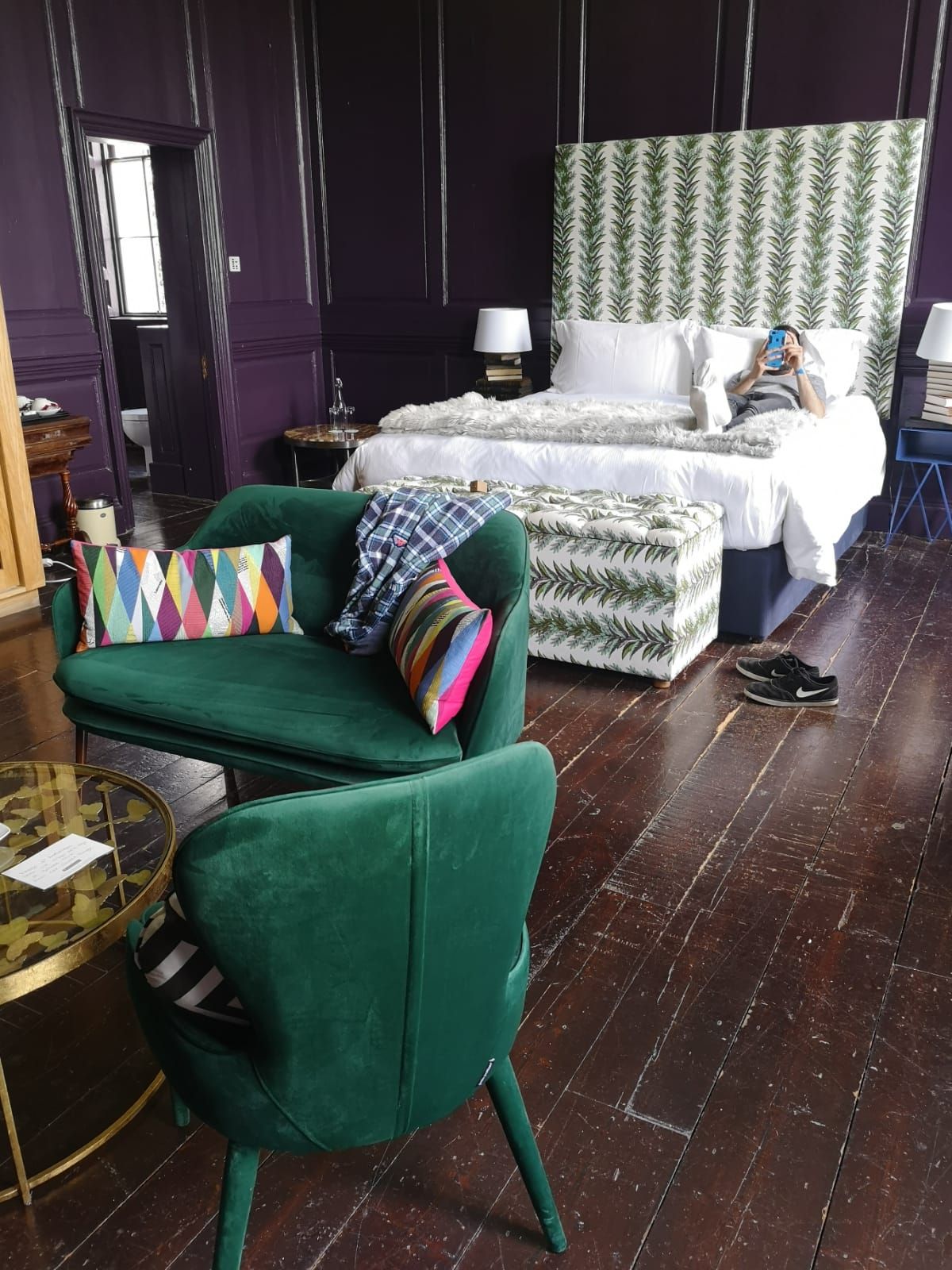 We finished off this incredibly relaxing day having dinner in the restaurant downstairs. It was included in our package to have two courses, so we opted for mains and dessert. I had duck for mains and John had steak; my duck was fab but John's was definitely nicer as it had that real smokey flavour to it and more interesting sides.

Dessert came and I had gone for my good old favourite, a cheeseboard. They initially forgot the crackers which had me looking at the plate funnily, but once they realised and brought them out I was a happy bunny.

One of my pet peeves about cheese boards is when they only give you three or four crackers - I need MORE! Thankfully, they gave me a load of them - I'm not sure if they gave me extra to compensate for forgetting them in the first place but regardless, I didn't have to ask for extra, which I usually do.

John had rhubarb and strawberry crumble and it was super tasty, very hearty - like something your mammy would make you! 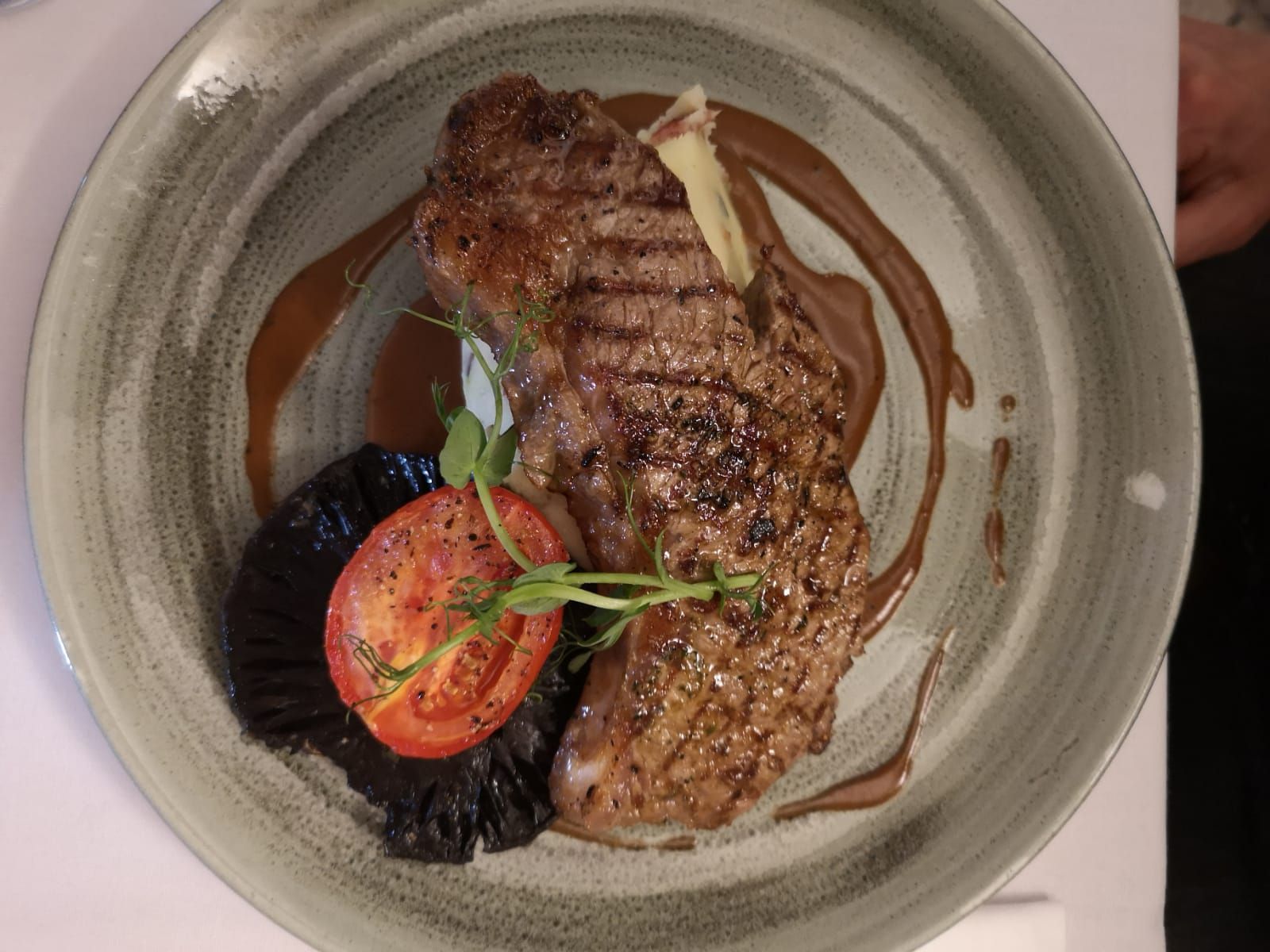 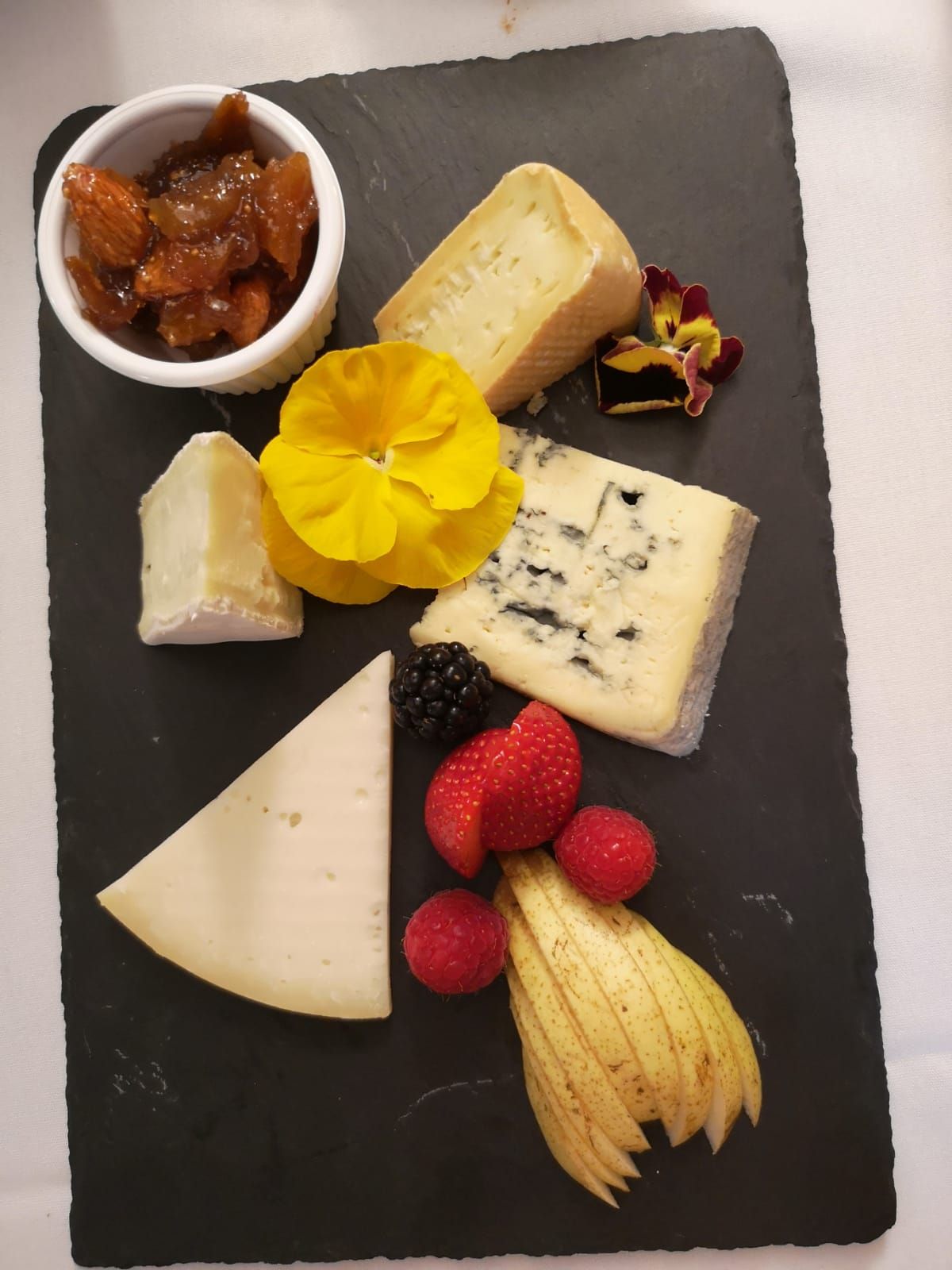 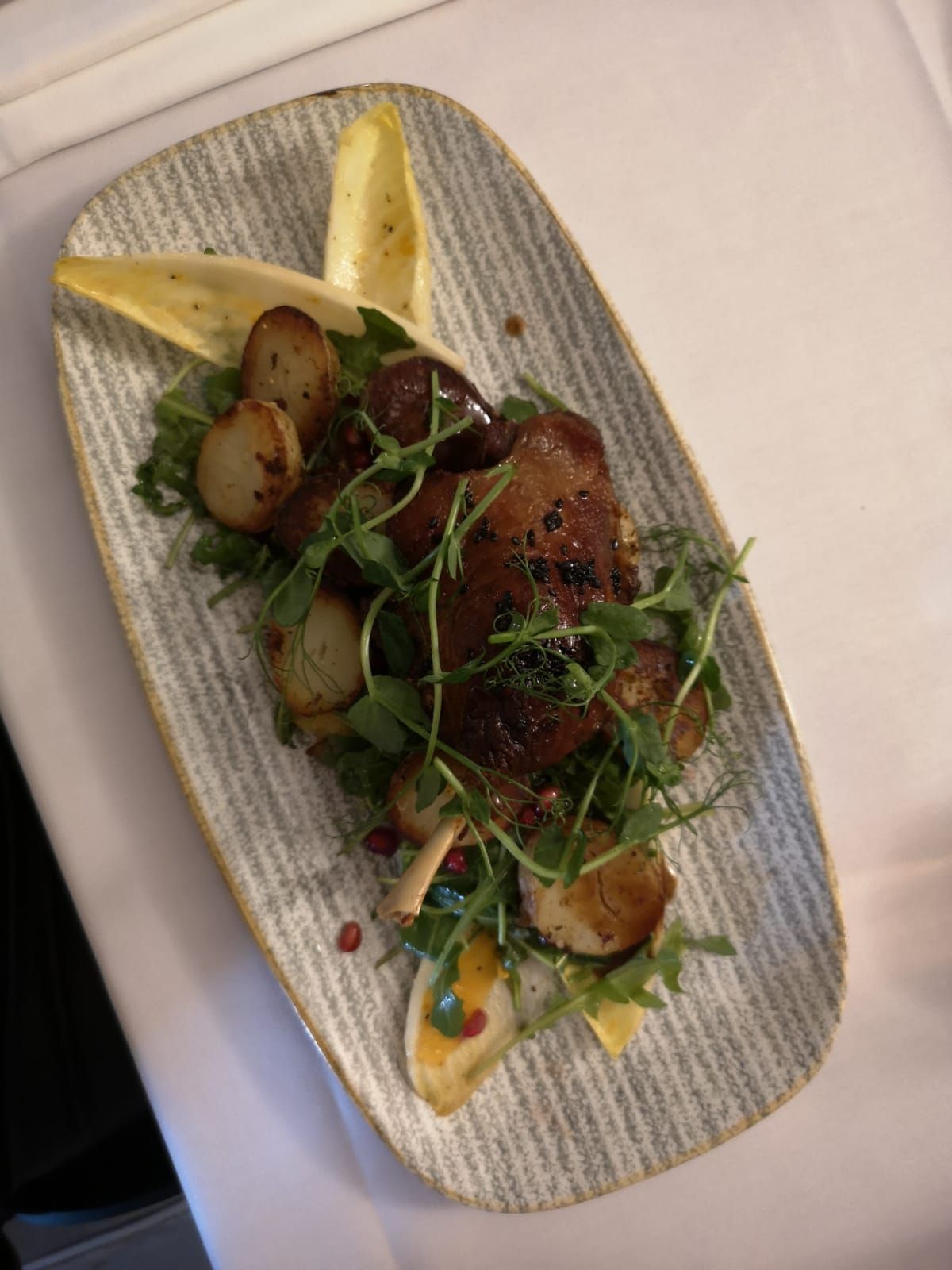 Our package also included breakfast which was really good. There was a continental area where I picked up a little pot of overnight oats and toast and there was also a hot menu.

I ordered eggs benedict which came out without the hollandaise sauce so I had to order that again - it wasn't the best I've had to be honest. The overnight oats were fab though, so I left my eggs half finished and continued to munch on them instead.

Best of all, it was an absolute STEAL. I kept pinching myself and actually checked my bill a few times to reassure myself that I had gotten it right.

The Summer Escape Package came in at €140. This included one night stay, a two-course meal, breakfast and €40 spa credit for two people.

I was literally looking into places for an anniversary meal that would have cost that much, never mind having the boujee hotel experience on top of that.

I couldn't recommend this place more, it's perfect for a special occasion and it's such a lovely place. The staff were super sound, the price was unbeatable and we just had an absolute ball.

Seriously, get on this deal before the summer is up - you won't regret it.

No 99s at Bettystown Beach for first time in 40 years