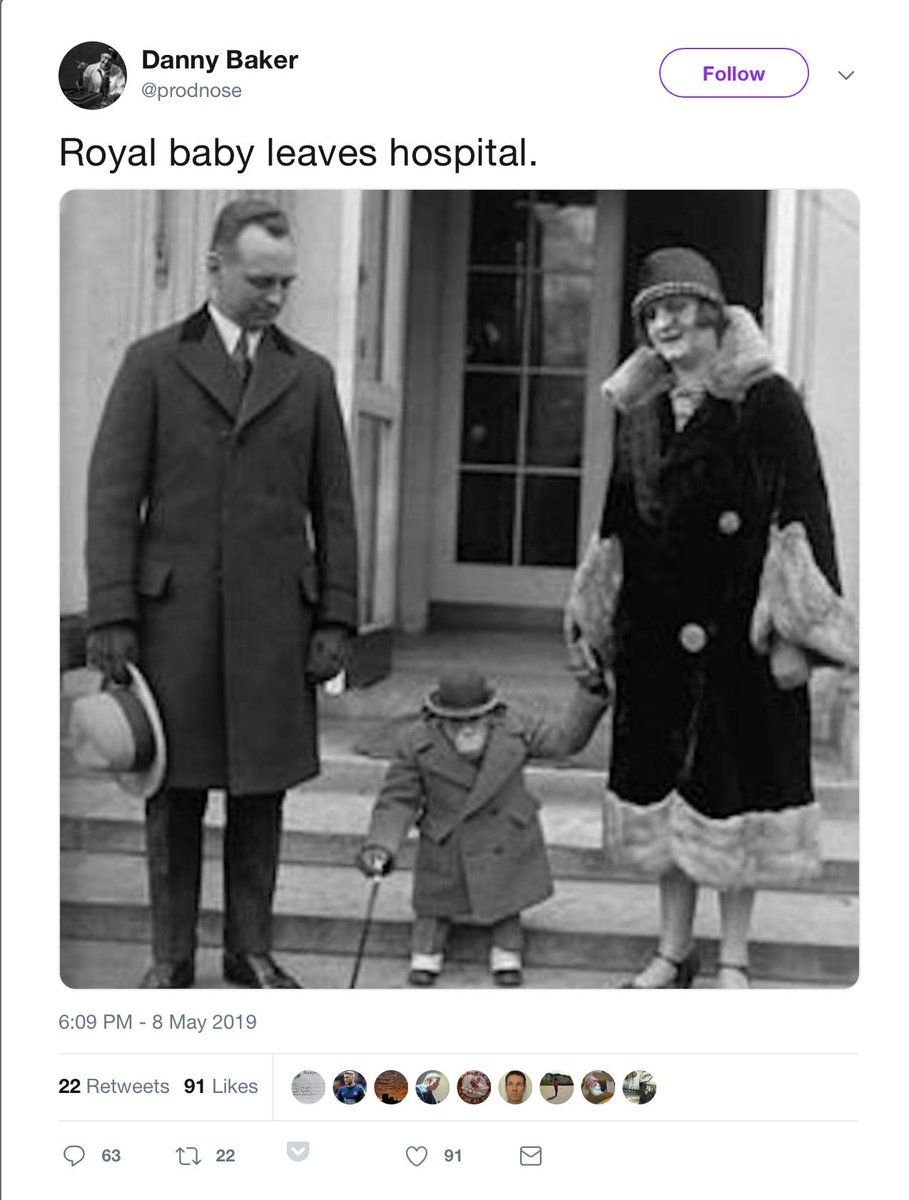 BBC presenter Danny Baker has come under fire for a tweet relating to the royal baby.

The radio presenter shared an image in a since deleted tweet of a white couple holding hands with a monkey, captioned, "Royal baby leaves hospital".

The presenter's tweet has been accused of having racist connotations as Meghan Markle's family is of African-American descent.

Baker took to Twitter to apologise for the post, saying he would've used the same image for any child and said it was a mistake.

He referenced Archie Mountbatten-Windsor in his tweet, writing "sorry mate".

Now Sky at the door.
Would have used same stupid pic for any other Royal birth or Boris Johnson kid or even one of my own. It's a funny image. (Though not of course in that context.) Enormous mistake, for sure. Grotesque.
Anyway, here's to ya Archie, Sorry mate.#Occam #Razor

Baker was later fired by the BBC, where he presents a radio show on BBC5.

Just got fired from @bbc5live.
For the record - it was red sauce. Always.

He said the national broadcaster threw him "under the bus".

The call to fire me from @bbc5live was a masterclass of pompous faux-gravity. Took a tone that said I actually meant that ridiculous tweet and the BBC must uphold blah blah blah. Literally threw me under the bus. Could hear the suits knees knocking. #Fuckem

A representative for the BBC commented, "This was a serious error of judgment and goes against the values we as a station aim to embody."

They added, "Danny's a brilliant broadcaster but will no longer be presenting a weekly show with us."