One of the most heated debates in Lovin HQ history occurred yesterday as we argued over the smell of Sudocrem.

Sudocrem is an Irish staple, it's hard to go into any bathroom without finding a tub of the white nappy rash and healing cream.

Got a burn? Put some Sudocrem on it.

Literally everything. Sure it's magical stuff.

But what does this popular household must-have smell like?

Many people would say childhood or... nothing? It just smells like... Sudocrem.

Someone in work however, claims it's lavender scented.

It’s set to be a chilly #January, so whether you’re out hitting the sales or just exploring the countryside with friends and family, make sure to wrap up warm! Sudocrem Antiseptic Healing Cream is for the treatment of Cuts and Grazes. Always read the label.

After much debate, we took to Google and apparently, though I hate to admit it, she's right!

I first checked out Boots.ie for an ingredient listing and there it was, right at the bottom of the list: 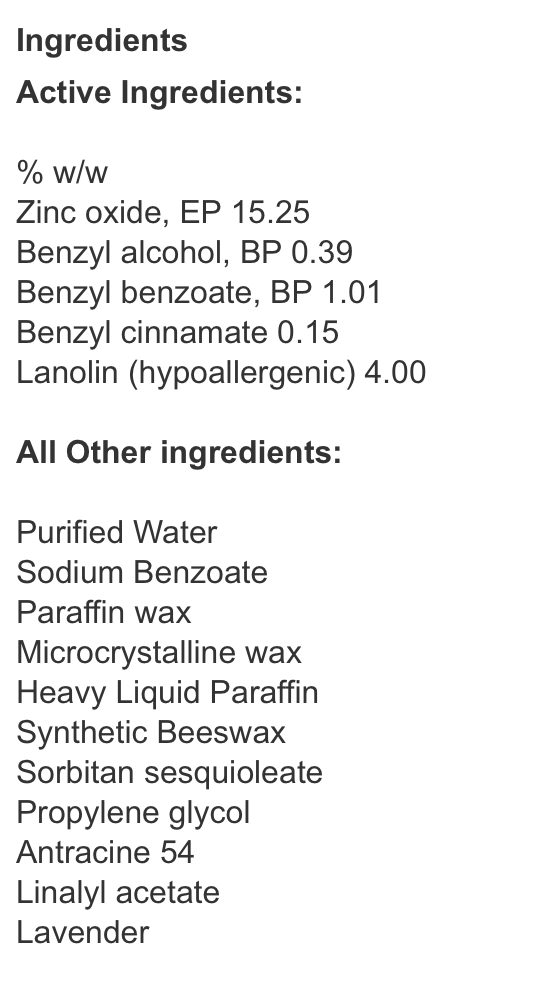 I personally, have NEVER smelt lavender from it.

Where have you explored lately? Always make sure to have a handy pot of My Little Sudocrem with you, as it’s great for soothing on-the-go! #soothing #ahhh #Anothersoothingmoment #soothinglandscape #adventures #soothing #mylittlesudocrem #sudocrem #nature #pagoda

My search continued as I came across a blog that had gotten in touch with the brand directly and they said:

"Sudocrem has confirmed VIA email with me that Sudocrem Antiseptic Healing Cream does contain lavender fragrance and that they do not manufacture a fragrance free formulation of this product."

What do you think? Does it smell like lavender?

Leave your opinions in the comments below.

Your Champions League TV guide for Tuesday and Wednesday

OPINION: Fed up of Zoom? Me too

What you should be doing during the lockdown