Why is it that everybody is shit scared of cooking fish at home? So much so that the vast majority of people only eat it out in restaurants because they just wouldn’t know where to start at home. Fear not this 10 minute epic little monkfish dish will show you just how super simple it is. Like it actually couldn’t be any easier! So stop being a lame ass, whip out one pan and 7 ingredients and cook up this tasty little treat.

This is an incredible dish but there are actually only 7 ingredients. The kale and bok choi won't be in every shop but easily swap them out with anything green (spinach, broccoli etc). 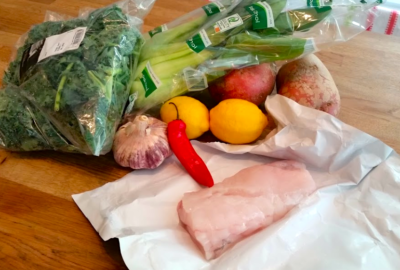 Grab 2 huge big fuck off potatoes. The biggest you can find. 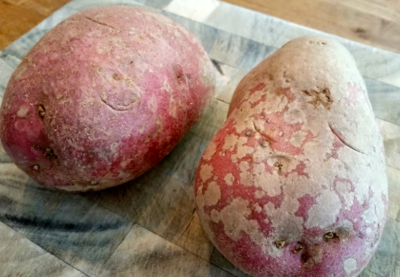 Cut them into very even sized cubes. They have to be the same size so as they all cook evenly 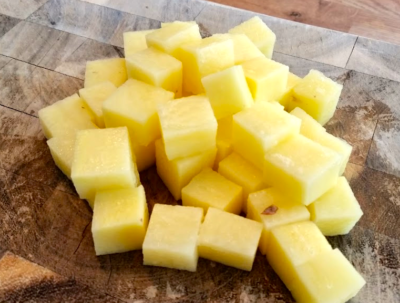 Chop the chilli and garlic up as small as you can. Leave the seeds in the chilli if you want extra kick! 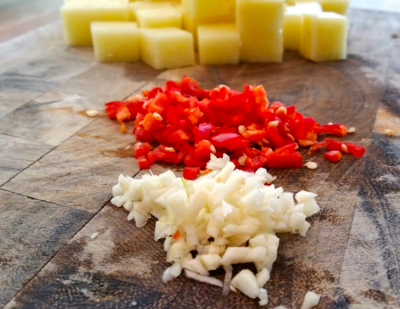 Lash on a wok and crank up the heat. Fuck a load of oil in there as well. 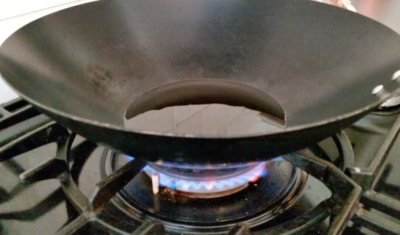 Once the wok warms up lash in the garlic, chilli and spuds. Keep the moving at all times and tossing around so as they don't stick at the start. They'll take about 8-9 minutes to cook. 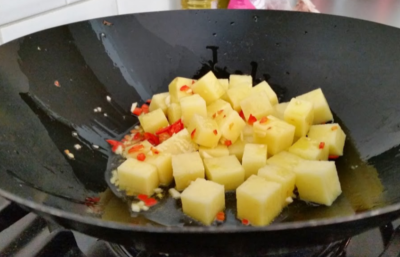 While the spuds are cooking prep the Kale by taking any shitty stalks out of there. Give it a good was too. 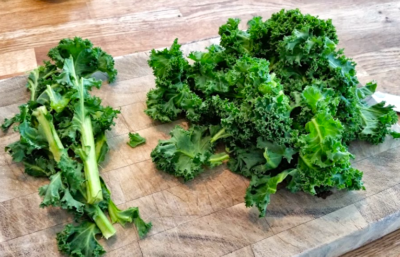 Prep the bok choi by just trimming the roots away. 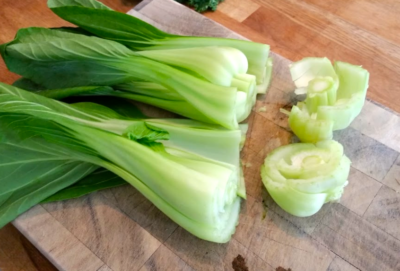 Chop the cabbage up into even sized pieces and that is all your lovely greens ready to rock! 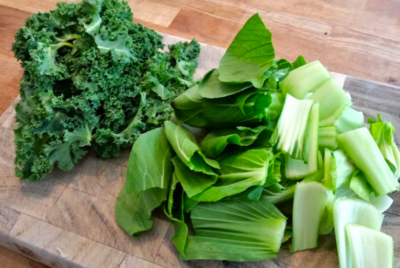 The spuds should be getting golden brown and crispy now. A nice controlled heat here rather than burning the garlic and chilli. 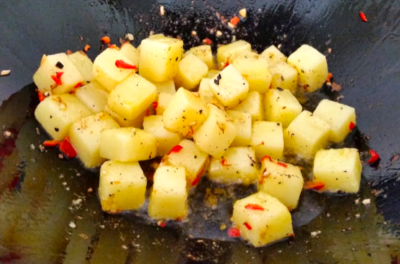 Fuck in the kale. It won't take long to cook. About 3-4 minutes to wilt down. 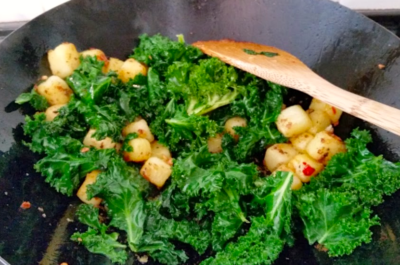 As the fish monger to prep the monkfish for you. They'll trim all the shit and sinew away and you'll be left with pure meat. 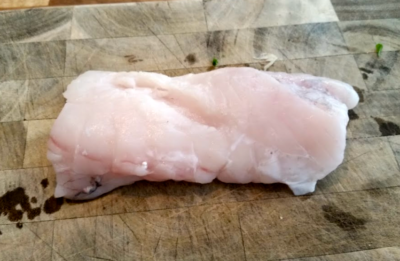 Slice the bastard up into even sized little medallions. Monkfish is a very sturdy meaty fish so you'll be laughing here in terms of prepping it. Super easy. 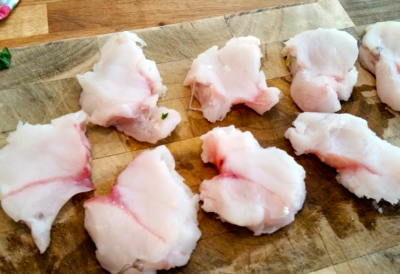 Grate a bit of lemon zest over the top of the fish. Only the yellow bit because the white part under the skin is bitter and tastes like ass. 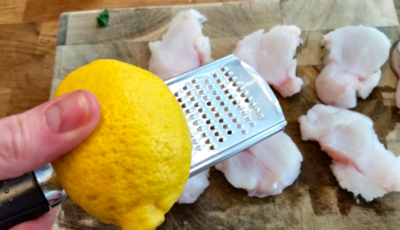 Season the fish up with a bit of slat and pepper and a light drizzle of oil. Simples. 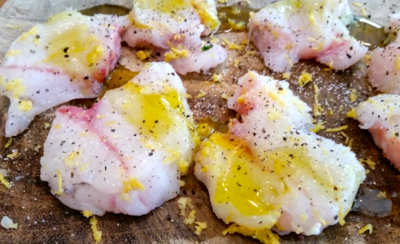 Whip the potatoes off the heat and lash them to one side. They'll stay warm for the 2 minutes it takes to cook up the fish. 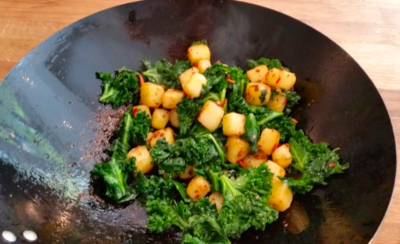 Lash the same wok back on (I hate washing up so this is a one pot wonder!). As high a heat as possible. 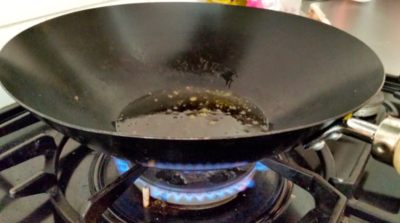 When it is smoking hot fuck the fish in and then leave it there for about 90 seconds. Don't touch it once. Don't play with it, don't toss the pan just fucking leave it alone and let it do it's thing. Then all you have to do is flip the little fellas over and cook them for about 30 seconds on the other side. Why do people worry about cooking fish? It isn't exactly rocket science. Lash the bok choi straight in on top of the fish. 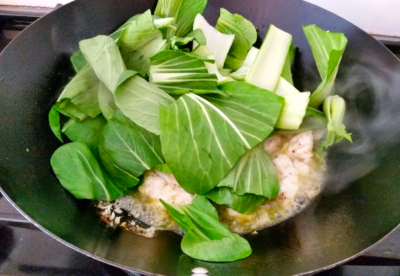 Squeeze of lemon and let the whole thing cook for literally 30 seconds tops and that is you done! Magic!! 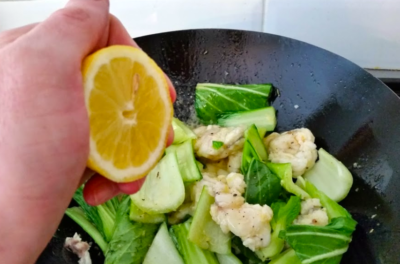 Lash the potatoes onto the plate first. 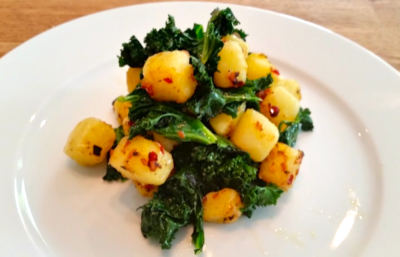 The pile all the lovely fish and veg up on top and you are laughing. Looks totes amazeballs and all done with 7 ingredients in about 20 minutes tops! What more could you ask for? 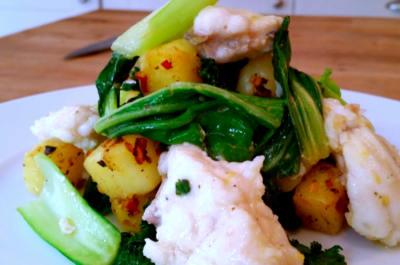 So there you go. Nothing complicated in there was there? You only need 7 ingredients and if you follow it all step by step people will think you are related to Gordon Ramsey. Literally couldn’t be an easier way of cooking fish and there is no way you can fuck this up!! Hopefully after you try this you might try some other fish recipes and generally start eating a little healthier and not be so freaked out about cooking it at home. Go on down the shop and get the 7 ingredients you need an give this a lash.