So it's Sunday evening and you've had a seriously tough weekend filling your body with all sorts of shite.

Time to start the obligatory health buzz, so I thought I'd help out and share something mouth watering and delish. I'm not going to lie and say it's without its indulgences healthy but it has turkey, salad and avocado in there which is more than enough to keep the heart attack at bay for another couple of weeks.

Once again this is completely and utterly idiot-proof and only has seven ingredients, and with any luck you might have a couple of them knocking around the back of the fridge already.

Picking the right avocados is the hard part. Most supermarkets sell them rock hard and those are no use. Pick one that's soft to the touch and presses in; it'll probably be black rather than bright green. If they're like bricks don't even bother. Sometimes a shop will have more expensive ones that are really ripe, so go for them.

Chop the avocado up roughly then lash on a bit of sea salt and the juice of the whole lemon. Don't be shy with either as they draw out the flavour. Open the salad. Cut the root off and make it look like this. If you can't manage this stage, give up and go to the chipper. 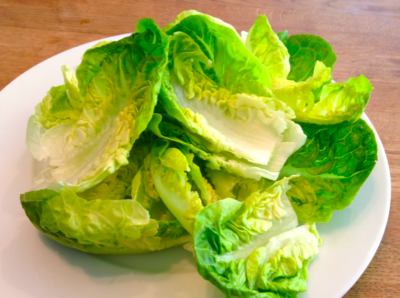 Whack a bit of olive oil on to the bread. 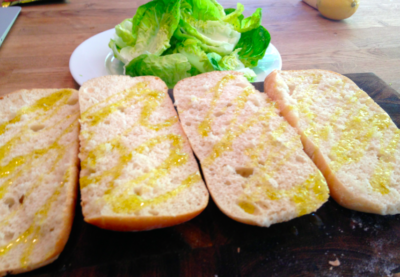 Cut the turkey steaks as thinly as you can. They'll probably already be thin. Add olive oil and a good lash of cajun seasoning. Toss them around to cover the fuckers evenly. 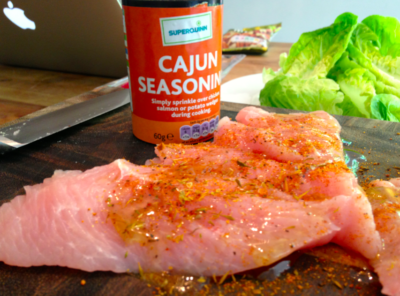 Get your cheese and use a peeler to get nice thin slices (wash your hands after touching the raw turkey unless you want to spend the next two days throwing up). Chargrill pan. Cook the turkey until it's white for a few minutes on each side. Turn it at the right times and get your angles right and you have a piece of restaurant-style cooked meat! When it's nearly done fuck the bacon in. It'll shrink so don't worry about space. 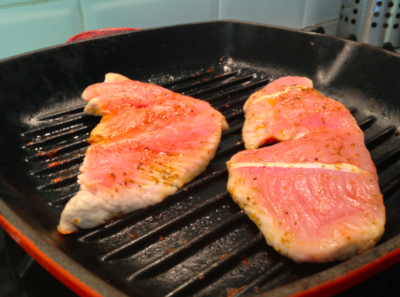 When they're both cooked and the smells are driving you demented, lash the bacon up on top of the turkey. Don't overcook the turkey or it'll taste like sawdust. You could easily do this on the BBQ if the weather is nice. 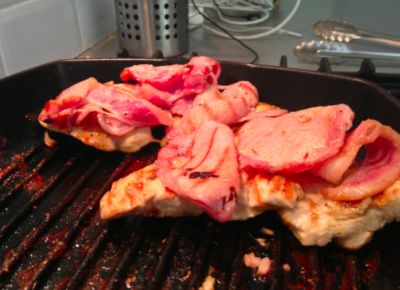 Fuck the cheese on top and let it melt in naturally. You'll want to warm the bread up in the pan at this stage too. Should only take about 30 seconds. 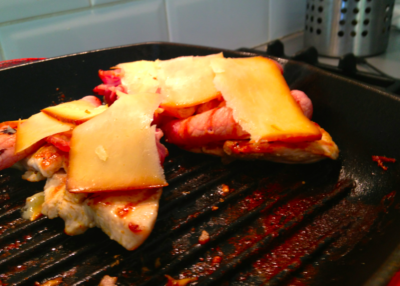 Right, you've done all the hard work. Time to play Bob the Builder and assemble it all. Lash the avocado on and don't hold back. 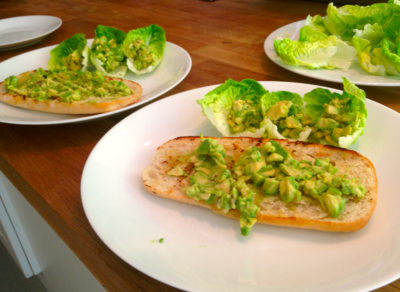 Lash on your turkey, bacon and cheese pile. 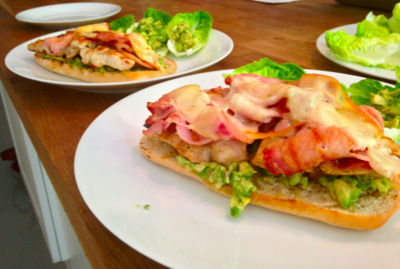 Do some fancy shit with the extra leaves and avocado on the side like I did, to make you look all cheffy. 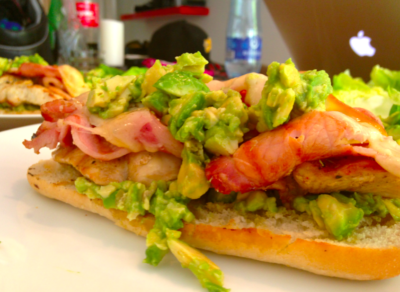