It's Monday, one of those days of the week that reside in a wasteland of boredom where nothing fun can possibly take place. So you suppose you may as well go to the gym this evening.

But you're gonna need to make your dinner first to get your energy up after work, preferably quick and easy so you won't be working out too late. That can be tricky, so I came up with this savage little recipe that not only tastes delicious but is also incredibly easy to make.

All the good stuff is in here, including loads of greens, vitamin C in the lemon, and protein in the chicken. 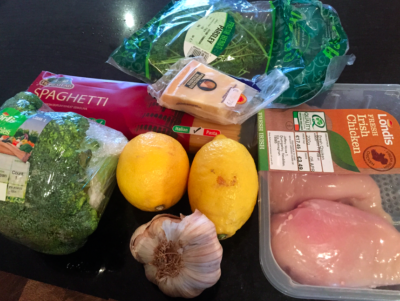 Chop the broccoli into little fleurettes. That is a fancy French word chefs use in books use when chopping up flowering veg in little pieces. 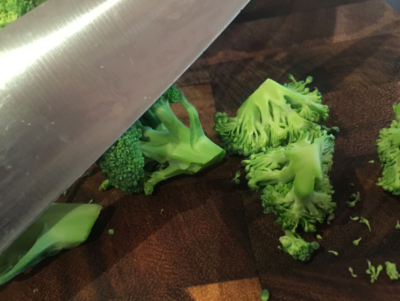 Peel and chop up the garlic. At the same time zest a lemon. 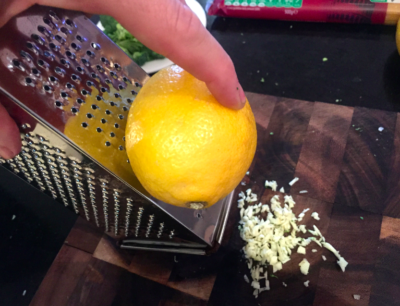 Grab all the parsley out, clump it up into a ball and chop the life out of it. 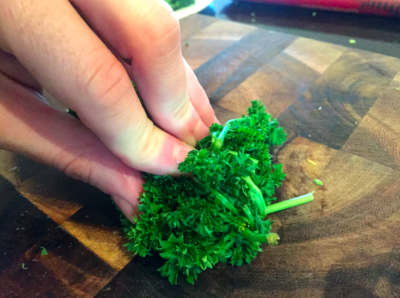 You want it as fine as you can possibly get it. The finer the better. 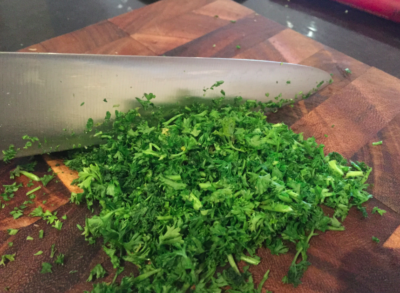 Grate the parmesan cheese. You want a good handful of it when it's finished, so don't be shy. 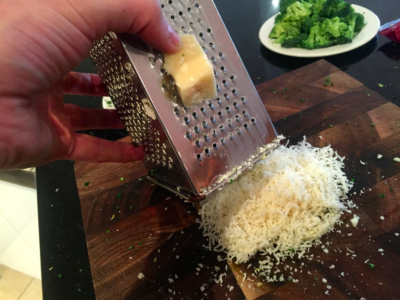 Now that is pretty much all the prep done. Split it out as they'll be going in at different times. 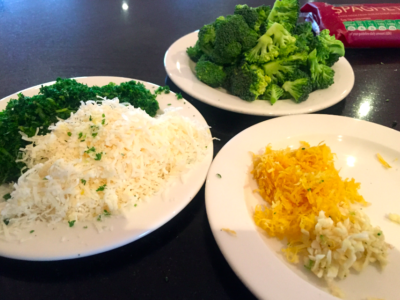 Throw the pasta into boiling water and follow the instructions on the packet. 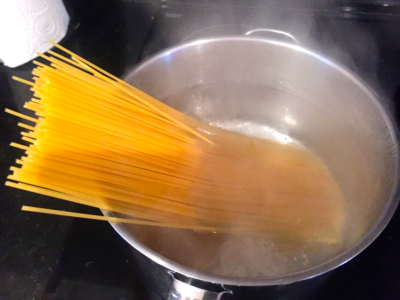 Now because we want to cook this quickly, we're going to slice open the chicken breast. Again the fancy term for this is butterflying, but we are just going to call it "making it thinner'. Slice away the fat part of the breast and flap it out so you have one long thing piece of meat. 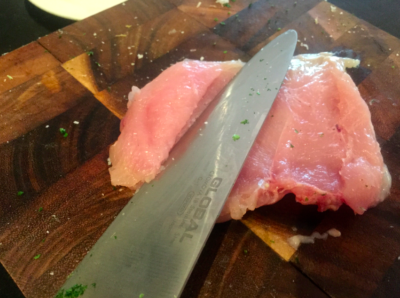 Season with salt, pepper and a good lash of olive oil. Rub it in on both sides. 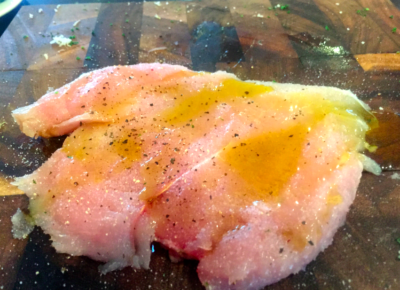 Heat up a frying pan until it's super hot, then throw in the chicken breast. 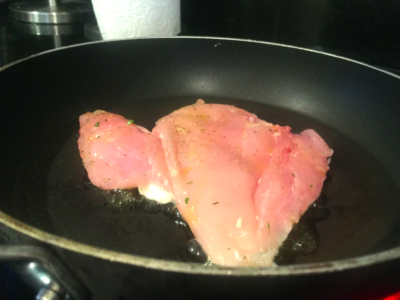 After about a couple of minutes (don't be feckin' messing with it, using tongs or whatever – just let it cook) flip it over. It'll only take about another two minutes on this side and then you're all done. 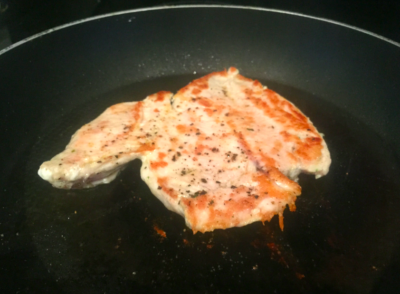 Throw the broccoli into the cooking water at the last minute. This will take about a minute tops. 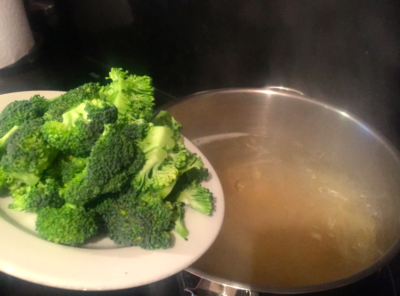 Next throw in the lemon zest, a little slug of olive oil and the garlic. They're not going to take more than about 30 seconds to get the flavour going, and whatever you do don't let the garlic burn. 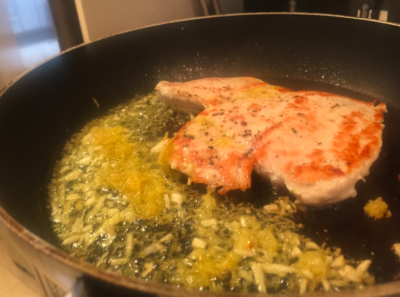 Immediately throw in the juice of the two lemons and let it come up to a boil for about another 30 seconds. Don't let the pips in the lemon drop into the sauce and have to be an eejit like me fishing them out for ages. 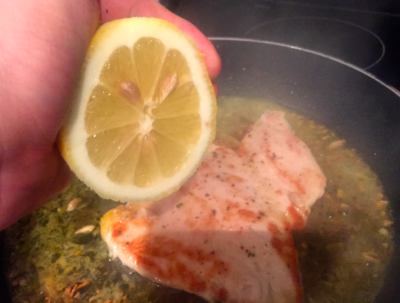 Take the sauce off the heat and throw the stained pasta and broccoli in followed by the parmesan and the parsley. You want to add these at the end and keep them nice and green. Throw in a bit of salt and pepper as well for good measure. 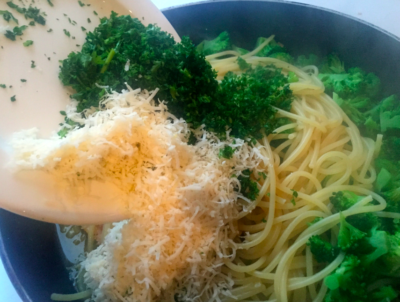 Stir the whole thing up. You want the sauce coating it properly, so all of the flavours are there to be tasted throughout. 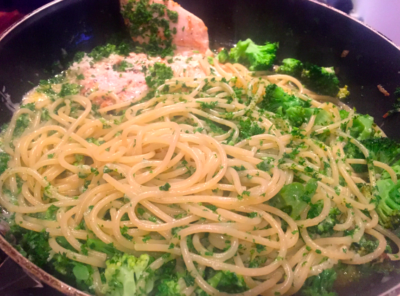 Lash the chicken onto the plate first. 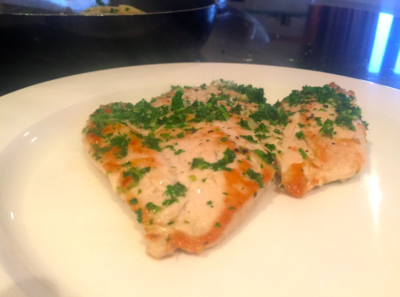 Spoon the pasta up on top and throw a bit of the sauce around the side. And you're done! 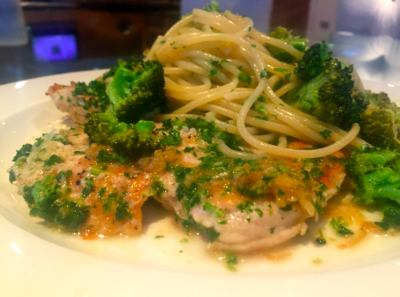 For bonus marks lash a couple of portions together and throw one in the fridge for the same time tomorrow. Just because you need to eat well doesn't mean it can't be quick and delicious at the same time.

READ NEXT: 12 Super Healthy Recipes To Kickstart Your January Goals