Had a rough weekend? Been out sleeping in a field at a festival for most of the weekend? Still got the shakes going to work this Monday morning? We’ve all been there. Luckily I’ve got a soup packed full of goodness that will supercharge your recovery and get you back on track. The human body really isn’t that fucking hard to understand…put bad stuff like Vodka and Cokes in there and you’ll feel like shit. Load up on pure goodness like this soup and you’ll feel awesome. Don’t say that the new health regime “starts tomorrow” and grab that bad of crisps but instead get your big lazy ass off the couch and go and make this right now. As usual it only has 7 ingredients, can be made by any old idiot and tastes amazing. Because stuff like the cabbage is packed full of nutrients this will quickly offset all the shite you fired in to your body over the weekend! Go go go!!!

Start by peeling the large onion. You really don’t me to give you instructions on how to peel an onion. Chop the fucker up as small as you possibly can. 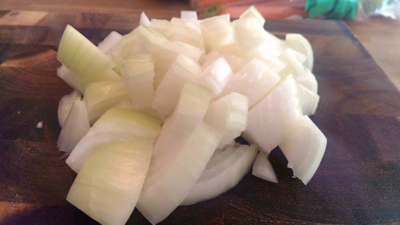 Do the same with the celery in to nice small pieces. Peel the carrots, take the top and the tail off them, and chop them in to nice small pieces. This all feels like a lot of work right now with all the chopping and that but you are nearly done! 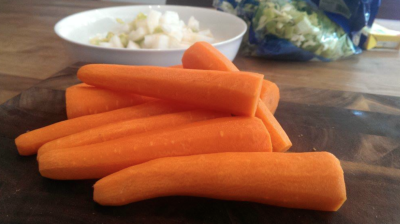 Find the biggest fucking pan you have in the kitchen and heat it up and whack in a load of olive oil. 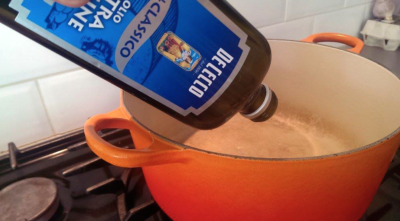 Now we want to sweat all the flavors out of these veg. Think of a big American tourist sweating around a Moroccan spice market. Thats the temperature we are looking for here. Nice and slow sweating away for about 10 minutes. Start with the onions, carrots and celery. After a few minutes lash in the leek and cabbage. You might not find a bag with both so buy them both or if choosing one go with the cabbage. 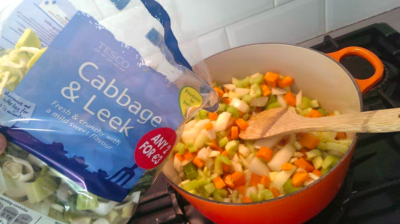 This will fill the pot to overflow point but don’t worry cause the heat is going to decrease the volume. Keep stirring at this stage for another 5 minutes. 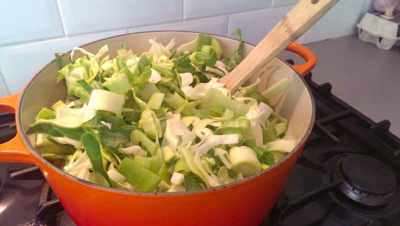 You’ll want it to get down to about half the size. At this stage people will be coming from all over the house cause of the insane smells. Chop your spuds in to nice little cubes and get about a cup of pearly barley. You could use lentils as well. 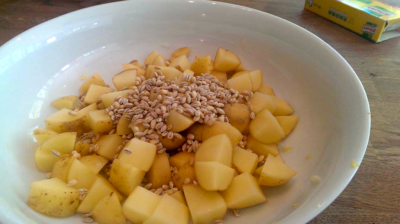 Once the veg is nicely sweated down lash in the spuds and barley. 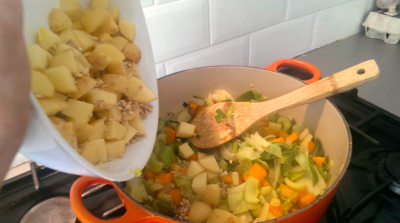 Keep stirring that stuff for about 2 minutes. 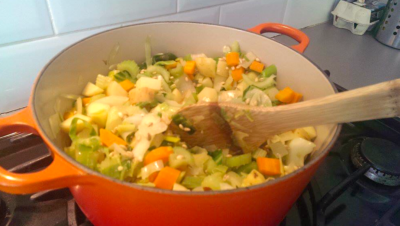 At this stage completely cover everything with a load of water. 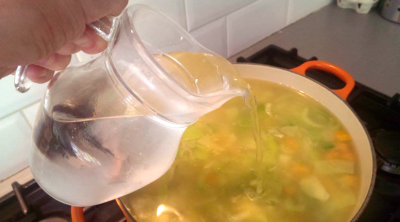 You can use chicken stock or veggie. The veggie stuff has fuck all flavor so unless you abstain from meat ignore that shite. Crumble it straight in to the soup and add in a load of salt and pepper too. Now all you have to do is simmer it for 30 minutes. Go off for a smoke, to the gym or to watch Eastenders to kill the time. You don’t have to do a fucking thing at this stage so don’t stand there like a tosser stirring it. Thats it. When you come back it will be ready and you’ll have enough for a couple of days. This is the basic recipe don’t forget. Feel free to lash in any other veg, herbs or even a bit of chicken or turkey. Noodles would work well too. The best thing about this is it actually tastes way better on the second day. Lash it in to you and before you know it your promise to never drink again will be over and you’ll be raring to go for another weekend! Healthy stuff is not meant to taste this fucking good! 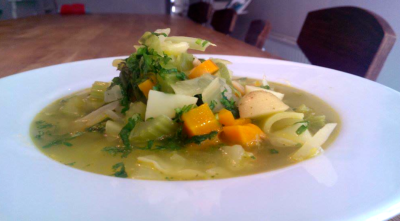 Loads of you have been taking great photos and sending them in using the #lovindublin on Twitter and Instagram. Keep them coming as it’s great to see you cooking all over the world. We’ve seen people send in photos this week from as far away as Spain and Dubai. Some of them look way better than my originals.