Eating healthy is a massive pain in the hole, and most people find that the really tasty stuff is only found in restaurants for an outrageous price.

Take fresh tuna for example, served gorgeous and rare in a restaurant, but often the best we can manage at home is a tuna mix with a bit of mayo. Luckily, it doesn’t have to be that way, as this recipe shows you can lash together an epic healthy meal in less than 10 minutes.

You should have enough left over for your lunchbox the next day, and because it's so high in protein and low in carbs, it's the perfect dish to have after a work out.

An incredible recipe, if I do say so myself…

The key here is getting some really good tuna. You'll find it in most supermarkets now, but will often get better quality in a deli or fish mongers. Just make sure it smells super fresh. 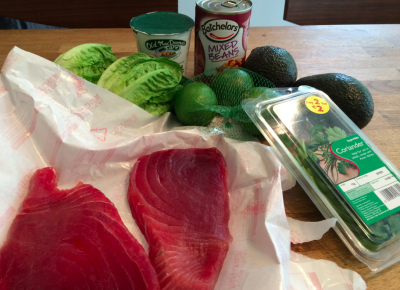 Lash the yoghurt into a bowl. 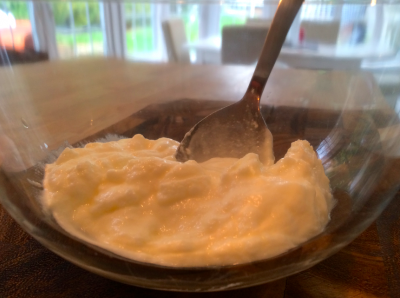 Grab the coriander and chop it up with the biggest knife you can find. 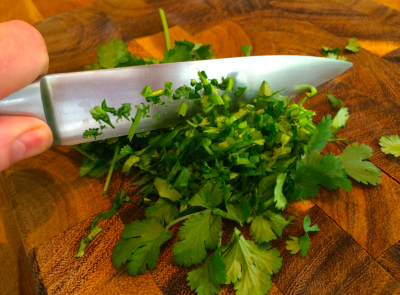 Throw half of it into the yoghurt and keep half back for later. 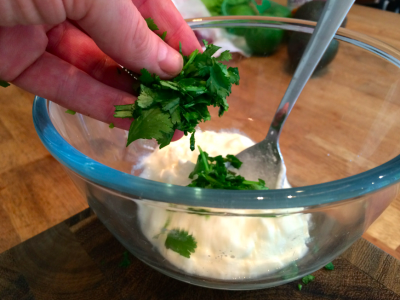 Squeeze a lime into the yoghurt. 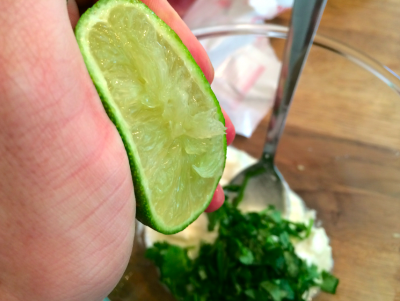 Give the whole mix a quick stir. This also makes a lovely little dressing for tonnes of stuff. 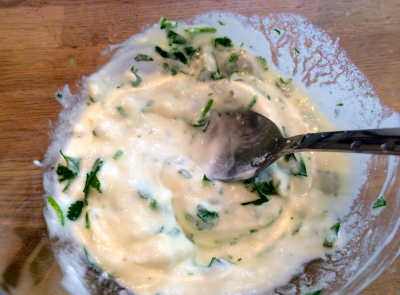 Bring the tuna out to room temperature for about 10 minutes before cooking. Lash on a bit of oil. 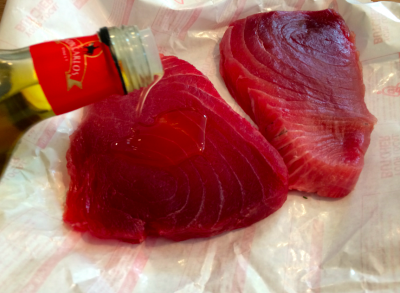 Season the bastards up with some salt and pepper. 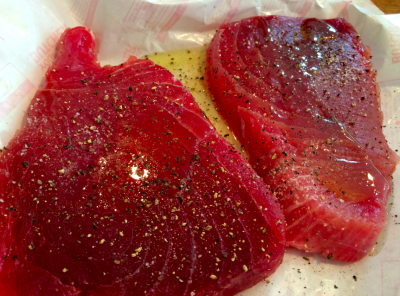 Grab a big bowl and after straining off the beans throw them in there. Make sure they're as dry as possible. 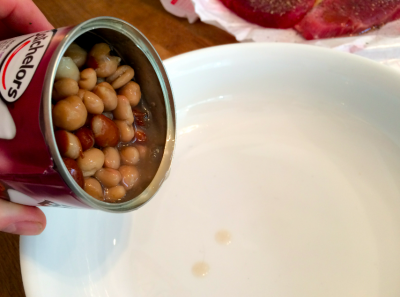 Chop the ends off the salad. 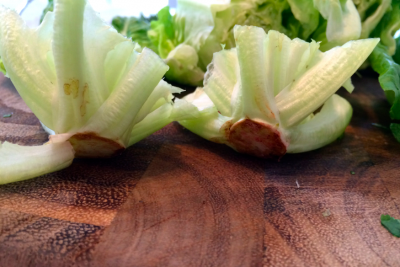 Chop it up roughly. Don't go crazy here, just a couple of chops with the knife. 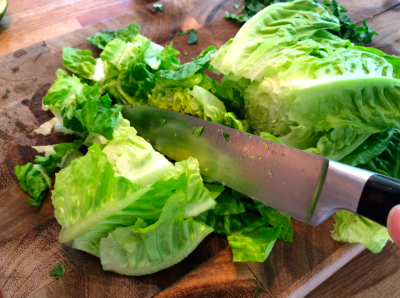 Lash the chopped salad into the bowl with the beans. 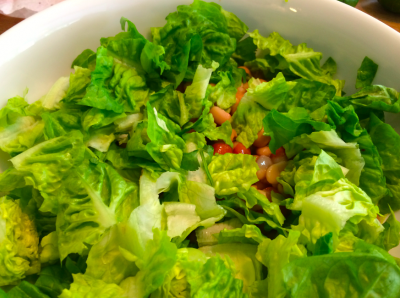 Fuck in the rest of the coriander. 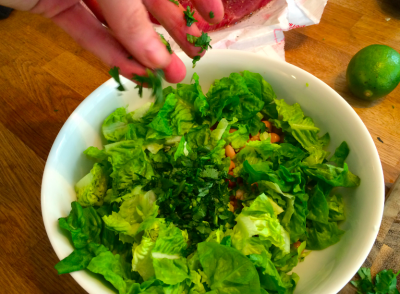 Do not even think of starting this without ripe avocados. The supermarkets can be pricks and try to sell you rock hard ones. Either wait for them to get ripe or buy the more expensive ripe ones. 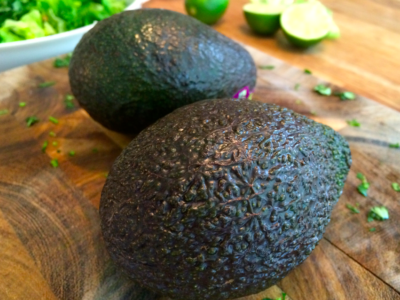 Cut them in half by running your knife around the outside of them. 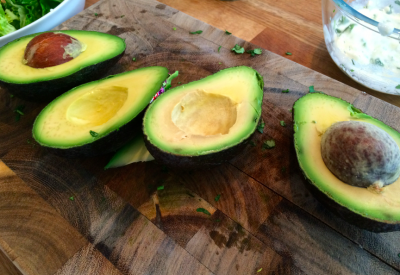 Pull the skin off them. 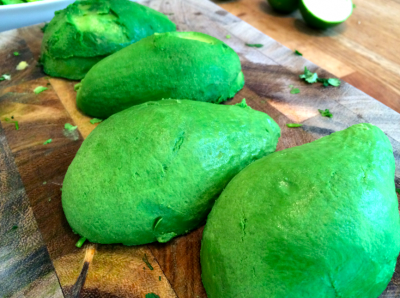 Chop them up into nice even-sized pieces. 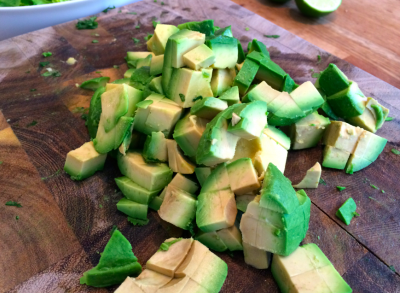 Lash the avocado into the salad mix and squeeze the rest of the lime in there. 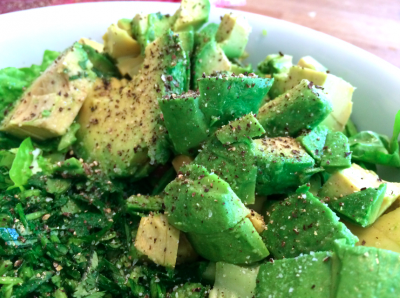 Mix the whole thing together. If you happen to be a veggie, then you could leave the salad like this. 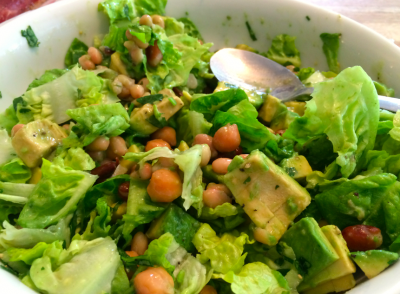 Get a pan on. Can be a chargrill pan or just a frying pan. It has to be on the highest heat possible. 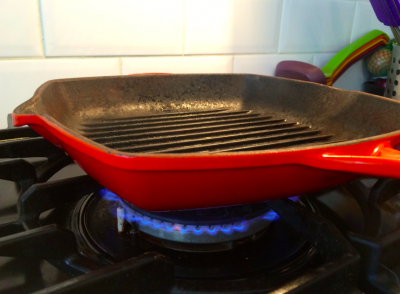 After about 2 minutes of heating it up when it starts smoking, lash in the tuna. I can't stress enough how hot it should be. 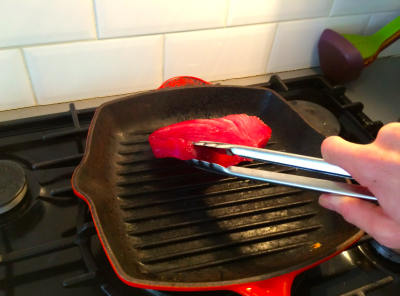 We're only cooking the tuna for a maximum of 30 seconds on each side. Not a second more! We want it seared, but rare in the middle. 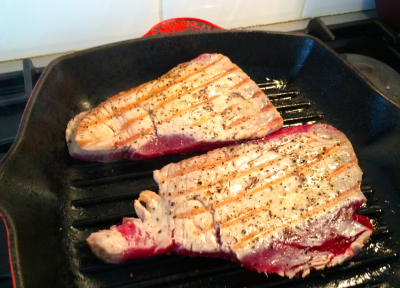 Take the tuna off the heat and get ready to assemble everything. 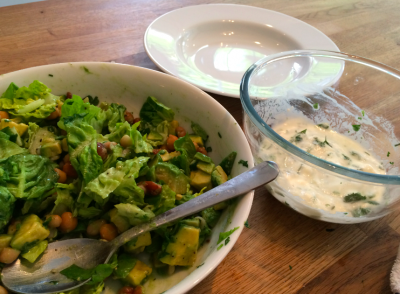 Let the tuna cool down for a couple of minutes, then slice it up into nice little even-sized pieces. Go on, ya big chef! 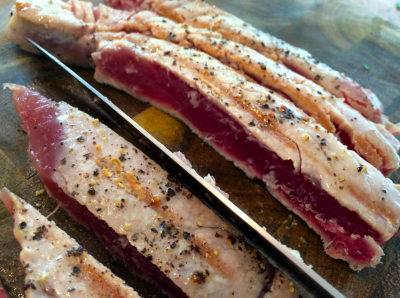 Mix the tuna into the salad mix. 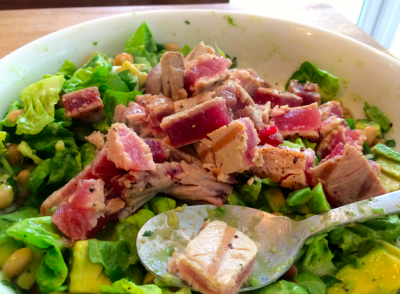 It's already looking amazing. The main thing with this is presentation, so pile it up nice and high. Drizzle a little of the sauce over the top. I purposely made extra for this recipe, as it'll make a great lunchbox filler. 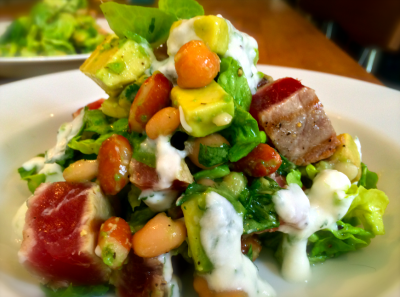 It really is that simple. This whole thing took me 10 minutes to make from start to finish. The tuna will cost you a bit for the fresh stuff, but it's worth every penny.

So go do a big work out this evening and cook this up afterwards, you'll be well impressed with your own skills.