It’s March and surprise surprise, it's still baltic out. But it’s not all bad. Cold weather means we get to curl up on the couch, eat snacks and spend the weekends watching telly. So, you're probably looking for Netflix recommendations.

It looks like our friend Jorge wasn't the end of the bad weather. Frosty, wet and windy conditions look like they're on the horizon.

So we're teaming up with Walkers Sensations to bring you our top picks for what to watch when staying in this weekend.

Put on your cosiest lounge-wear, pull out every blanket you own and enjoy your Netflix binge.

Wondering what to snack on? This week, go for Sensations Hickory Cheddar and Bacon, featuring a creamy tang of cheddar, a subtle hint of smoked hickory and a rich bacon flavour.

pair this with a bottle of Volpetto Chianti Classico Riserva. Packed full of sour cherry and red-berry fruits with a nice touch of oak and a cherry and black tea finish, it's the ideal pairing for this crisp. 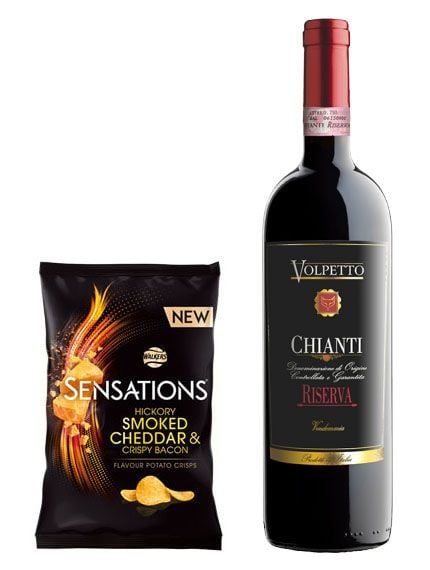 You should also get yourself some Sensations Balsamic Vinegar, which features a sharp tang, a bite of balsamic vinegar and flavours of sweet and juicy caramelised onion.

The perfect pairing of wine with this crisp is going to be Rizzardi Pinot Grigio, which is bursting with ripe pear, green apple and peachy fruit before a touch of honey and spice on the long fresh finish. 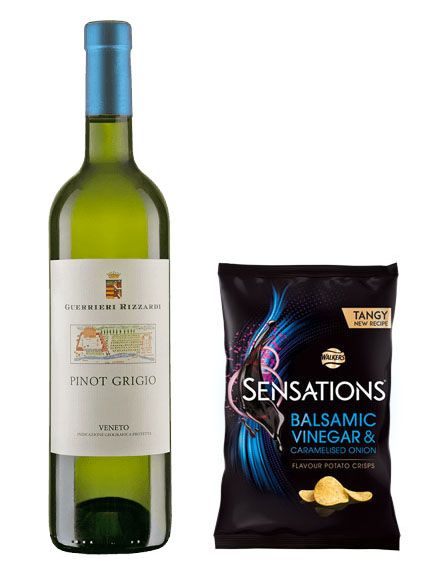 Now, onto our top recommended Netflix binges for this weekend.

If you haven't watched this yet, where have you been?! It's the bizarre reality TV we so desperately needed after the Love Island finale.

What's it about? The show involves contestants living in pods where they can hear the person on the other side of the wall, but they're unable to see them. The real twist? In order to meet the person they've coupled up with, they have to get engaged. Lads, it's mad, and we're so here for it.

With the premiere of season 12 dropping last week, there is no better time to start binging this. Once you start, you will be hooked.

Pro-tip: start on season 4. That's when the show gets REALLY good, with queen churning out sickening looks, hilarious comedy and heartwarming moments. For a reality competition show, this one has a lot of heart (and an unbelievable amount of sass).

I Am Not Okay With This

A drama about a teenager navigating the trials and tribulations of high school and family life is by no means a new concept. But giving the lead character superpowers certainly shakes things up.

The first episode of Better Call Saul Season 5 has finally dropped on Netflix.

With a new episode being added each week, it gives you plenty of time to binge the earlier seasons in order to catch up before the season finale. With a 98% score on Rotten Tomatoes, you're bound to get addicted to this one.

If you're into thought-provoking dystopian dramas, then this one will likely tickle your fancy. Set 300 years into the future, new technology has made human bodies interchangeable and death is no longer permanent.

As you can imagine, it's a wild ride.

If you were a fan of Project Runway, then you need to get on board with this one.

Teams of super talented designers battle it out by creating incredible runway outfits for judges Tan France and Alexa Chung. What they produce is insane, to say the least.

Are you mad for anything food-related? Aren't we all.

Well, you'll probably be into Ugly Delicious, a reality show following a team of chefs and celebrity guests travelling to different culinary heavens around the world to try the most interesting, bizarre and mouth-watering food to be found.

Out of all of the Netflix recommendations on this list, this one os the fiercest. We have been waiting for SO LONG for this to be added to the streaming platform.

The show follows the fascinating and fabulous New York ball culture in the 80s. Expect glamour, heartbreak, and everything in between.

If that isn't some proper binge-worthy Netflix recommendations, I don't know what is. The tastiest snack, a perfect pairing of wine and top quality (and highly addictive) television? Now THAT sounds like the ultimate night in.

WIN: Spring stay in the Shipquay Hotel in Derry

10 best areas to look for property in Galway

The most creative ways to propose at home this leap year