While most were indulging with food and drink over the festive period, Danny O'Donoghue spent the Christmas break putting in work with Conor McGregor's striking coach.

Taking a break from preparing McGregor for his upcoming UFC comeback, striking coach Owen Roddy welcomed O'Donoghue to his gym, where he put The Script frontman through his paces.

O'Donoghue shared a photograph to his social media, admitting that he has learned a lot under the watchful eye of Roddy.

O'Donoghue wrote: "What a few days it’s been working with @coachowenroddy , picked up so much in such little time. The way you lay it out makes it easy to pick up #worldclass and an honor to be in their with you. Look forward to getting back in. 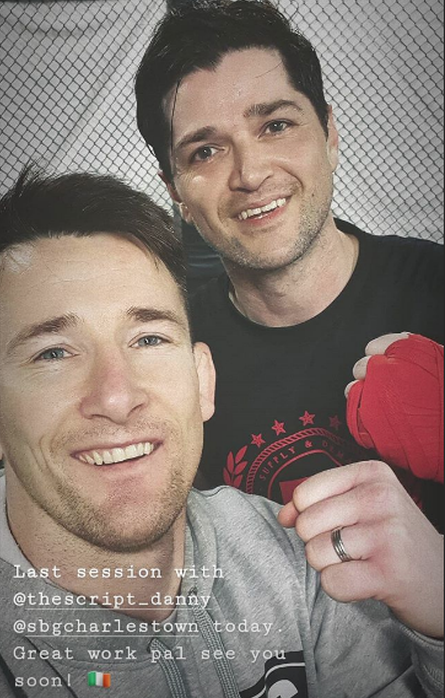 "The t shirt is to hide the bruises, inside and out lol."

O'Donoghue was back in the gym this week for his last session with Roddy, who is due to fly out to Las Vegas soon to finish preparations with McGregor.

McGregor is scheduled to make his return to the Octagon on January 18 in a welterweight contest with Donald Cerrone.

Ahead of the main event of UFC 246, McGregor's head coach John Kavanagh insisted that fans were in for a treat with the current version of 'The Notorious'.

Jan 1st, last heavy spar today before going to Vegas. Can honestly say this is the best i've seen him and i wasn't sure that was possible to do 6 months ago. You guys are in for a real treat, i'm just glad to have a good seat! #UFC246

When is the League of Ireland back? A return date has been confirmed