Well this is a first... Tinder confirming a footballer signing for a club before the club itself.

Jesus Perez is a promising American midfielder who, apparently, is claiming to be the newest addition to the Dundalk squad.

While Dundalk have yet to make any statement on a move for the 22-year-old, Perez's Tinder profile may well have let slip his switch to the Lilywhites.

An eagle-eyed female fan has noticed that Perez, nicknamed 'Chino', has listed himself as a 'footballer for Dundalk FC' in his biography on the dating app. 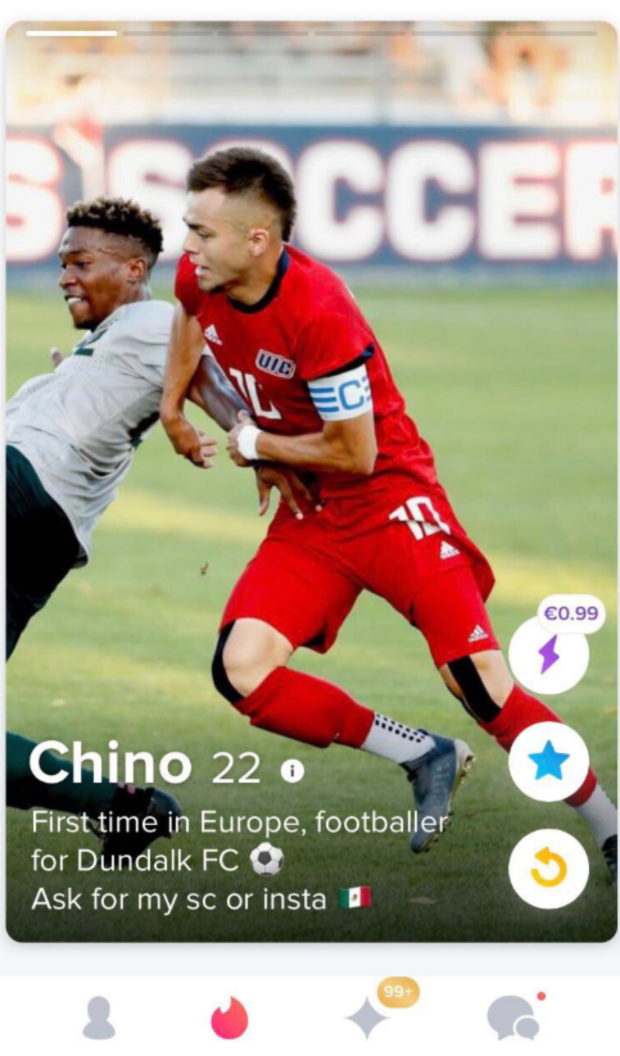 Perez, who has represented the UIC Flames in America at university level, was named an All-American last month for his season's accomplishments.

As social media tends to do, detective work quickly got underway and discovered a Facebook post from a woman who seems to be Perez's mother wishing her son well as he set off for Dundalk.

While we don't know for sure if Perez is indeed on his way to Vinny Perth's side, it does seem that he is at the very least on trial with Dundalk in the hope of picking up a contract.

We've all fibbed ever so slightly on dating apps to big ourselves up so if that is what happened with Perez, can we really blame him?

We just hope he got a date out of it at the very least...

When is the League of Ireland back? A return date has been confirmed