There are absolutely loads of Irish people living over in Vancouver. But not many of us seem to holiday there. Having spent a summer there, I'm wondering why that is. Because I think it would make for an unbelievable week or two away.

Being a city surrounded by water and beautiful mountainous areas, it's the perfect mix of city and nature.

And here are nine reasons you should definitely visit this part of the world at least once in your lifetime.

Now, it has to be said that climbing up Grouse Mountain is quite difficult. It took my friend and I about two hours to do it, and we were pretty shattered by the time we completed the climb, but once you get up there, you will thank yourself. The views are just magical.

2. The beaches are stun

Vancouver is kind of all based around a peninsula, so it's pretty easy to get to a beach from most places around the city.

My go-to was Kitsilano Beach, which was packed full of Irish people when the sun was blazing.

But other beaches like Sunset Beach and English Bay are also stunning.

3. The people are so nice

It's a well-known fact that Canadian people are some of the nicest in the world. That is no stereotype.

Everywhere we went, we were greeted with a smile and friendly chat. It really makes all the difference to your trip when the people are just genuinely sound. 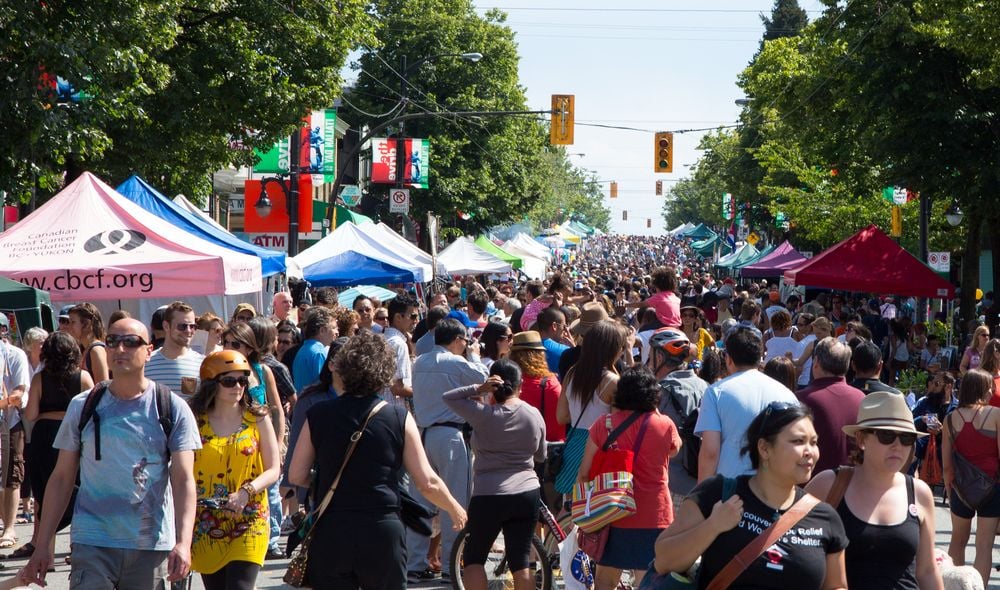 There is always something to do in Vancouver, whether that's a festival, an outdoor movie, or a street party.

I was never stuck for anything to do.

Hands down one of the nicest urban parks there is. With beaches, forest walks and public pools, I would easily spend a whole day in this park.

You can rent bikes and rollerblades to explore the park for a couple of hours, which I would definitely recommend doing.

One of my FAVOURITE things about this city was the drum circle that happened on Third Beach every Tuesday. Basically, people come with drums and instruments and play music while everyone sits around on the beach and has a few drinks and loads of craic.

#drumcircle at #thirdbeach was pretty special to see. Every Tuesday evening in Vancouver. Thanks for showing us @thewestcoastguy ♡ great visit with our big city friends.

This was one of my favourite days out of any summer holiday I've ever had.

Lynn Canyon is a massive park just outside of Vancouver where you can explore, go swimming and jump off the wee cliffs.

It doesn't look that high, but trust me, once you're up there and you're about to jump off, you're nerves do be gone.

It's just a short bus ride from Downtown Vancouver so it's super handy to get to.

I think jumping off big rocks is my new fav hobby

This is a little village just outside of Vancouver that makes for an unreal day out.

I actually came out here a few times because there is so much to do. The first time we went, we rented kayaks for $30 and spent about an hour and a half out on the lake.

The second time we went, we hiked up Quarry Rock, which wasn't too difficult and provided us with some unbelievable views of the area.

Another day another hike with de baps ouh ha x

It's probably one of the most picturesque markets you'll ever visit.

With fabulous bars and restaurants and quite a big market, it makes for a nice few hours out in the city.

There's an Astronomy Festival happening in Galway this weekend