Visitor numbers have gone up by 54 per cent over the past four years.

The Irish whiskey industry is booming at the moment, with it acting as a big pull for visitors coming to the country. Giving people the chance to experience Irish culture at its best, over a million people have visited Irish whiskey distilleries and brand homes in the past year.

The first time the figures have ever exceeded the one million mark. Not bad for a little island, eh?

Released by Drinks Ireland and the Irish Whiskey Association, the statistics show that tourist numbers increased by more than 10 per cent last year bringing the total to 1.02 million.

Unsurprisingly, the majority of tourists come from North America - our top market, with Canada and the US accounting for over 30 per cent of all visits last year. 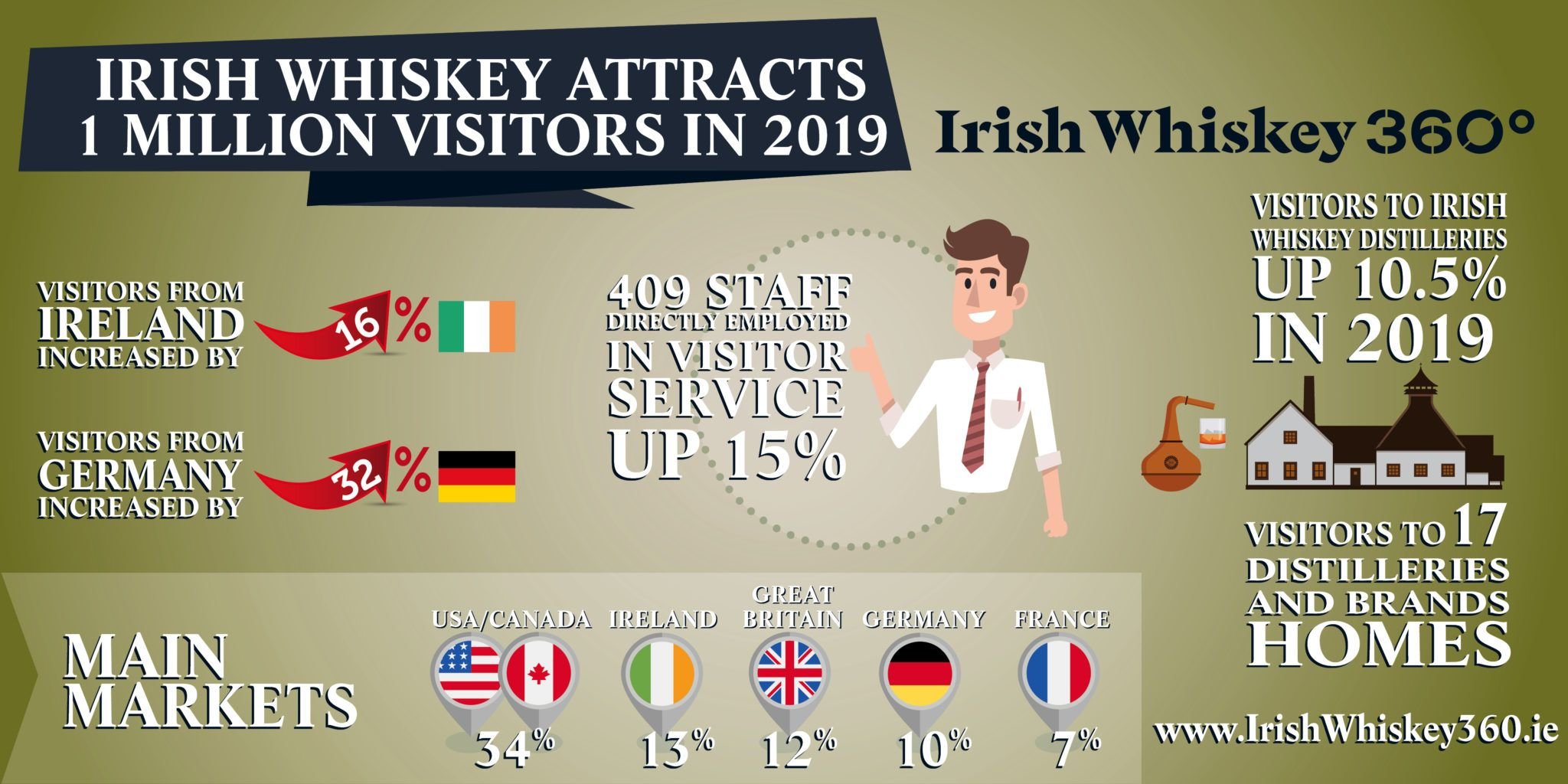 Home visitors came next (accounting for 13 per cent), with tourists from the UK (12 per cent), Germany (10 per cent) and France (seven per cent) completing the top five. Travellers visiting from Australia, Italy and the Benelux and Nordic countries increased as well.

Already boasting a total of 17 visitor centres and brand homes across the country, there are plans in place to open more venues this year – including The Hinch Distillery near Belfast and a new visitor experience at The Shed Distillery in Leitrim.

Though existing visitor centres noted slight growth, the majority of tourist increases were down to the opening of four new visitor centres – the Clonakilty, Powerscourt, Dublin Liberties and Roe & Co distilleries.

The Jameson Distillery on Bow Street remains the number one whiskey visitor attraction in both Ireland and Europe – also voted the world’s leading distillery tour at the World Travel Awards 2019. For the second year running no less.

READ NEXT: There’s an Astronomy Festival happening in Galway this weekend

Status Yellow Fog Warning issued for much of the country

The Burren given the gold on prestigious world travel list