Five-year-old Fionn from Cork hasn't been well as of late.

So, An Garda Siochana decided to reward his bravery.

Last week, Fionn headed along to Garda Headquarters in Dublin with his mam and dad for a special ceremony.

He got to take part in a Garda convoy, visit the beautiful patrol horses and he even receive his very own medal. 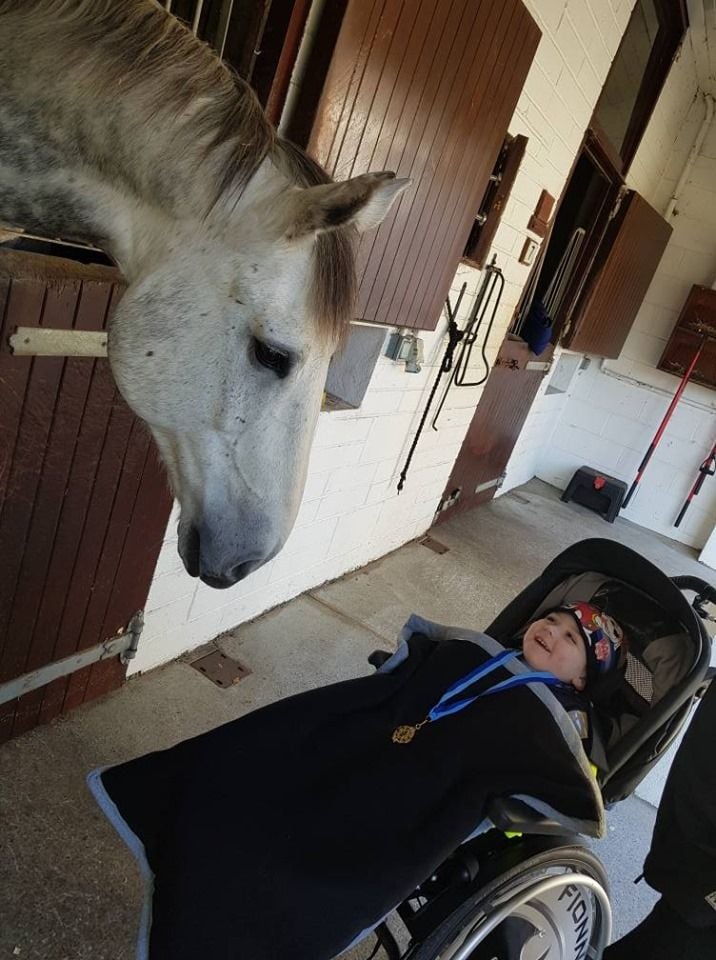 As Fionn was diagnosed with infantile spasms (a rare type of epilepsy) when he was just six months old, he needs a lot of help.

His parents, who care for him full-time, set up a Facebook page called Fight For Fionn, asking people to help.

They write, "Fionn needs a little boys room that is fully accessible and his bathroom also needs to be carefully planned to suit his growing needs, our home must be made accessible also.

"This costs a huge amount of money, between €80-100k we have been told. We were totally dismayed when we found out how much this could cost us and felt it could never be done but the generosity and kindness of our friends, family and neighbours has shown us that where there is a will, there is a way."