There are few things as frustrating as a tricky 'Spot the difference' challenge and those who run social media for An Garda Siochana have truly outdone themselves with this effort.

On Wednesday evening, two seemingly identical images were tweeted out by the official Garda account and their followers were asked to spot the differences.

"Below are two photos of our Tetris Challenge," they tweeted. "Can you spot the eight differences in the pictures?" 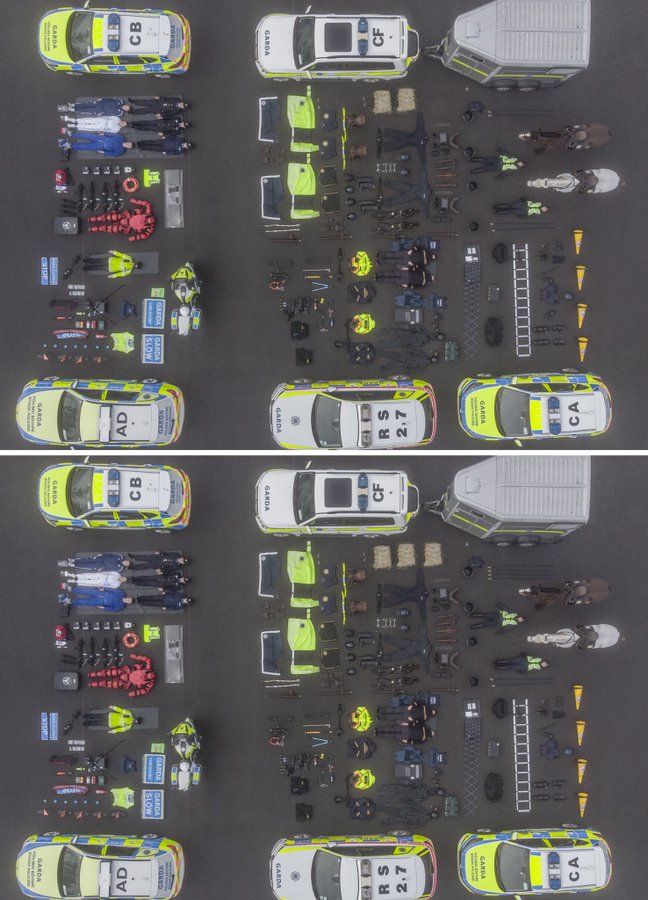 We took the time to examine the image closely but frustration soon set in and for those of you who were unable to spot all eight differences but are determined to keep trying, you will have to wait until later this evening for the answers to be revealed.

We, of course, cheated and went straight to the replies where some of the differences were spotted by followers.

One tweeted: "Bale and 2 leads next to horse box. That's it, my eyes are too old to see the rest."

Another follower responded: "I only found two, but these are fun. Please post more."

How many did you manage to find?

The best hotels for a spa break this year