Brought to you by Game, ‘The Christmas Tinner’ went viral a couple of years ago when it was first released.

Essentially a multi-course Christmas dinner in a tin, the original comprises nine layers of food ranging from egg to meat, carrots and pudding. 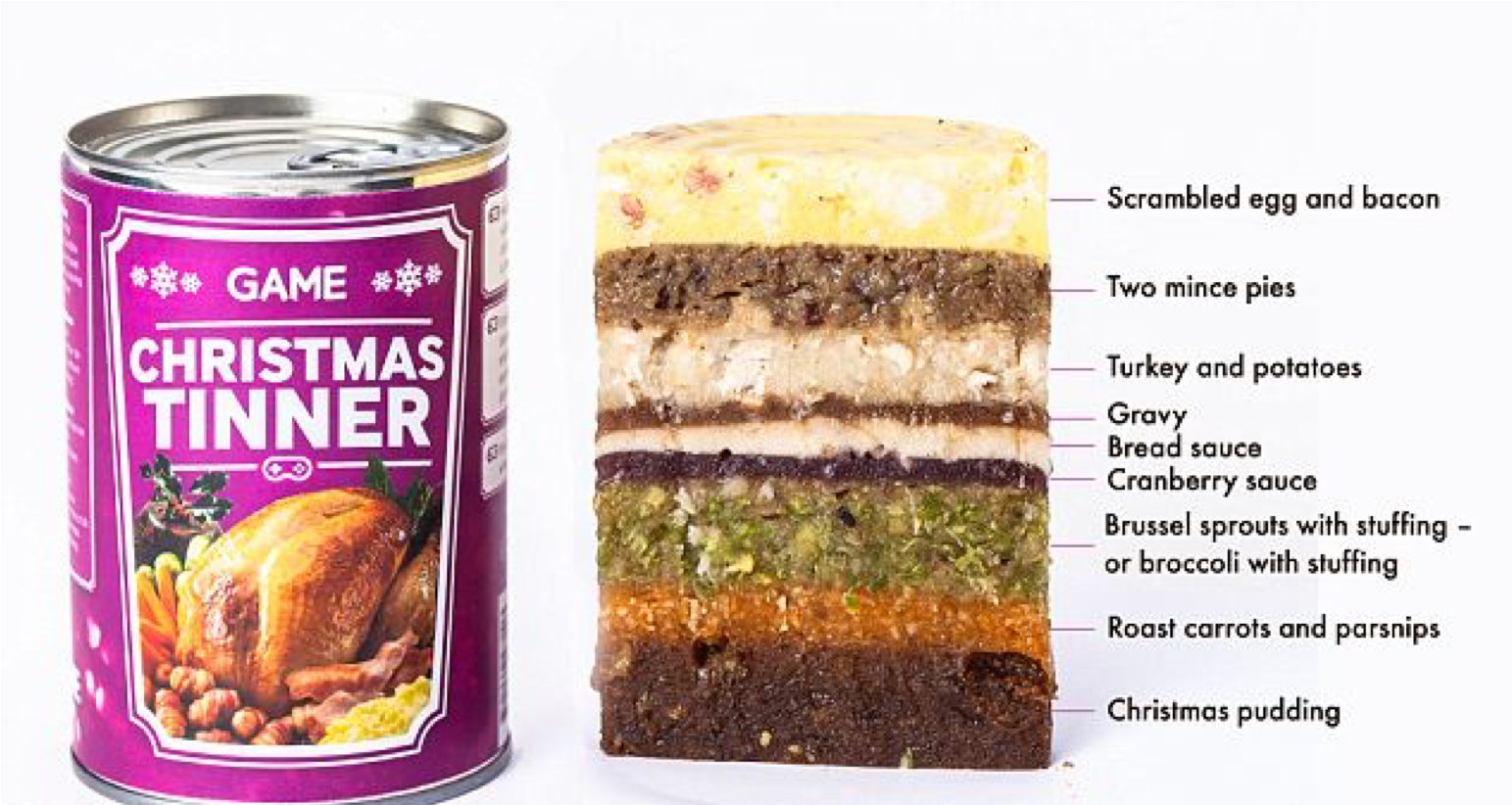 Six years on, and they’ve come out with a veggie version of the festive feast…I use that term very lightly mind.

Claiming that there has been quite a demand for a plant-based alternative, the vegetarian and vegan versions come complete with 12 layers.

Trimmings in the 'Vegetarian Tinner' include gingerbread pancakes, a nut roast, veggie pigs in blankets, a yule log and a Toblerone for dessert.

While the 'Vegan Tinner' is packed full of scrambled tofu, tempeh bacon and a mushroom Wellington, topped off with vegan chocolate cake and custard.

Quite a mix there, not sure I’m convinced it all goes well together.

To be honest, it reminds me of that episode of Friends where Rachel mistakenly adds mincemeat to an English trifle.

Resulting after the fact that gamers admitted they’d rather give up Christmas dinner than have to stop playing, the new versions will retail for €2.32 in Ireland.

You can get your very own 'Christmas Tinner' here if you really want to.

READ NEXT: How to make your own ‘reverse advent calendar’ this Christmas