Warsaw's nightclubs receive plenty of press, but its bustling scene of new, sophisticated cocktail bars has been bubbling up for several years with relatively scant attention.

With so many popular varieties of vodka available, it makes sense that Poland's capital has come to boast an impressive local cocktail culture. With many newcomers catching on to this trend, we felt it was important to produce a list to capture this transitional period in the city's night life. We hope you'll enjoy this range of great cocktail spots!

Bristol Club won’t be to everyone’s liking. As opposed to most other bars on this list, the décor and lighting here are both quite loud (purple couches and bright lights). This bar is located in the heart of the business district and is always going to draw a somewhat yuppie crowd. Its drink selection puts it on this list however – take your pick from an unbeatable range of 150 whiskies or a one of the many extravagant cocktails. Don’t expect a cheap night however.

Better known as a boisterous live music venue serving straight spirits, Chimera is an established player on the Warsaw bar scene. The quality of these spirits make their otherwise somewhat unadventurous cocktails taste amazing (their vodka-orange blends are particularly nice). The design of this venue is a major selling point – old style furniture is set up to create intimate partitioned sections, all housed under an original 14th century cellar ceiling.

Paparazzi is a (very) smoker-friendly bar and as such remains busy right up until closing time generally. This is a noisy enough spot, so don’t head here expecting to have any long, coherent conversations. This is more the kind of place to let loose over some original cocktails to get you in the mood for hitting a club.

Seafood and rum-focused menu. Nice nautical theme with an octopus as its logo. Kraken is the result of an expansion by the owners of the adjoining Beirut bar. These guys know how to throw a part so don’t be surprised if you end up ambling out of here walking like Jack Sparrow and feeling twice as good looking.

This is a relatively new bar which is gathering a lot of hype at the moment. The sister bar of Cuda Na Kiju, a renowned craft beer establishment housed in the former communist party HQ, this one serves cocktails on tap, ensuring a very lively atmosphere. Their cocktail menu isn’t the largest at the moment, but with such momentum behind it, an adventurous expansion seems likely.

A little bit of a journey from the centre of town, but that fact arguably contributes to its lively atmosphere. Very sociable spot. Two floors, one for live music and one taken over by DJs, vast drinks menu means there’s numerous ways to have a great night here.

Specialising in cocktails and sushi, with impressive options of both, Patera definitely has its finger on the pulse and is an exemplary new school Warsaw bar/restaurant.

It's simply impossible to beat the view of the city. Make your way to the top and sip a Cosmopolitan Espuma while breathing it in. As part of the Marriot Hotel slap bang in the middle of the city, this bar is a perfect example of Warsaw’s rising stock on the global stage.

The playful staff make this bar a very fun, casual place to blow off some steam. The elegant wood panel finish around the bar gives it a very welcoming feel. Bar tenders are kind enough to advise you on and create exciting off-menu concoctions. Kita is fast developing a reputation as one of Warsaw’s best: a quality, unpretentious cocktail bar.

Coctail Bar Max holds its place at the head of the table despite some impressive moves from new competitors. Sleek, attractive lighting along the back of the bar. Drinks are more expensive than most other places on this list, but it delivers on pormises of a classy experience.

Like this post? Then you'll love finding out the best places to get great coffee and free Wi-Fi in Warsaw 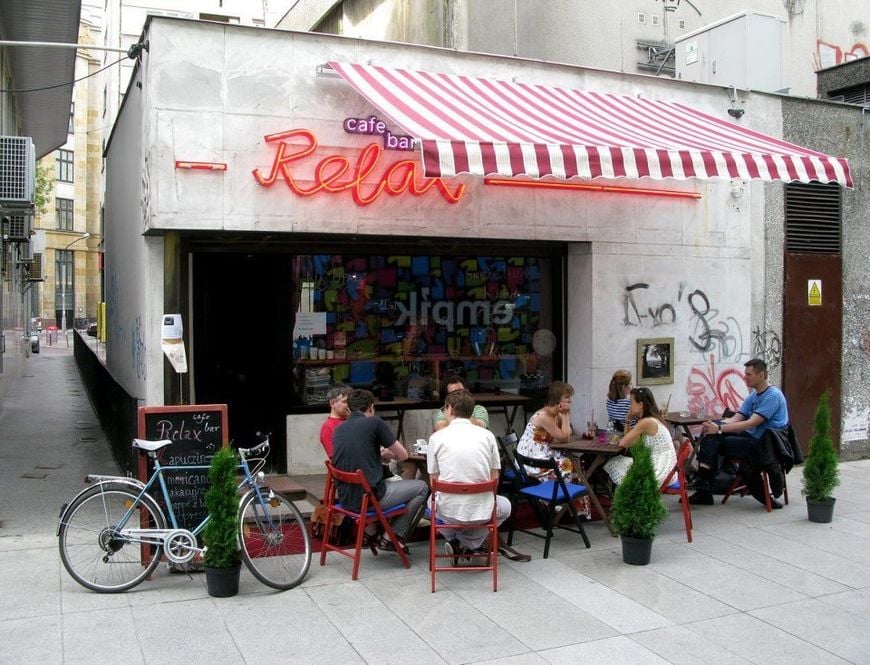 London For The Weekend - How To Enjoy It Like A Local