Jamie Dornan has taken a fondness to his fellow Irishman Paul Mescal, commenting under the actor's most recent Instagram post and calling him a "ride".

Paul Mescal has shot to fame since his appearance in the TV adaptation of Sally Rooney's Normal People. And while the series has no shortage of fans, neither does Paul who can count Jamie Dornan amongst his admirers.

Amassing quite a loyal following of devoted fans, people's love for him has only seemed to have grown since filming ended and it's probably fair to say that the Kildare man is as popular off-screen as he is on it. Inspiring several notable fashion movements since lockdown began, the star is credited with making neck chains and GAA shorts cool again - the latter inspiring a custom-made Gucci pair that will set you back €500.

Sharing a photo from a recent editorial shoot with The Glass Magazine, Paul posted a photo of himself donning a colourful suit to Instagram. Looking very dapper indeed, the photo has over 112k likes and almost 700 comments including one from Jamie Dornan which simply says "RIDE". 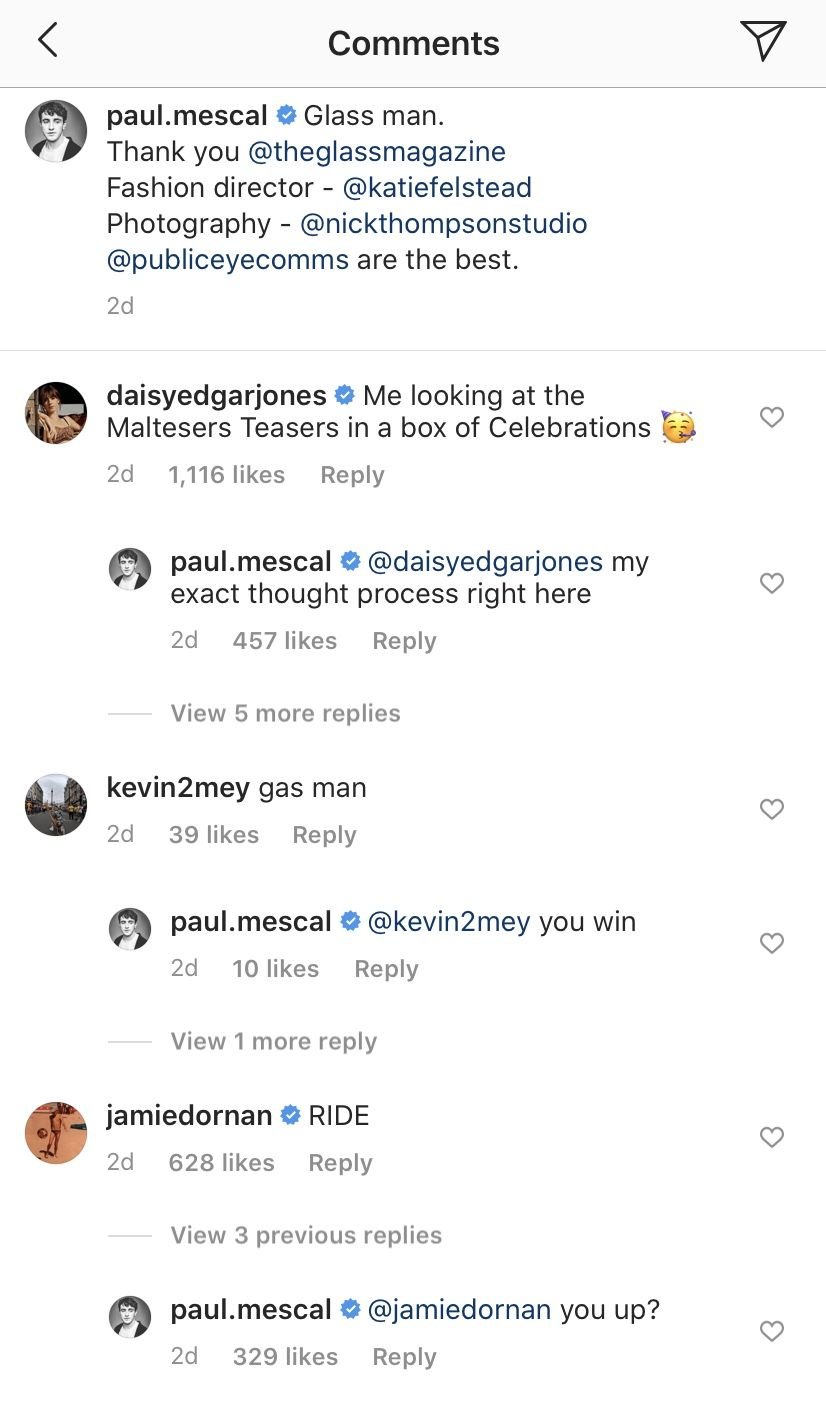 Making sure to use all caps, for emphasis, I don't think Jamie will have many disagreeing with him. Paul's co-star Daisy also left a comment, writing: "Me looking at the Malteasers Teasers in a box of Celebrations".

Both relatable comments... for different reasons of course.