As it turns out, the most romantic Irish people can be found in Athlone, Waterford and Tralee.

Anyone looking for love might want to consider heading to Athlone, Waterford or Tralee as it turns out that Ireland's biggest romantics call those places home.

Interested in finding out where the most romantic Irish men and women live, the Picodi.com analysis team decided to check the statistics of so-called "romantic" queries on the internet.

Comparing search queries from across 22 of the country's largest cities, the research covered topics consisting of terms such as "Valentine's Day", "love confession", "flowers", "love" along with other related terms you'd expect to see in relation to February 14th.

Noting that searches for such terms increase around Valentine's Day, the Google figures show that Ireland's biggest love bugs actually reside in Athlone. Waterford and Tralee came in as second and third on the list while Newbridge and Naas finished out the top five.

The likes of Balbriggan, Limerick Cork and Mullingar fell middle of the road, considered as being lukewarm on the love-o-meter.

And for the least romantic Irish people? Well, they can be found in Swords, Ennis and Bray. So if it's cheese you're after, then best steer clear.

You can see the full ranking of cities: 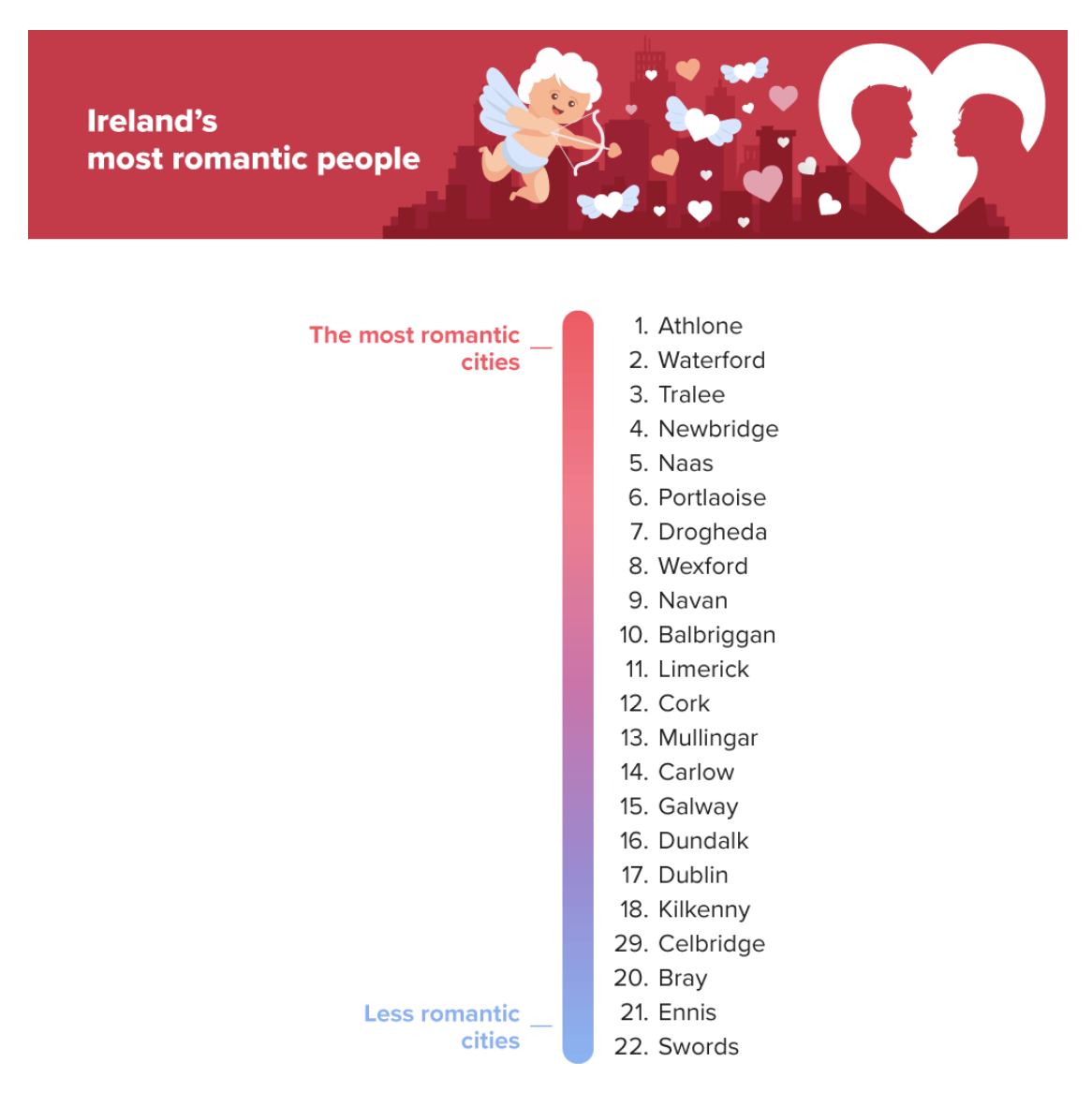 READ NEXT: We visited Ireland’s most haunted castle