Kourtney Kardashian has channeled her inner Alan Partridge by crying out for a second series of hugely popular Irish drama series Normal People.

While Steve Coogan's hapless creation memorably pleaded with a TV exec for a second series of his chat show, Kourtney Kardashian is using her considerable profile to ensure fans get to see more of Connell and Marianne.

The reality star has shared an Instagram story with her mammoth following of 92 million which shows her watching an episode of the show along with the words 'need a series two of Normal People' as well as the 'mind-blown' and 'heartbreak' emojis. 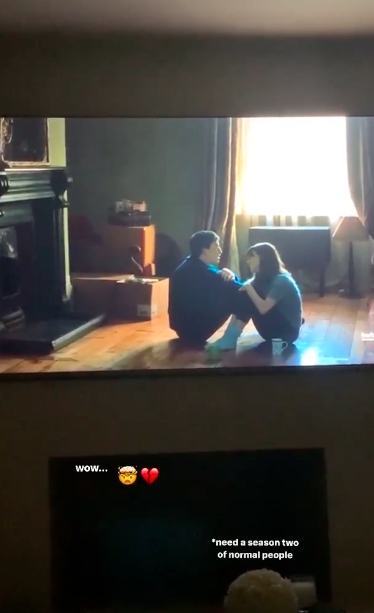 She followed this up with a similar plea on Twitter which has been acknowledged by the team behind Normal People...

Thank you for the love! 😍❤️

Normal People is based on the novel of the same name by Sally Rooney so if there is to be a second series, Kourtney should probably get in touch with the author.

She's not the only one to call for it though so who knows what the future holds. You can catch the latest episodes of Normal People tomorrow night on RTE One from 1.15pm.

Your Champions League TV guide for Tuesday and Wednesday

These are the six best movies on TV this evening

WATCH: The first look at The Conjuring 3 has arrived