Hands up if you're guilty of following influencers mainly because of how cute their dogs are...

Ok maybe it's not the only reason but jaysus they are cute - the dogs, obvs.

While my pup is at home in Wicklow with my parents I like to live vicariously through the influencers who have dogs. I think that's probably the best thing about being an influencer, you actually have time to take care of a fury friend and you don't have to leave them at home alone form 9-5 daily.

Here are the top 10 doggos that are too adorable not to follow:

Cooper Cooney has appeared on the cover of a magazine because he's so cute. The long-haired dachshund can often be seen in Louise's Instagram posts and stories.

So beyond excited and honoured to be @stellarmagazine February cover girl, with my gorgeous little sidekick Cooper 🐶💕 As someone who has been obsessed with magazines my whole life, and has bought Stellar for years (and KISS before that) - it is very surreal! Definitely one for the mantelpiece 😂 It’s out in shops tomorrow, pick it up to read my interview and to see the rest of the photos/outfits! Huge thank you to @vickinotaro for the lovely feature, @aideenfeely for styling, @jake_ryan_hair in @preenhairandbeautydublin for hair and @kirstiemurphy_ in @ctilburymakeup for make up and the one and only @evndoherty for the photos 💖 #stellarmagazine #februaryissue

Willy is an adventurous spirit who loves joining Roz on her many scenic hikes around the country.

Weekend plans: baking, chocolate, country air and dogs all in the tropics of Tipp 🌼🌼🌼

Remi is a rescue dog and literally a little princess. She can be found snuggling under mounds of cosy blankets and wearing some iconic jackets.

Eleven or El for short is one of the most photogenic dogs around, probably because she spends a lot of her time in Evan's photo studio.

Also a rescue, Stanley is one of the most precious and loving dogs ever.

He is always curled up on Sarah's lap looking for affection which makes me love him so much more.

Look at those ears.

Can I crown myself winner of the cutest valentine’s date award? 🐶😍. || I’m not a big Valentine’s Day gal as I think romance should be a potential for every damn day of the year but, with my next hospital appointment on Friday (it’s hard to believe it was 3 months since this all started, no? 📆) I thought I’d try and make tomorrow extra-nice nice for myself 💭. I’m gonna spend some time doing one of my fave charity shopping routes with my bestie during the day then, Sean is making dinner tomorrow evening (which will be delicious, no doubt🍴). I’m hoping that keeping busy will serve as a distraction from the following day’s schedule but also know that I need to be prepared for whatever may come ❤️. If you’re in Dublin tomorrow and, up for doing something yourself, don’t forget that I have a full list of the best Valentines events for couples and for friends on my Patreon 🙌🏻 also, my events post (linked in my bio) shares 4 great things happening around the city tomorrow too. I really hope you enjoy whatever you get up to 💋xx

There's an entire highlight dedicated to Pippa on Kelly's Instagram and I won't lie, I have watched it more times than I can count.

She has the eyelashes I could only dream of having.

Bear reminds me of an Ewok in the best way possible, his little face and ears are unbearably cute.

I've slid into Caroline's DM's far too many times telling her how obsessed with him I am.

These two will melt your heart.

Read the caption below to find out why:

When we went to the rescue centre in North Dublin all of the dogs rushed to the edge of the cage woofing and whining, all I could think was I want to take them all home 💔 . But Brian saw this tiny scutty dog sitting at the very bag of the cage shaking, he asked could we see her? And that was how Poppy came home with us 💗 Well after the nice lady from Dog’s Aid came around to inspect our house at 8am on a Saturday morning, she rang half an hour before and I have never cleaned the house so fast! She was so lonely and essentially just checked that the garden (euphemism for our tiny yard!) was safe. . We always knew we wanted two, but planned to adopt them a little apart. When we went back to get Poppy’s stitches out they asked would we like another? We said no not yet, but they said Poppy’s brother Ru was being badly bullied by other dogs so they had to segregate him alone and even if we took him for a few weeks to give him a break? Out came this tiny scared pup, his ears were so flat against his head it took until the next day that to realise they actually went up. . It’s five years since we adopted these two, I never really understood the difference between buying a dog and adopting one but when we went to the dog shelter I truly got it. Hundreds of gorgeous dogs (and cats and other lovely animals) were abandoned because they were just not convenient, or maybe not as cute as they once were or simply unloved. I thought I wanted a cute dog, I ended up with two scruffy mutts who are so full of personality I couldn’t love them more. . Here’s to scruffy underdogs 🥂

Am I an influencer? Definitely not.

Did I write this entire article to put my own dog at number 1? Absolutely.

Do I regret this decision? Not in the slightest.

Am I about to share a million photos of my own dog on a Lovin article? Yep!

Last month my family and I lost our doggo Sonas, heartbroken was not the word. Mam and Dad have been lost without a beach partner and someone to wake them up barking in the morning 💔. . Yesterday mam brought me to meet the newest member of the family, Rua. He is going to have big paws to fill but he's already won me over with that little face 😭🐾. . He's too young to come home yet but we'll be introducing him to our fam in a few weeks ❤️ My heart cannot cope. . #babyrua #cavalierkingcharlesspaniel #newpuppy #babyfitzmaurice #inlove 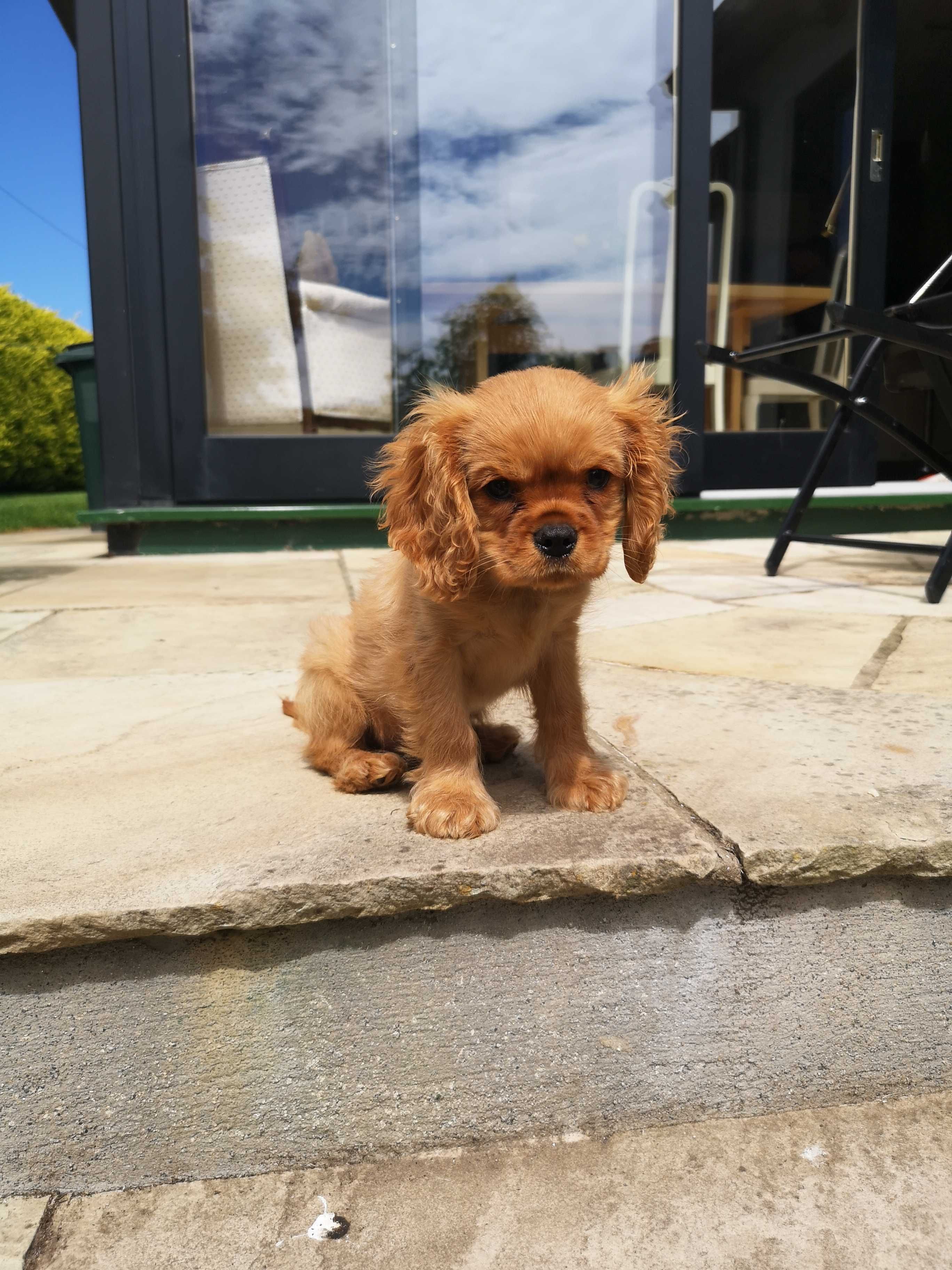 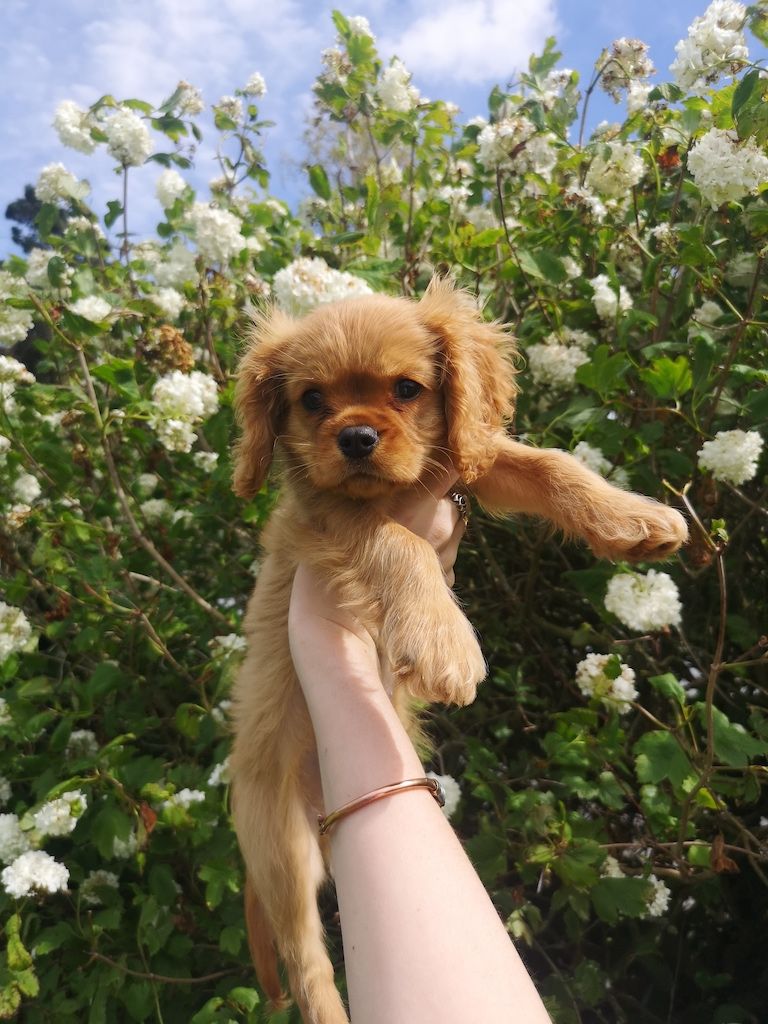 Who's your favourite influencer dog?

Irish made: These pinatas will add a super fun element to your next party