Emergency services have been called to tackle a large gorse fire in Donegal this morning.

According to Donegal Daily the fire broke out at 11am in Rann na Fast, in a location near to outbuildings and a house.

Gardai and Fire services are both reportedly at the scene attempting to tackle the blaze.

Images showing the scale of the fire are circulating on social media; 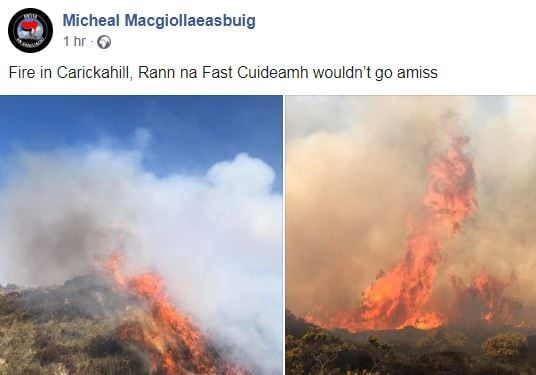 Meanwhile in the capital, Dublin Fire Brigade have issued a red fire warning in effect for vegetation fires.

Another lovely day but please park responsibly if you're exercising

The fire service called on the public to be mindful of where they park when going for exercise so as not to delay firefighters in attending to gorse fires.