Yesterday, thousands of Irish people took part in a demonstration in Dublin to protest the killing of George Floyd and to support the Black Lives Matter movement.

The protest began on O'Connell Street and made its way towards the US embassy, with participants chanting "Black Lives Matter" along the way.

Other than attending demonstrations, here are some other ways people in Ireland have been showing their support for the Black Lives Matter movement:

Charities and causes you can donate money to:

Yesterday, George Floyd's autopsy report confirmed that he died from asphyxiation. A GoFundMe page has been set up which allows you to support his family directly. 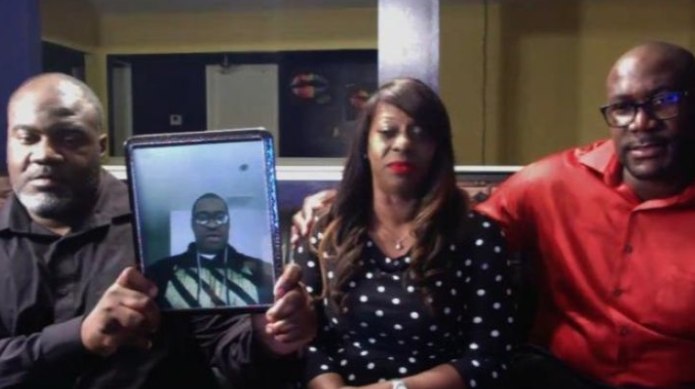 Black Lives Matter was founded in 2013 after the acquittal of Trayvon Martin’s killer. Set up with the goal to "eradicate white supremacy and build local power to intervene in violence inflicted on Black communities by the state and vigilantes", you can donate through their website.

The Minnesota Freedom Fund pays bail for people who can't afford it. According to the charity, people of colour in the US face higher rates of arrest compared to white citizens. The charity recognises cash bail as "unjust" and identifies "wealth-based discrimination as a vehicle for the criminal justice system to target populations for structural violence."

Black Visions Collective "has been putting into practice the lessons learned from organizations before us in order to shape a political home for Black people across Minnesota." To find out more and to donate, you can find their website here.

Started in 2018, Reclaim The Block "organizes Minneapolis community and city council members to move money from the police department into other areas of the city’s budget that truly promote community health and safety."

You've probably noticed a number of petitions making the rounds on social media since the death of George Floyd. And they take a matter of seconds to click into and sign.

"We are trying to reach the attention of Mayor Jacob Frey and DA Mike Freeman to beg to have the officers involved in this disgusting situation fired and for charges to be filed immediately." You can sign here.

The NAACP has launched a petition calling for the arrest of the three other officers who were present when Chauvin kneeled on Mr Floyd’s neck. You can sign it here.

This petition also calls for the arrest of the other three officers who were present when Floyd was killed. You can sign here.

This petition is also calling for the other three officers present to be arrested and charged with second-degree murder. Find it here.

How to combat racism in Ireland:

The Black Lives Matter movement and everything happening in the US has raised much discussion about racism in Ireland. The Irish Network Against Racism (INAR) is a member organisation "combating racism and all related forms of discrimination in every sphere of life in Ireland."

The organisation has a whole list of handy resources helping you to report racism when you see it. You can download the iReport.ie app onto your smartphone to make it easier to report racist incidents when you witness them.

READ NEXT: Amy Huberman launches a range of t-shirts and jumpers for a brilliant cause