This has positive implications for anyone travelling from Ireland to other EU countries.

The European Centre for Disease Prevention and Control released their updated COVID-19 figures today (Thursday, November 19), and they revealed that Ireland is one of only four EU countries that have been designated Orange in the traffic light travel system.

Under the new traffic light system, all regions are designated green if they have a 14-day rate below 25 and a positivity rate below 4%.

All other regions are designated red, except for Northern Ireland, Scotland, and Wales, which are not testing enough to be included.

At the time of writing, Ireland's positivity rate was 3.8%, meaning that it would be designated Orange, along with Iceland, Finland, and Norway.

This could have positive implications for anyone travelling from Ireland to other EU countries, although every country has been asked to set in place their own set of restrictions for passengers arriving from Orange designated countries. 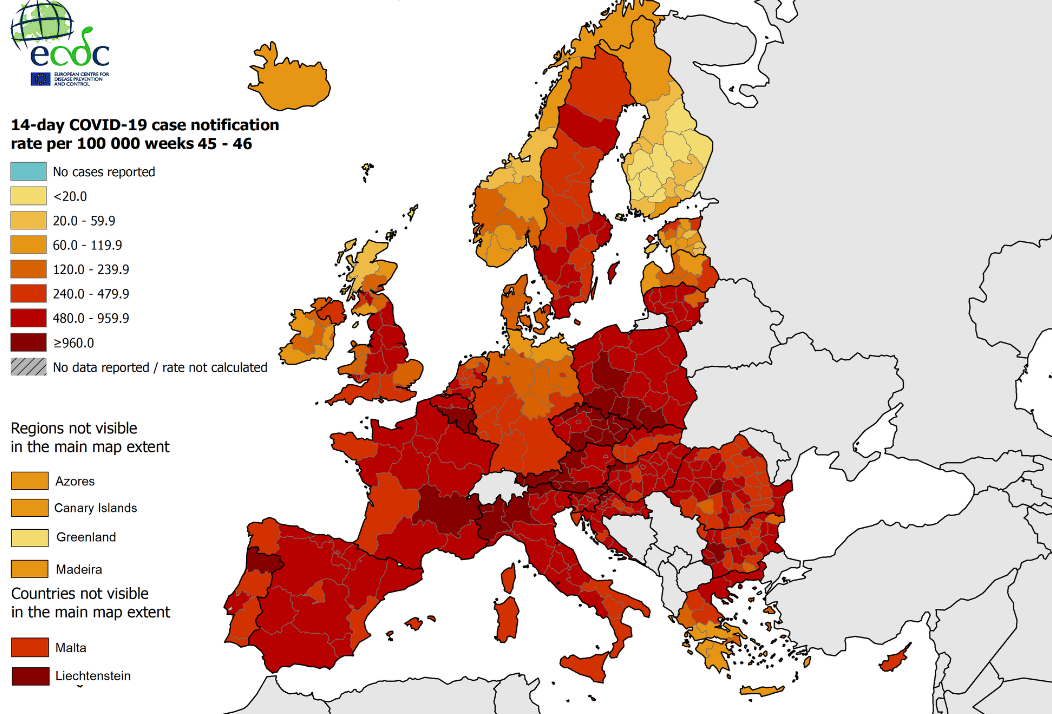 READ NEXT: 10 minutes of gameplay from the most anticipated game of 2020

Aer Lingus drop one of our favourite freebies from their flights