Leo Varadkar has shared some letters that have been sent to him by young children in recent weeks.

On Thursday evening, Leo Varadkar took to his Instagram stories to reveal how he was looking forward to "catching up on my correspondence" by looking through the letters sent to him by the kids of Ireland.

Children have probably seen more of Varadkar in recent weeks than they have in his previous three years as Taoiseach because viewing figures on his national addresses have never been higher due to the public's desire for updates on the Covid-19 pandemic.

The first letter he opened was from a Tipperary girl called Mia, who wanted to reassure Varadkar that he was doing "a super duper job as Taoiseach". 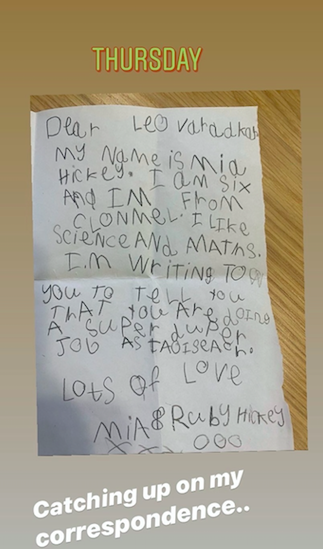 The next was addressed to Varadkar, Dr. Tony Holohan and Minister for Health, Simon Harris, and came from 10-year-old Robyn, who wanted to let them know how much she was missing her reading school. 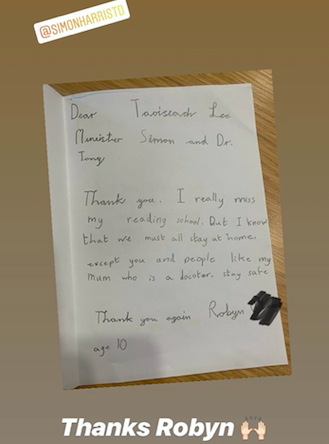 Julie from Shanahoe in Laois used one of the free postcards given out by An Post to commend Varadkar on his St. Patrick's Day speech and thank him 'for minding us all and keeping us safe.' 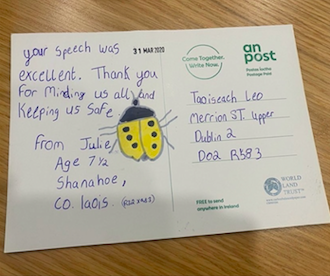 The next postcard featured a very kind offer from six-year-old Cork boy Jack Ryan, who told An Taoiseach to 'let me know if you need help.' 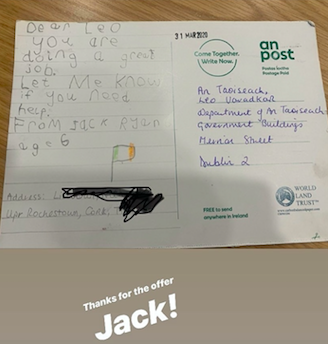 A portrait of Varadkar accompanied another letter, which recognised him as someone who was making a difference in the world. 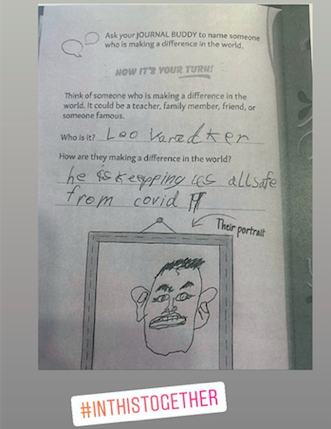 The final postcard came from a fifth class student from Laois, who let Varadkar know that he deserves a nice holiday when the Covid-19 crisis eventually comes to an end. 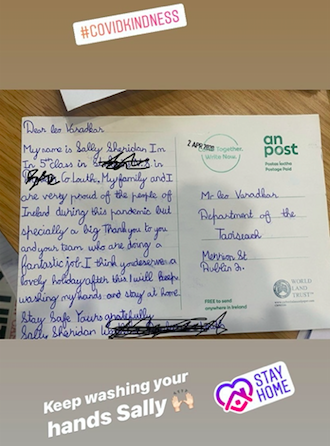 Cork Jazz Festival will not go ahead this year

Foreign travel restrictions unlikely to be lifted next week