Irish Water have urged the public not to pour fats, oils and greases down the drain this Christmas.

A recent survey found that 58 per cent of the public do pour the liquid residue from the Christmas dinner down the sink when cleaning up.

A campaign has been launched this Christmas, however, which warns against doing just that as it can lead to significant blockages and environmental issues.

When pouring fat, oil or grease down the drain, it can seem like it's just liquid that will run through the system in the same way that water does but, apparently, when the liquid cools along pipes, it can result in serious blockages.

The Think Before You Pour campaign, which is run by Clean Coasts in partnership with Irish Water, is aimed at raising awareness of the issues caused by the pouring of cooking residue down the sink. 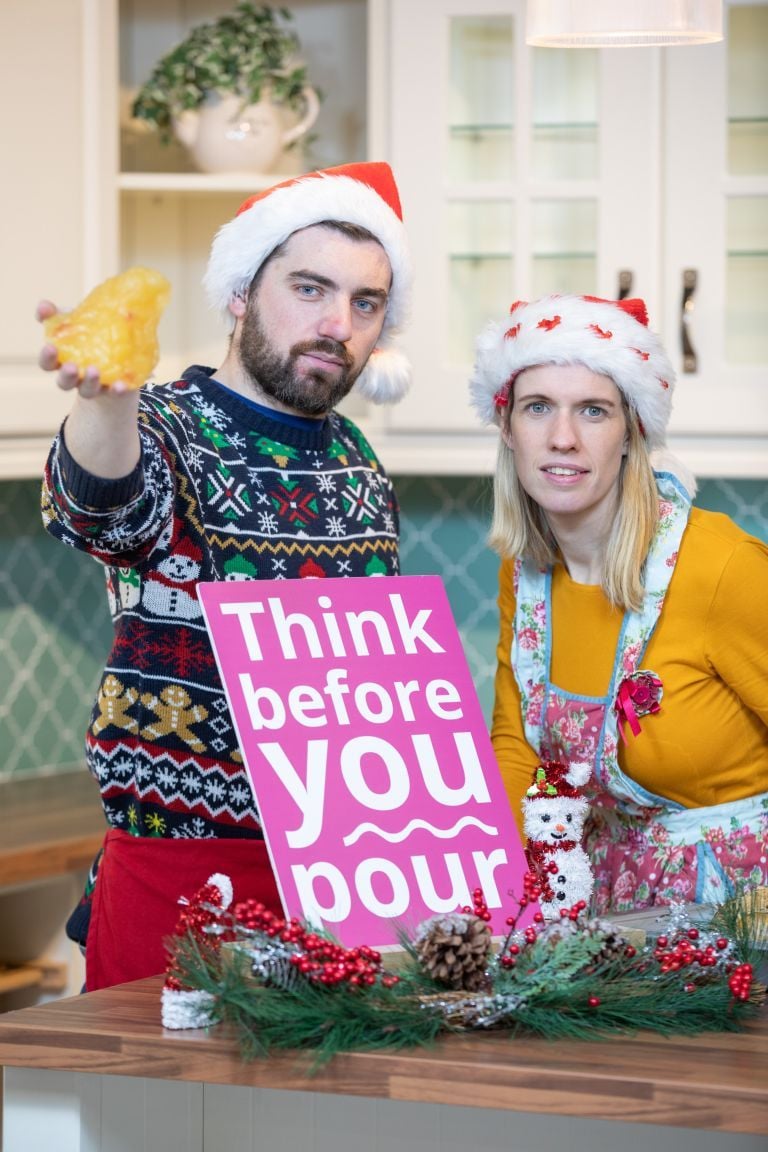 It has been suggested that the public should avail of a container, which can be used to store fats, oils and greases until they harden at which point they can be disposed of in a bin.

Complimentary gunkpots are being given away by Irish Water to the first 500 people to apply for a container.

Speaking about the Think Before You Pour campaign Tom Cuddy of Irish Water said: "We have cleared almost 8,000 reported sewer blockages already this year caused by FOGs being poured down the kitchen sink combined with inappropriate items such as baby wipes being flushed down the toilet. Thousands of other blockages were removed in the course of planned works on the network. This demonstrates the size and scale of the challenge we face to keep the sewer network blockage free.”

"Our message is simple. This Christmas we want to remind the public not to use their kitchen sink as a bin. ‘Think before you pour’ and use a GunkPot or a similar container to collect FOGs and help to prevent pipe blockages and protect the marine environment."

More information about the campaign can be found here.