Tissues at the ready because this is an emotional story that culminates in an Irish mum's road to recovery being celebrated by none other than Harry Kane.

Harry Kane is one of the world's most talented goalscorers and is the captain of his club, Tottenham Hotspur, and he was delighted to learn that Irish woman, Helen Campion, had travelled over to the Tottenham Hotspur Stadium last week with a clean bill of health.

Helen, a die-hard Spurs supporter from Laois, was diagnosed with breast cancer earlier this year and missed out on the opportunity to go to Madrid to watch the Champions League final with her son, Danny, whose beloved Liverpool ended up beating Spurs on the night.

Helen's radiation treatment denied her the ability to fly to Spain to watch her team compete in the biggest game in club football.

But having since beaten her cancer, Helen got the chance to see Spurs in European acton last week as she was surprised with tickets to watch new manager Jose Mourinho mastermind a 4-2 victory over Olymiakos.

The footage of Helen taking in the deafening stadium has since gone viral and was picked up on by Kane, who sent the below tweet.

Amazing to hear she beat cancer and could tick this one off her bucket list. Pleased we could eventually put on a show for her as well! #COYS https://t.co/sZp1VuQu4u

Helen had flown over to surprise her son, Danny, who was due to play a football match but the game was cancelled due to a water-logged pitch.

Danny told Lovin.ie: "I texted my mam to let her know my disappointment and the next thing my phone rang and she told me she was about to board the plane. I was so bitterly disappointed because that was the second time she was flying over for a game of mine only for it to be cancelled due to weather.

"So I texted my best mate, Anto, to let him know because he was also going to come to my match. 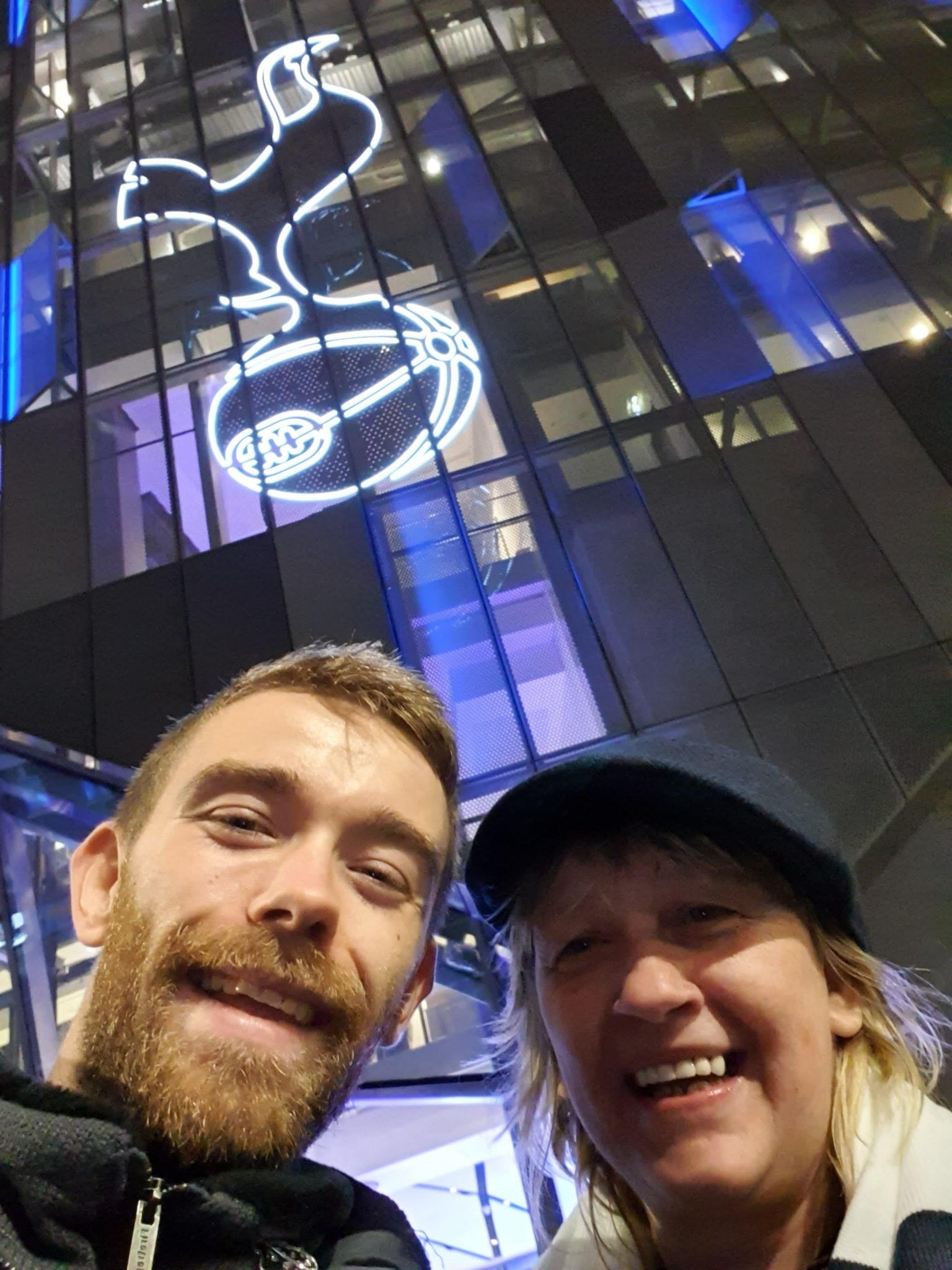 "I told him that my mam was coming over and about a minute later, he rang me and asked if I wanted tickets to go to the Spurs game that night.

"Without hesitation, I said yes. It didn't matter how much they were going to cost.

"I met my mam after work and asked her if she wanted to watch the Spurs game in the pub. She said that sounded good and that's when I whacked out the two tickets and threw her a Spurs jersey and said 'or we could just go to the game instead.' 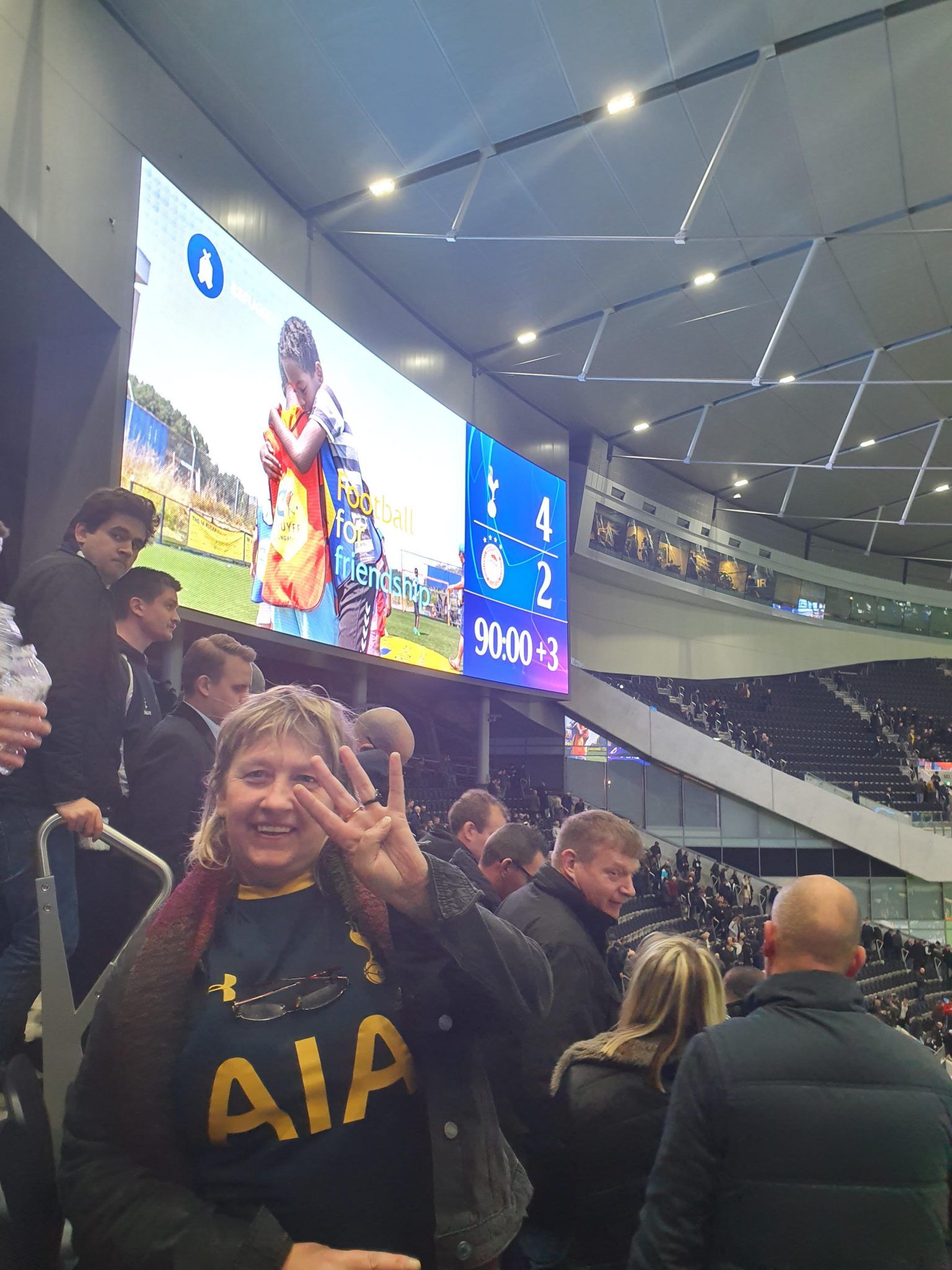 "She could barely hold back the tears - it was pure shock - and her smile was the biggest I'd ever seen.

"We headed off for the game and she couldn't contain her excitement. Honestly, it was like a five-year-old on her way to Disneyland. When we got there, she was in complete awe of the stadium and how beautiful it was.

"I recorded her walking out because I know how I felt my first time walking out to Liverpool's stadium, Anfield. But I knew this was going to be much more special.

"50 years of passion, disappointment, pride and emotion all bottled up for my mam until that moment.

"I put the video up on social media and I never thought in a million years that it would go as far as it did."