Fancy a trip away this winter?

Cork Airport has unveiled its 2019/20 winter schedule, which will include five new winter routes from the Rebel County in the coming months.

Beginning on October 31, passengers will be able to fly from Cork to Katowice, Poland on Ryanair's new twice-weekly service while four popular summer routes have also been extended into the winter months.

The Cork routes to Alicante, Budapest, Malta and Poznan are now available year-round according to the new schedule.

Passenger numbers from Cork Airport are expected to rise by five per cent over the winter season, following what was the busiest weekend for the airport this year with approximately 45,000 passengers passing through Cork Airport throughout the October Bank Holiday weekend. 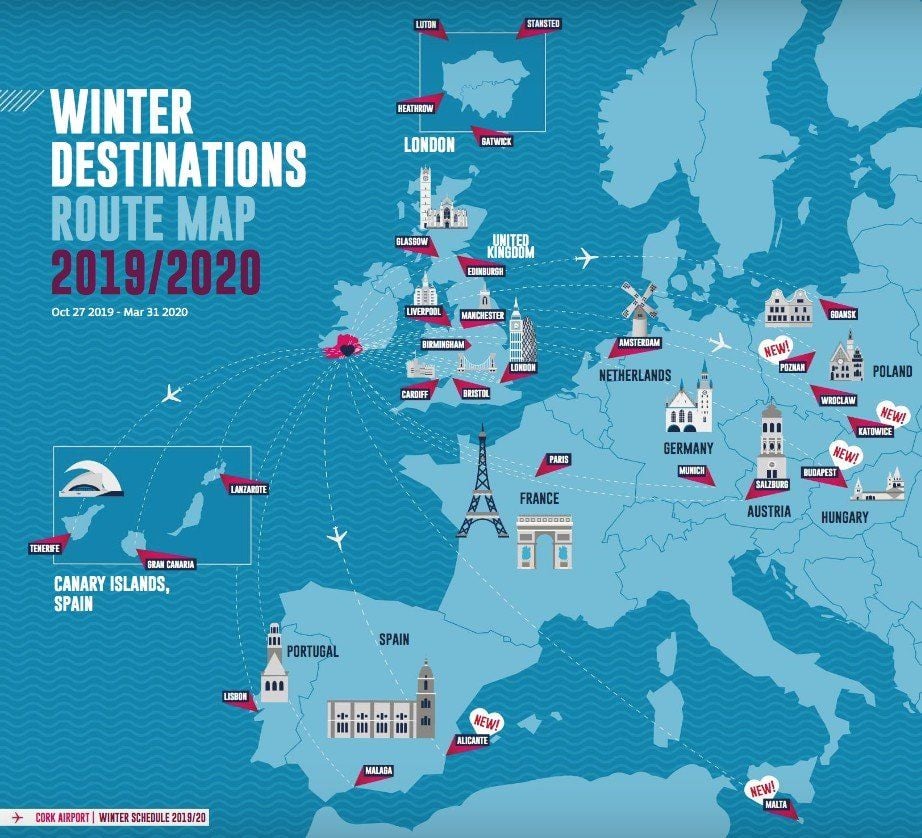 "With over 50 routes on offer from Cork Airport this year, passengers have even greater choice when it comes to travel, with airlines also serving key European hub airports that connect passengers to even further destinations around the globe."

The Burren given the gold on prestigious world travel list