Meath will soon be sprinkled with some Hollywood gold dust as Matt Damon and Ben Affleck roll into the county to film their upcoming movie The Last Duel.

As reported earlier in the week, scenes for a new movie starring Matt Damon and Ben Affleck will be filmed in Co. Meath, specifically at Bective Bridge between March 23 and 30. We now know that filming will also take place in Dublin, Wicklow, Meath and Tipperary as these counties are listed as locations in a casting call looking for extras for Ridley Scott-directed flick.

The Last Duel is the name of the film and a new Facebook page called 'The Last Duel Film Extras Open Casting' has appeared which says 'we will be looking to directly employ LOTS of Film Extras for huge crowd scenes in the coming months.' 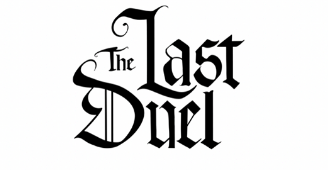 It goes on to say what kind of characteristics are required but before you read on, the ad is careful to state: 'Remember, THIS IS NOT A DEFINITIVE LIST OF APPEARANCES, SKILLS OR HAIRSTYLES, we wish to see all types!'

If it's in all caps, it has to be true. With that in mind, if any of the below applies to you, you should probably think about heading along:

The ad goes on to say, in all caps again, the following: 'QUIRKY, UNUSUAL, WEIRD & WONDERFUL LOOKS OR SKILLS…STAND OUT FROM THE CROWD? EVEN IF YOU THINK YOU DON’T, WE WOULD LOVE TO SEE YOU THERE ANYWAY!!!'

So by the sounds of it, literally anyone can turn up on the day and be picked to star alongside two of the biggest names in Hollywood. All you have to do is turn up at Dublin's Liberty Hall on Friday, 21 February between 10am and 6pm and you could be in with a shot.

More information about The Last Duel casting call can be found here.