Every year, a certain toy grips the nation and makes parents sweat. The 'must-have' toy they call it – remember the Frozen epidemic a few Christmases ago?

But the thing is, these toys are hyped up so much at the time that we don't realise that they're actually a bit shite.

Trendy marketing campaigns and word-of-mouth made them seem so much cooler – and we were totally oblivious.

Here's a selection of some of the most ridiculous.

We still stand our ground and agree these should've been made illegal.

Ideal for parents who didn't want to commit to having a proper pet, annoying for everyone who came in contact with them.

Why were they a thing?

A toy that falls apart, only to be put back together again. We were conned.

Those super gross weird alien baby things that had delusions of gestation, yet rarely produced offspring.

(But you told everyone that yours had a kid.)

There were even world championships. What on earth was the 90s?!

Arguably the most losable toy pieces known to man.

Actually a solid investment for your child – cheap, cheerful and it taught them the art of trade and barter.

Only thing was, they were banned from all schoolyards and they got bloody ruined in washing machines. 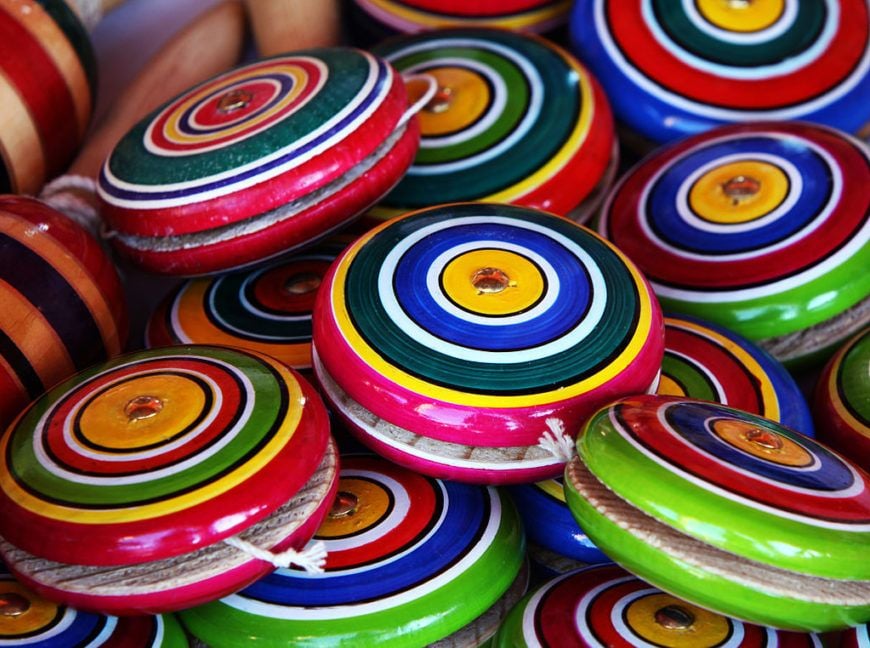 A weird time for children's toys.

The quickest way to ensure that you will fuck up your hair and have a sizeable bald patch for the rest of your days.

The slightly more worldly Barbie who took no shit from no-one.

They broke the shit out of each other every time.

An intense lesson in concentration, punishing kids for not paying attention... and punishing adults for having ears.

The iPod before iPods.

... which only had one earphone and each song lasted 60 seconds.

An attempt to modernise the skipping rope.

Talk about a recipe for disaster.

Ahhhh, those were the days.

READ NEXT: The Latest Hack For Removing Blackheads Is SO Weird Yet Oh-So Genius