The Last Dance is just the latest Netflix show to keep millions occupied throughout the lockdown and if you haven't gotten stuck in yet, what are you waiting for?

The title might make it sound like the streaming service's latest rom-com effort but The Last Dance actually refers to the perceived final act of the Chicago Bulls golden era of the 1990s. Even if you don't even know what a basketball looks like, anyone who lived through the 1990s will be more than familiar with the cultural phenomenon that was the Bulls. Everywhere you looked, Michael Jordan's image wasn't far away, appearing on runners, baseball caps and tracksuits all over the world and The Last Dance is a joyous trip back to the last decade of the 20th century.

The nostalgia aspect is just one of the reasons why 10-part series The Last Dance should be viewed by everyone and here are a few more...

The suits worn in The Last Dance are phenomenal

Any tailor who manages to make oversized suits for lads who are generally about seven foot tall is surely deserving of some kind of praise... 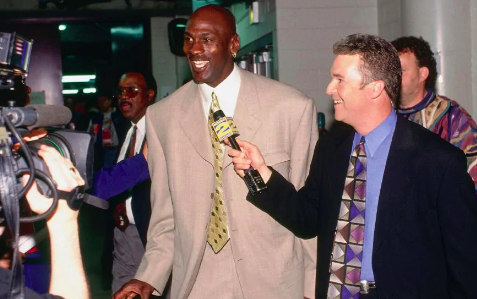 The Last Dance soundtrack contains plenty of 1990s nostalgia with the likes of Outkast, LL Cool J and Notorious BIG all featuring. It's Sirius by The Alan Parsons Project (Chicago Bulls entrance music) that will have you running through walls though...

As deep as the Pacific Ocean. In fact, just stick The Last Dance on as you're going to bed and let Pip soothe you to sleep. 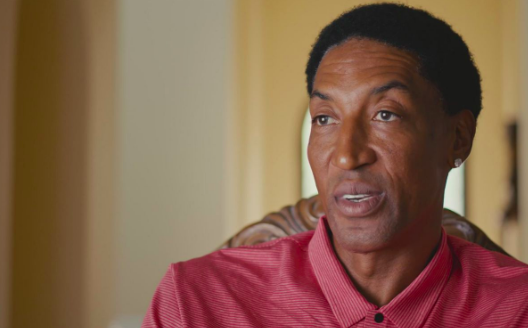 Known to many as a grumpy Big Brother contestant and a good pal of Kim Jong Un. But before all that, Rodman was an integral part of the Chicago Bulls machine and he just happened to the bend the rules every now and again. He's one of the reasons you won't be able to resist sticking on a new episode. They're all there. Carmen Electra, who was in a relationship with Rodman, tells one hilarious story about hiding from Jordan in a hotel room. Jerry Seinfeld, Jack Nicholson, Bette Midler, Billy Murray, Danny DeVito and even Barack Obama are among others seen watching the drama unfold at one point or another. 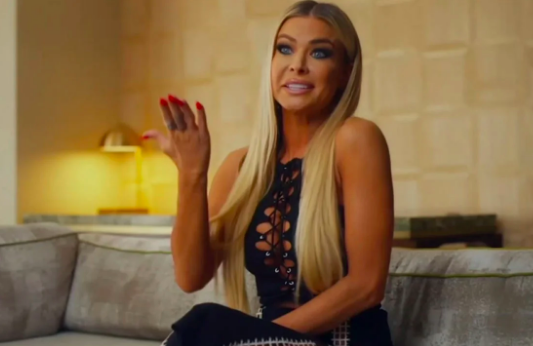 Given the amount of alpha males, it's no surprise that the main characters rub each other up the wrong way from time to time. There's in-fighting amongst the Bulls, heated rivalries with the Detroit Pistons and New York Knicks, and even the release of a book featuring sensitive information from the Bulls locker room. Did the organisation have a mole? You'll have to tune in to find out.

Some of the most compelling parts are when Jordan is shown footage of his peers telling their side of certain stories. He mostly retorts by saying it's all bullsh*t.

Viewers learn inside secrets about how Michael Jordan became arguably the most marketable athlete of all-time. We also get to see how being the most famous man on earth took its toll on his mental health.

Little Richard as “Genie” in a 1991 commercial for the Air Jordan 6. RIP to a one-of-a-kind legend 🙏 pic.twitter.com/HdRjffnKAL

Comparisons to other sports

If you know nothing about NBA, you'll find yourself making comparisons to other sports. Michael Jordan has been said to have a personality that blends Roy Keane's winning mentality with Cristiano Ronaldo's dedication to the cause. The rough-and-tumble antics of the Detroit Pistons could be compared to Wimbledon's Crazy Gang or the hard-as-nails Leeds United side of the 1970s. And coach Phil Jackson's softly-softly approach to Rodman's antics is akin to how Sir Alex Ferguson handled his own Manchester United maverick Eric Cantona.

Seriously, how does the most successful athlete in the world get away with puffing so many cigars at the height of his career? Mind-boggling.

Check out the trailer for The Last Dance below...

Hotel Doolin 'heartbroken' to have to end meal delivery service

WATCH: Claire Bryne wedding segment sparks debate on the use of bridal masks