We've curated Ireland's best walks, the most stunning lakes, the natural wonders you need to visit before you die... and many more.

But a Twitter thread going viral this morning has brought to our attention that we have never curated Ireland's most picturesque GAA pitches... and it's high time that was rectified.

Broadcaster and author Liam Farrell took to Twitter to share a photo of what he described as 'the most perfectly placed' GAA pitch, in Killybegs, Donegal, and kicked off a cracker of a debate.

The most perfectly placed GAA pitch in Ireland; Killybegs, Donegal.

The Towney pitch, just a kilometre outside the village of Kilcar up the road from Killybegs was thrown in the mix - and we agree it's a contender: The pitch at Inishturk boasts a rustic beauty was submitted by photographer Paul Carroll: 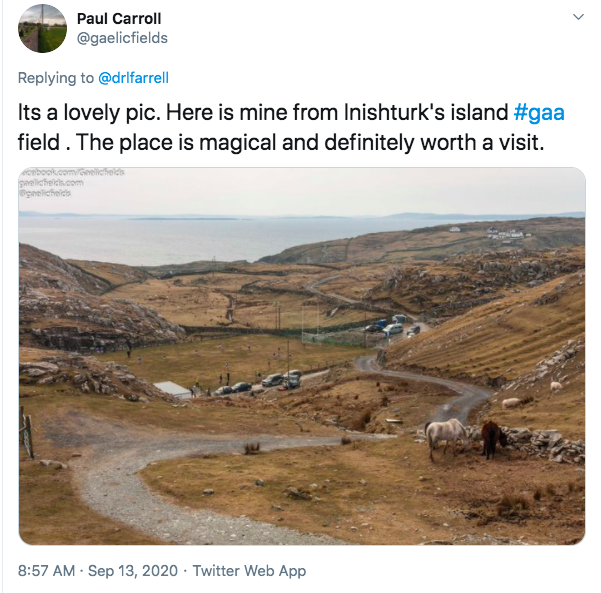 Vallymount GAA pitch is another beauty, at the tip of a landspit jutting into the River Liffey in Wicklow: Which do you reckon is the most picturesque place to play? Follow the thread or have your say here.

Read next: GAA confirms plans to proceed with All Ireland Championships in 2020

Make a break for Sligo: What to do in this stunning part of the Wild Atlantic Way

Sam Claflin on Enola Holmes, his favourite Sherlock, and the next season of Peaky Blinders