The Eiffel Tower has been on lockdown after someone was spotted climbing the iconic structure.

The media office for the French landmark said that the attraction was shut down and visitors were evacuated or made stay on certain levels of the tower as a rescue mission had to take place for the climber.

The man was spotted right under the third and highest level of the tower. "The Eiffel Tower has been closed and is in the process of being evacuated because a person is scaling it," a spokeswoman for the landmark said.

A spokesperson for the Paris Fire Brigade said that firefighters are at the scene and have established contact with the man climbing the tower.

Irish tourist Claire Murphy told CNN that the lockdown began at 2:55pm local time and that she was trapped on the top floor of the tower while the rescue operation takes place. 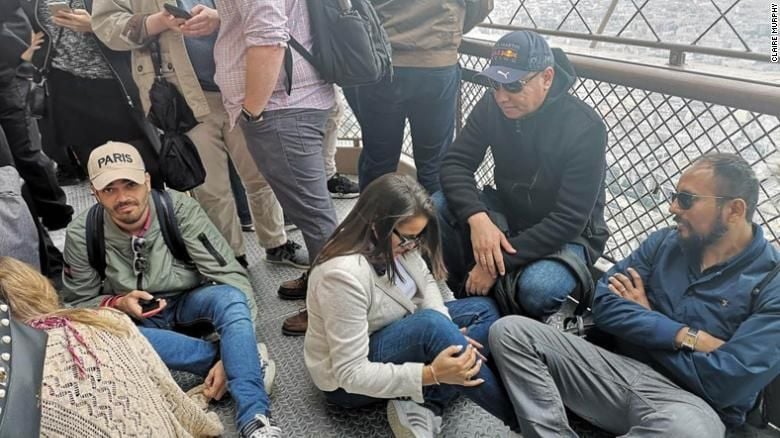 It is not yet known who the man is or what his intentions were.

Officials have not provided any more information about the incident and it's not yet known when the Eiffel Tower will reopen.